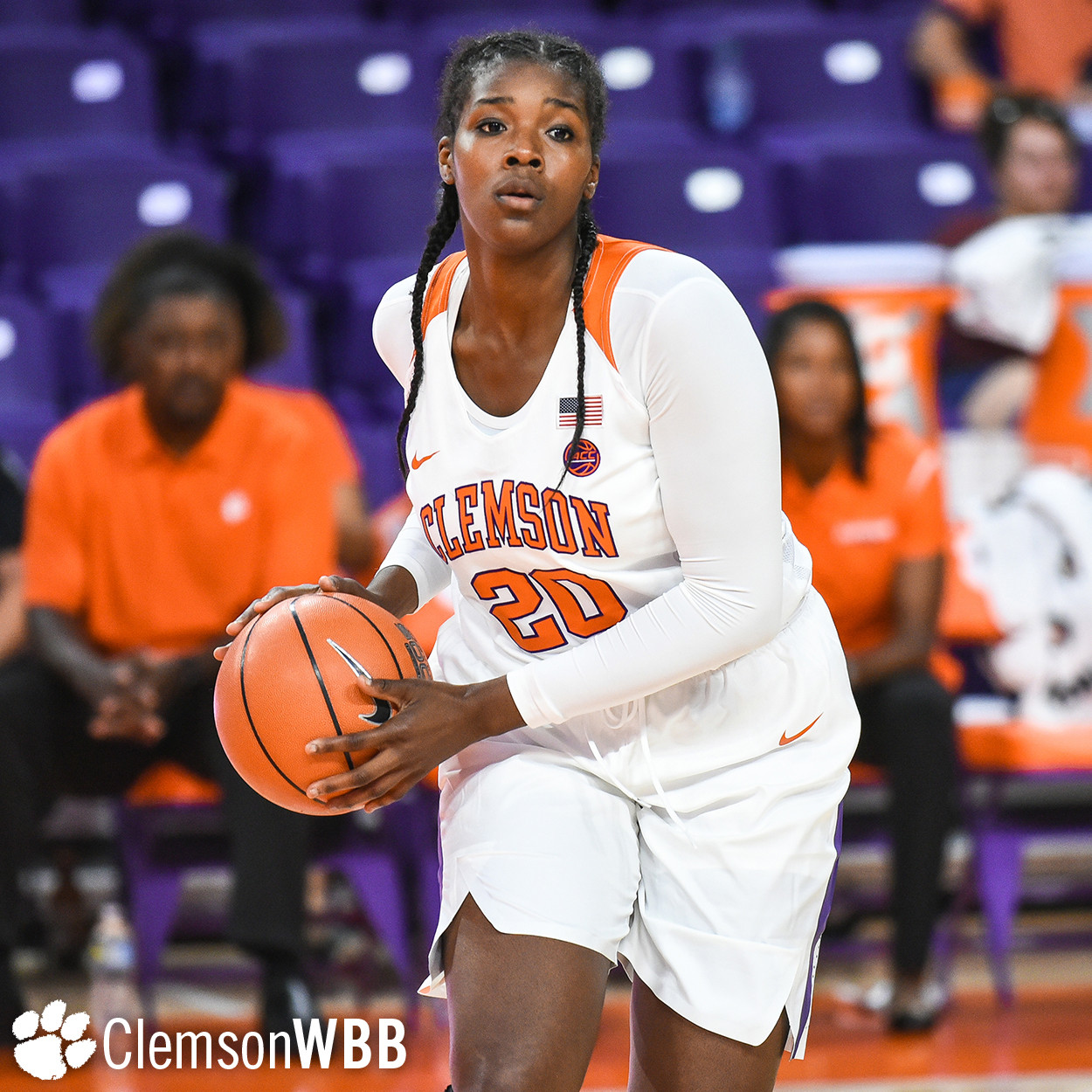 Clemson junior Sirah Diarra is currently in Abidjan, Ivory Coast representing the Canada-Quebec women’s basketball team that is competing at the 2017 Francophone Games. Prior to the trip, she was featured on a local television station.

Below is the English translation of the video transcript, thanks to Sirah herself!

“Before a game, I always have a little bit of stress. I’m in my own world. I listen to music and as soon as the game starts, all the stress suddenly goes away and it’s ‘let’s go’!

“My name is Sirah Diarra and I’m representing the Canadian-Quebec basketball team at the 2017 Francophone Games in Ivory Coast.

“I started taking basketball seriously around the age of 16 when I was playing at Champlain College Saint-Lambert. I decided then that I wanted to play at next level (NCAA Division I).

“During the week, every single player on the team is working to improve their game, and every day I was at the gym putting up shots. Now, the only thing we have to work on is our team chemistry. Knowing the strengths and weaknesses of every player on our team is very important.

“I was extremely happy to know the Games were going to be in Africa. My parents are both African – my mom from Congo and my dad from Mali – and therefore Africa has a special place in my heart.

“The ultimate goal is to finish in first place. I think we have a very talented and skilled team. Our team is composed of girls from everywhere; some play D1 basketball in the U.S. (Clemson, Maine, Toledo, NC State) and others play at the University level all over Canada. I believe we have a chance to be successful at the games. I have family that currently live in Ivory Coast, so we are ever going to have a little crowd.”