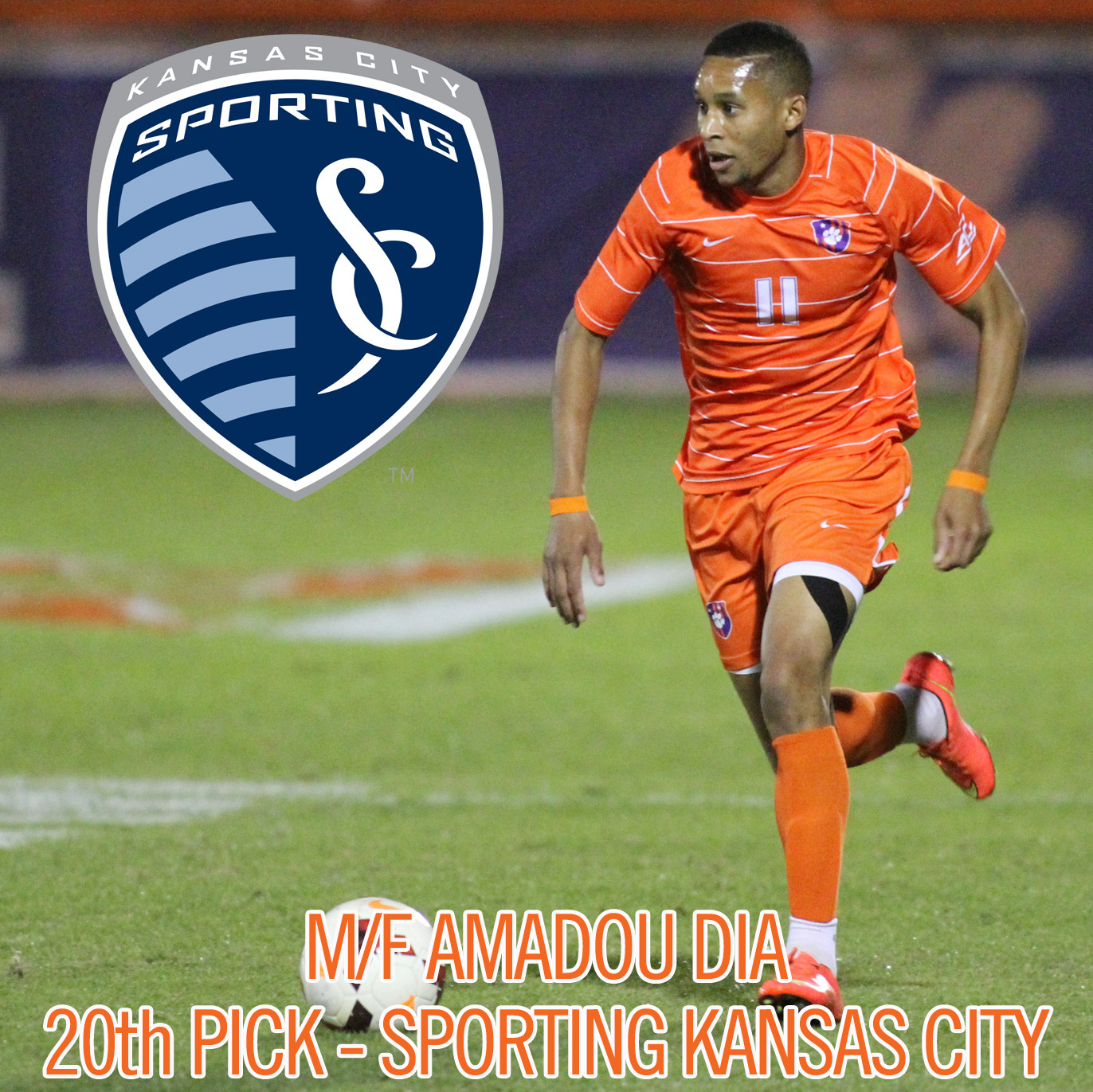 On Sunday, former Tiger Amadou Dia made his first professional start with Sporting Kansas City of Major League Soccer. Dia, who Sporting KC selected with the 20th overall pick in the MLS SuperDraft in January, was a four-year starter along the Clemson backline.

Honored to have played my first game @SportingPark, atmosphere was indescribable Thank you all 4 making it so special pic.twitter.com/eGs7TDKqEW

“Crowd is amazing. Stadium is amazing. Best fans I’ve played in front of.” – @Amadou_iT11 after his #SportingKC debut http://t.co/Dm0SIiVtd2

Dia’s start came against the New York Red Bulls in the regular season opener for both teams. The two played to a 1-1 draw. Two other former Clemson players earned spots on New York’s roster for the season. Manolo Sanchez, an offensive threat off the bench for Clemson’s ACC Tournament Championship team last season, was drafted 79th overall by the Red Bulls in January, while Dane Richards was signed last week after an invite to training camp.

With Dia’s start, Clemson becomes the only university in the country to have a MLS rookie start on opening weekend each of the last two years. Dia this year, and former Tiger Thomas McNamara did it last year with Chivas USA.

Another former Tiger, goalkeeper Joe Bendik, started in goal for Toronto FC in its regular season opener as well. Bendik notched six saves while allowing only one goal against the Vancouver Whitecaps.

Check back next week for more news and updates on former Clemson players in the pros. And, as always, follow @ClemsonMSoccer on Twitter for updates throughout the week.