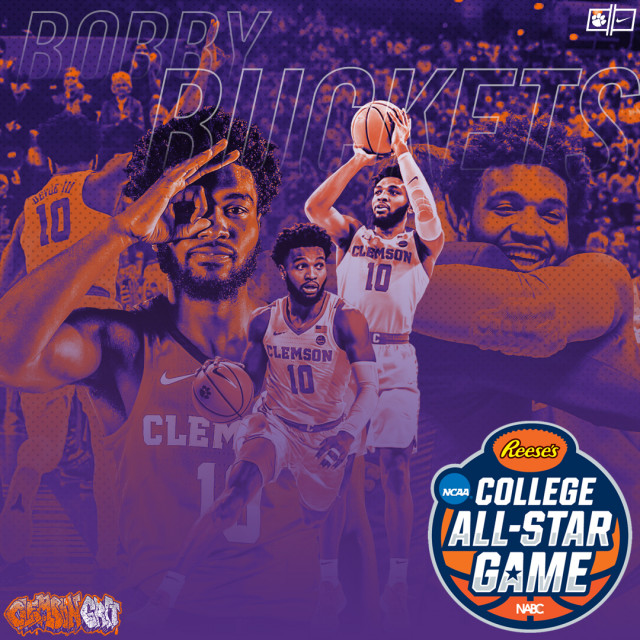 KANSAS CITY — Clemson University men’s basketball senior guard Gabe DeVoewas invited to participate in the 2018 Reese’s College All-Star Game on Friday, March 30 at 4:35 p.m. ET in the Alamodome in San Antonio, Texas. The game will be televised live on the CBS Sports Network.

DeVoe is a member of the East All-Stars and is the lone ACC player featured on the roster.

The Reese’s College All-Star game features two 10-man teams composed of some of the finest seniors from NCAA Division I. The game is played as part of the Final Four Friday, which also includes open practices for each of the teams competing in the Final Four.

The Reese’s College All-Star Game is free to attend for all NABC Convention registrants and guests, as well as the general public.