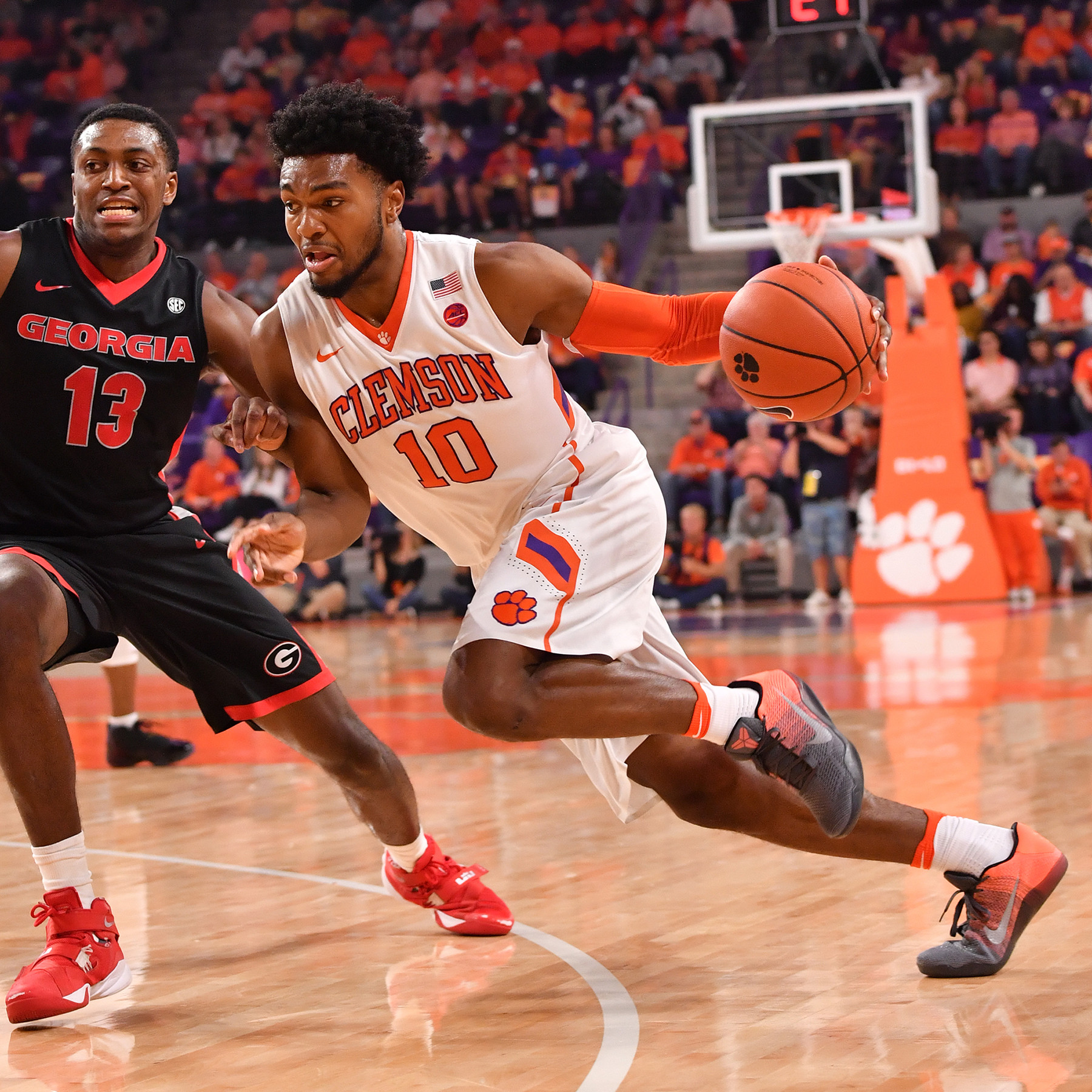 CLEMSON, S.C. — Gabe DeVoe and Avry Holmes were named to the 2017 men’s basketball All-ACC Academic Team, the conference office announced Wednesday. It is the first career honor for Holmes and second straight for DeVoe, two of 27 players named to the team.

DeVoe, a marketing major from Shelby, N.C., is seventh on the team with a scoring average of 7.7 points per game. DeVoe is second among all Tigers this season in assists (55), steals (33) and three-pointers (38).

Holmes graduated with a bachelor’s degree in communication in December 2016. He is currently enrolled in the athletic leadership master’s program at Clemson. The top three-point shooter in the ACC at 54 percent in league games, Holmes is second among all Tigers in scoring (10.9 points per game), and earlier this season surpassed the 1,000-point mark in his career.