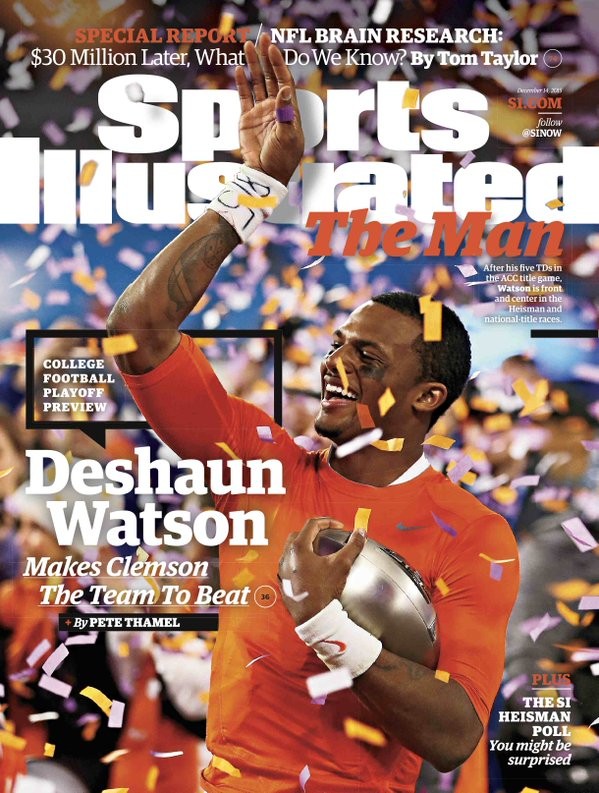 Watson’s first Sports Illustrated cover, which debuted on November 16, made him the second Clemson Tiger to be featured on the cover of the premier sports publication. His second appearance on the cover follows the Tigers’ ACC Championship win and names Watson “The Man,” highlighting him as “front and center in the Heisman and national-title races.”

Watson lead the Clemson Tigers to a perfect 13-0 season and an ACC Championship, advancing the team to the College Football Playoff Orange Bowl.