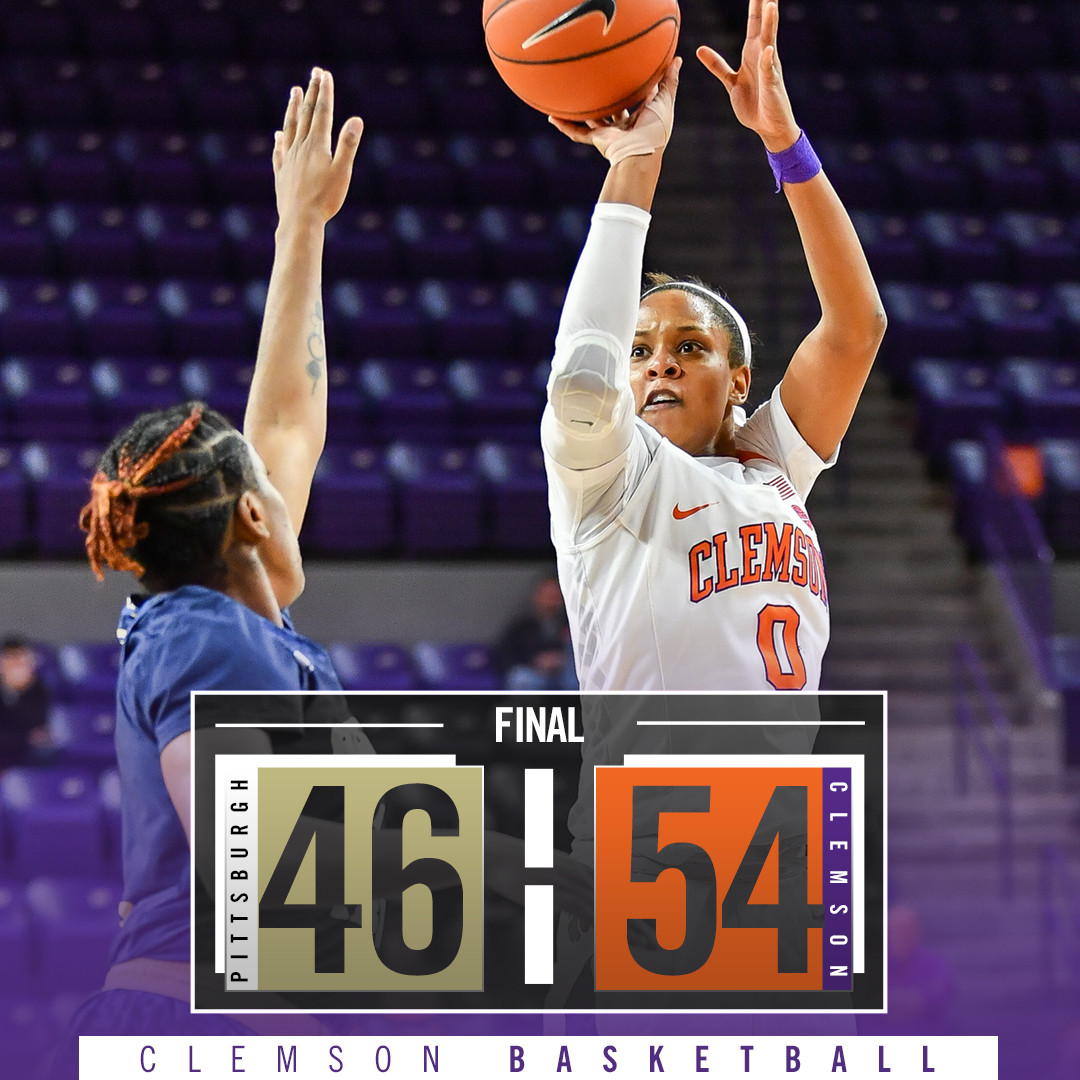 PITTSBURGH, Pa. – The Clemson women’s basketball team picked up a road win in the ACC on Thursday night, defeating Pittsburgh 54-46 at the Petersen Events Center. The Tigers held the Panthers to just 46, their second-lowest total of the season, and nearly eight points lower than their season scoring average. With the win, the Tigers improve to 14-11 (3-9 ACC), while the Panthers fall to 12-12 (3-8).

The Tigers led 23-22 at halftime, despite struggling from the floor, shooting just 24% from field goal range. Rebounding and defense kept Clemson going in the first half, as they outrebounded the Panthers 23-17, including 11-4 on the offensive glass. The Tigers also forced 12 Pittsburgh turnovers in the half, and capitalized by scoring nine points off turnovers, to the Panthers’ one. Junior Nelly Perry scored 10 points in the first half to lead the Tigers.

Clemson continued its solid play on the defensive end in the second half, and also picked up the pace offensively, shooting 44% from the floor. For the game, the Tigers outrebounded the Panthers 44-30, and 18-9 in offensive rebounds.

All seven players that played in the game scored for the Tigers, led by Perry’s 16. The Camden, N.J. native was 2-for-3 from three-point range and also grabbed six rebounds in the game. Freshman Jaia Alexander was also in double figures with 10 points and seven rebounds. Sophomore Aliyah Collier pulled down 14 rebounds, her 10th game of the season with double-digit rebounds. Collier picked up two offensive boards in the final minute of the game, which led to a nearly 90-second possession for Clemson. The Tigers were 7-for-7 from the free-throw line in the final two minutes of the game, which helped seal the victory.

The Tigers next travel to Miami to face the No. 16/17 Hurricanes on Sunday, Feb. 12. The game between Clemson and Miami tips off at 2 p.m. at the Watsco Center.