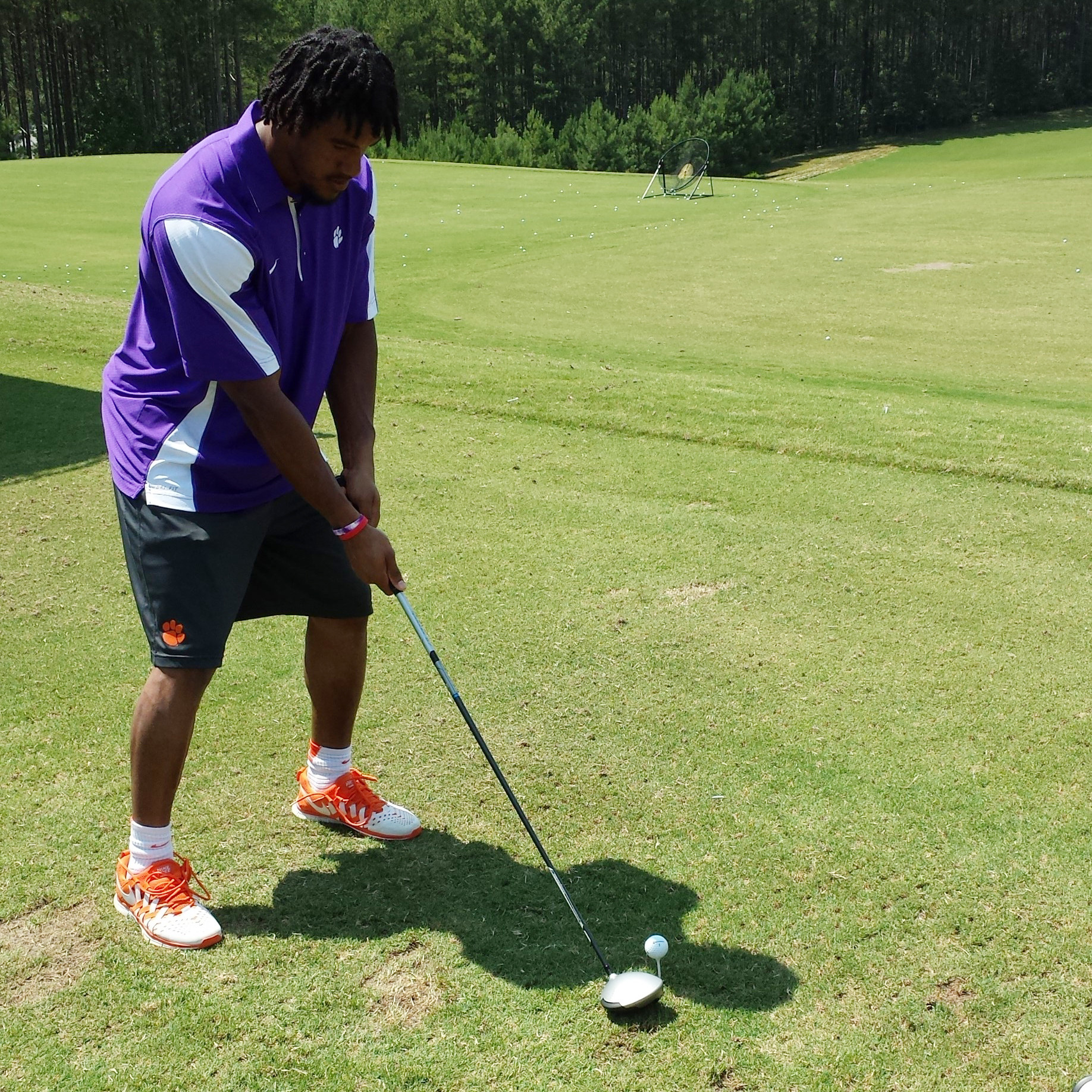 Day at The Reserve

The Tiger football team has gone hard for two weeks of training camp, and Friday the players and staff were rewarded with an afternoon of fun and games at The Reserve at Lake Keowee. Some played golf at the beautiful Jack Nicklaus designed course, while others enjoyed the spacious pools at the clubhouse. Many took the time to simply catch up on sleep, as meetings, weights and practice takes its toll this time of year.

Robert Smith showed prowess on the driving range, hitting ball after ball well down the range. And he did it in a rather surprising fashion … barefooted. If you’re honest with yourself, you may have never seen that before. He was joined by several players seeking instruction, including Vic Beasley, Grady Jarrett, Martin Jenkins and Josh Watson.

The self-proclaimed #beardgang – the members of the offensive line – actually had chairs inside one of the pools and were relaxing as if they were sitting out on the beach. Notice in the photo below that center Ryan Norton even posed across several of his teammates as the “hogs” up front truly enjoyed their time together.

A big thank-you is in order to the folks at The Reserve, which also hosts Dabo Swinney’s preseason media golf outing. The development really opened its doors to Tiger Football from 2-5:30.