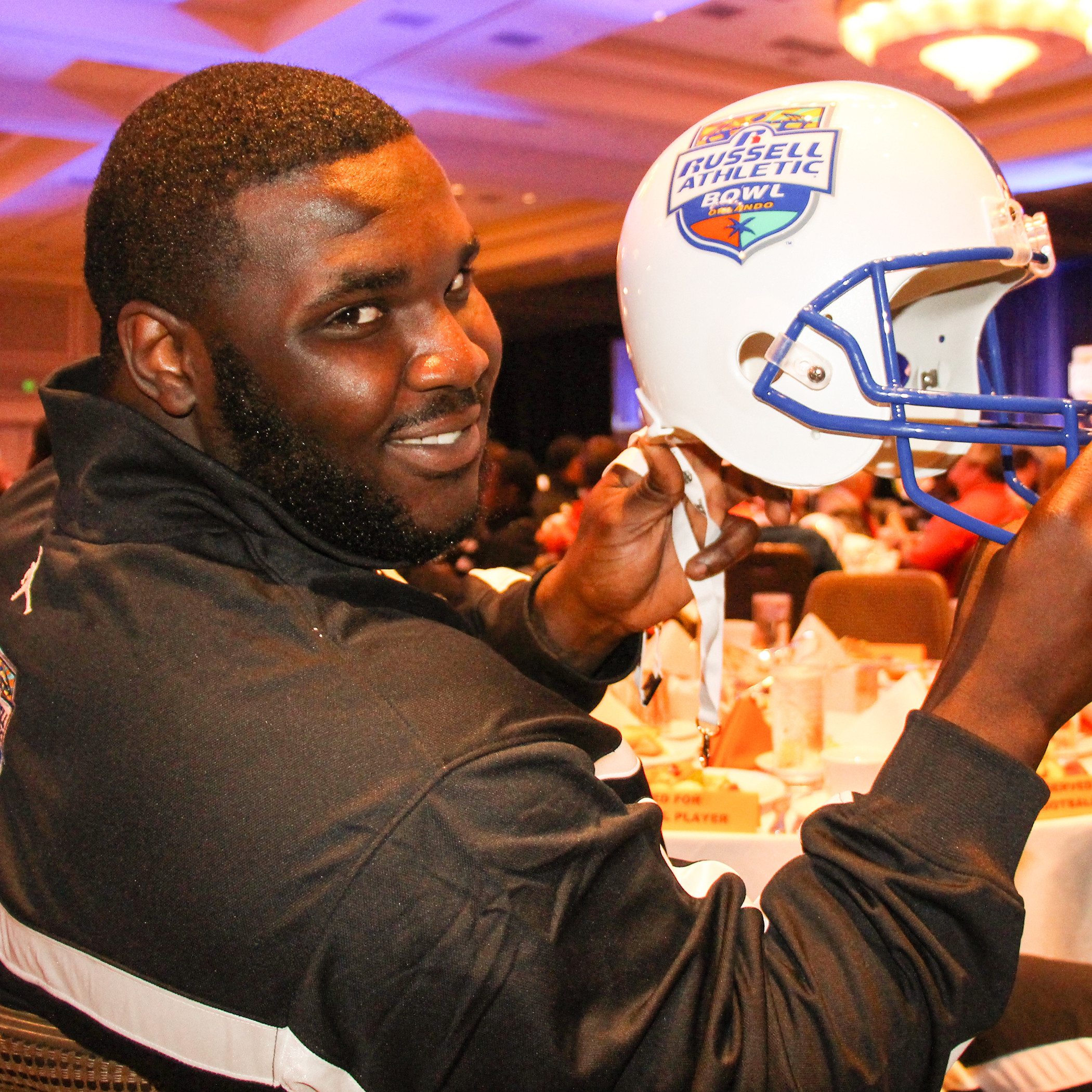 The eve of the Russell Athletic Bowl began with the official bowl press conference at the Tigers’ team hotel, featuring Clemson Head Coach Dabo Swinney and Oklahoma Head Coach Bob Stoops. The two posed for a picture with the trophy that goes to the winning team.

It was the best chance for the Oklahoma media to discuss different topics with Swinney, who obliged with his usual detailed answers.

Stoops, a native of Youngstown, Ohio, commented how he grew up following Cole Stoudt’s father, Cliff. The elder Stoudt played his college ball at Youngstown State before serving as a quarterback for the Pittsburgh Steelers just across the border.

Immediately after Swinney’s press conference, the bowl luncheon took place about 100 yards away in Clemson’s team hotel. Players, coaches and staff from both teams were in attendance, along with Clemson President Jim Clements and Director of Athletics Dan Radakovich.

At each table was a Russell Athletic Bowl helmet. One lucky person at each 10-person table won the helmet. Ryan Norton and D.J. Reader were two Tigers who sat at a lucky seat.

Jeannine Edwards, an ESPN sportscaster, was the emcee of the luncheon. The event began with Edwards’ back-and-forth with Swinney and Stoops on-stage. We found out that Swinney went to Alabama to become a pediatrician and had aspirations to have a career as one before his tenure as a coach.

Along with a fabulous meal, perhaps the highlight was the musical and vocal performance by Tiger linebacker Chad Richardson, who performed on the piano while singing Musiq Soulchild’s “Love.” He received a standing ovation from the Clemson contingent.

In the afternoon, the Tigers spent 30 minutes on their pregame walkthrough in the same ballroom that hosted the luncheon. The large room was wide enough for a full field and allowed the team to go over the gameplan in prepartation for Monday’s Russell Athletic Bowl against Oklahoma.

It was hard to believe just three hours earlier, the room was filled with hundreds of players and members of both programs along with tables, a stage and equipment.

The Tigers concluded the day with their normal pregame movie night at a local theater. After six great days in Orlando, Clemson is ready to hit the field for the first time in exactly one month since defeating South Carolina on November 29.

That wraps up the daily blogs for the Russell Athletic Bowl. We’ve had a great time sharing the Clemson Family experience the past six days. We’ll see you at Orlando Citrus Bowl Stadium on Monday at 5:30 p.m.!