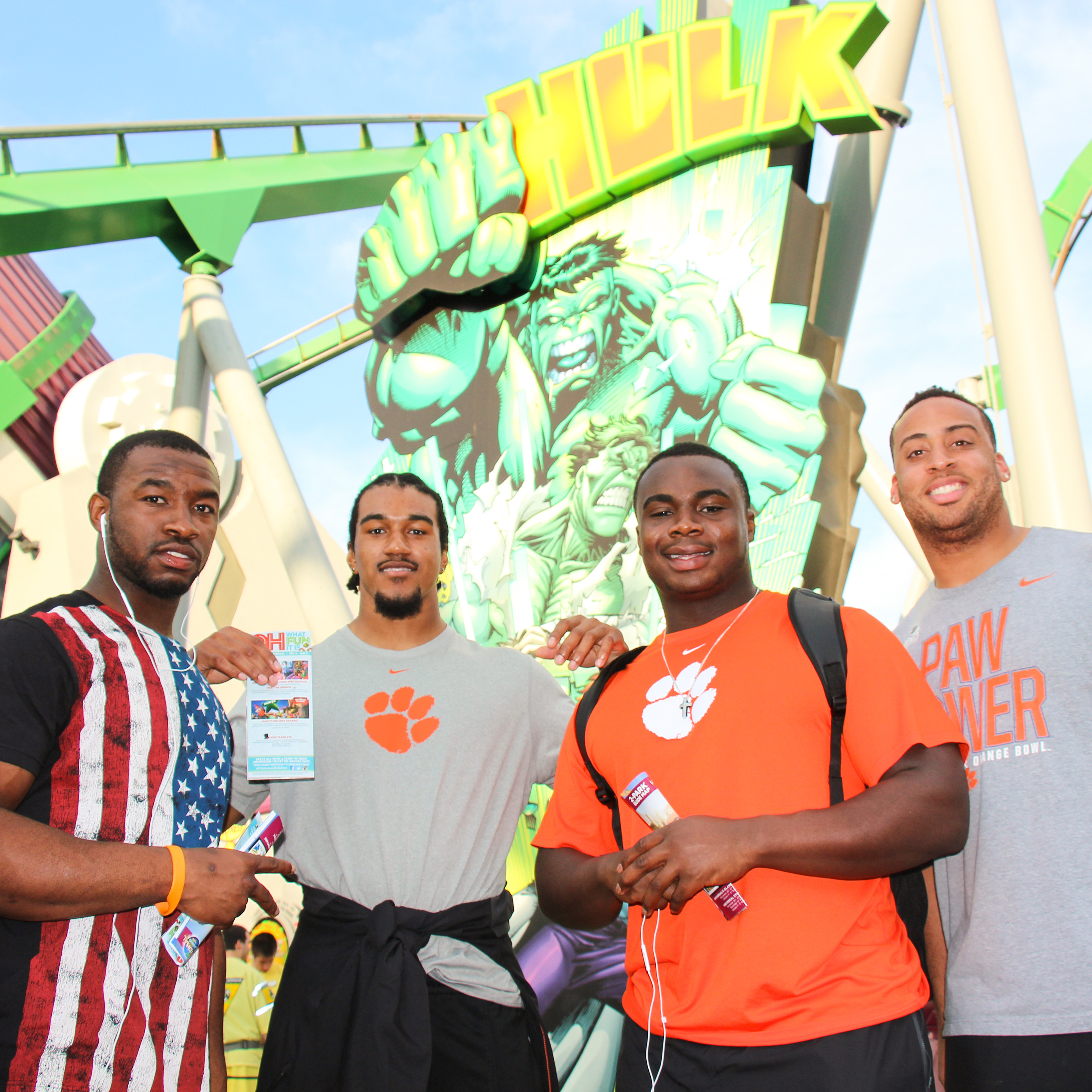 What a ride it’s been for Clemson’s 2014 senior class. For the last time in their record-setting careers, the seniors went through a practice in a Tiger jersey. Forty-one wins in four years has set a standard for future classes.

Like Wednesday’s practice in Orlando, heat played a major factor during practice, with temperatures rising into the 80s with high humidity. It was a day, one of only a few the past couple of months, the players actually looked forward to getting into the cold tubs after practice. Hard to believe it’s late December, but then again this is the second year in a row the Tigers have experienced the Florida heat in late December.

Garry Peters was one of 28 seniors who was excited to run around on the practice field for one last time. It was also the last practice for some seniors who have done a flawless job all season with little or no fanfare, which means they are doing their jobs. Two of those seniors are holder Corbin Jenkins and long snapper Michael Sobeski, who are hoping a large contingent of Clemson fans make the trek southward to Orlando on Monday.

Former Tiger quarterback Will Proctor (2003-06), who is a native of the Orlando area, stopped by practice with his wife, Fox News Anchor and Correspondent Ainsley Earhardt, along with his father and brother. Proctor met Deshaun Watson during practice and commented afterwards how mature and accomodating Watson was for speaking with the Proctor Family for 20 minutes, a testament to the young men Head Coach Dabo Swinney brings into the program.

The Tigers went straight from practice to a local Best Buy store. One of the team’s bowl gifts was a gift card from the electronics store. When the buses arrived at the store and players enthusiastically made their way in, it was like kids in a candy store.

For approximately 90 minutes, each and every aisle was filled with Tiger players. Ebenezer Ogundeko went straight for a new GoPro. Some, like Joe Gore and Vic Beasley, preferred Xbox One games. Others, like Garry Peters, had his ears on audio equipment. There were so many gadgets to browse through that some players had a difficult time choosing what to spend their gift-card money on.

The staff at Best Buy set up an area for Tiger players to lounge and watch the new and large curved televisions. Thanks to Best Buy for accomodating the large contingent of Clemson players and staff members.

The eventful day concluded with a trip to Islands of Adventure at Universal Studios Florida. Partly because it was near the entrance to the park, and partly because the players had heard so much about it, The Incredible Hulk Coaster was the ride most hopped on first. Artavis Scott and Deshaun Watson weren’t shy about taking the challenge.

Many players walked across the park to try out the The Wizarding World of Harry Potter, a section of Islands of Adventure with several rides. It was an afternoon that made many of the players, including the Mac Lain brothers and Ryan Norton, feel like kids again.

All the while, players heard the occasional, “Go Tigers!” from Clemson fans who were at the park.