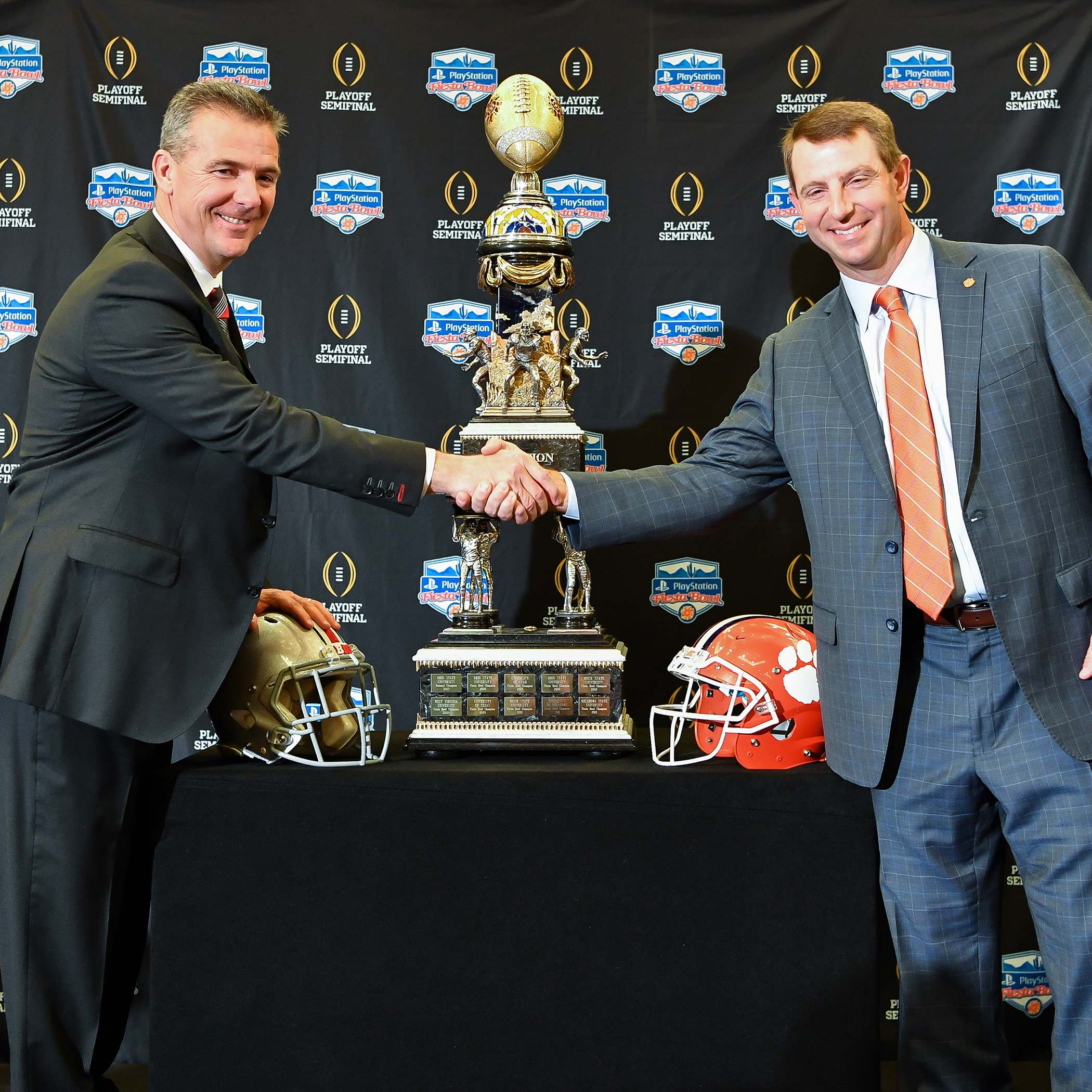 The two head coaches, Clemson’s Dabo Swinney and Ohio State’s Urban Meyer, held a joint press conference at the media hotel in the morning. Both had high praise for the opposing team, while Swinney also complimented his starting signal-caller, Deshaun Watson.

“Deshaun Watson’s poise makes him incredibly unique. It’s who he is when nobody is watching.”

Swinney also emphasized how important it is for his team to enjoy the moment and remember how his team has reached the pinnacle of college football.

“I’ve appreciated every step of the way. We try to stay focused on our core values.”

After the press conference, the two head coaches met at the Fiesta Bowl trophy for a photo shoot, one day before the two square off on opposing sidelines at University of Phoenix Stadium.

The Tigers traveled to Scottsdale Community College for the final time for a 30-minute walkthrough in the afternoon. After its fourth trip to the campus this week, Clemson is ready to make the return trip to University of Phoenix Stadium on Saturday, 355 days after its last game inside the dome.

After dinner at the team hotel, the team departed to a local movie theater for its customary pregame flick. After a players’ meeting with Swinney, the Tigers had an early curfew in preparation for their first-ever Fiesta Bowl appearance on Saturday at 7 p.m., EST on ESPN.

[View the story “Clemson Football – Day 5 in Arizona” on Storify]