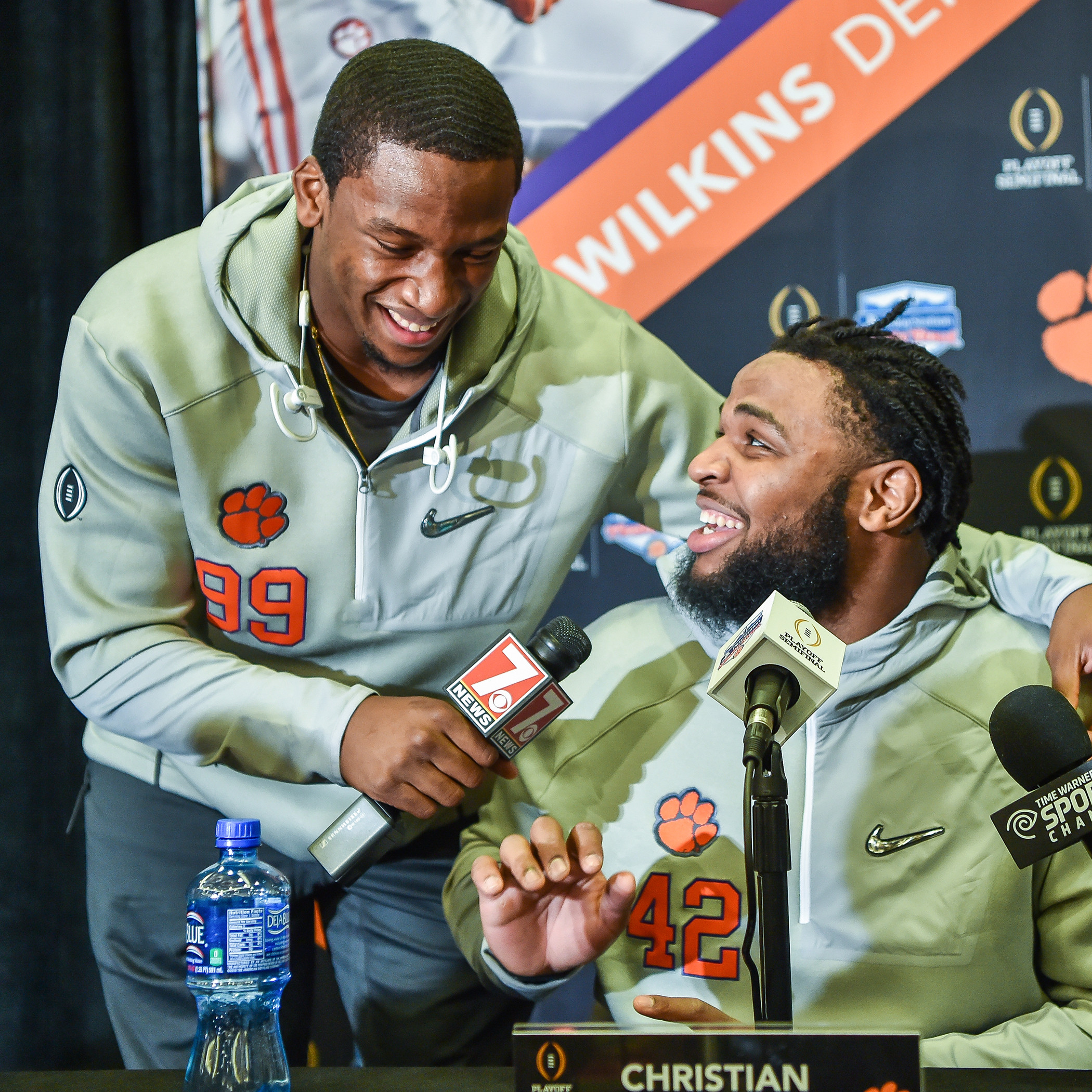 Every player and coach was on hand for Media Day in the morning at the media hotel. The Tigers were no strangers to the event that all teams participating in the playoff attend two days prior to gameday. Clemson experienced two Media Days during last season’s playoff.

Head coach Dabo Swinney began Media Day with 10 minutes of his typical homespun oratory in front of dozens of national media members. After Swinney’s 10-minute session, the media broke up and were able to interview all the players at tables. Some of the players, like Shadell Bell, took it upon themselves to conduct interviews of their teammates. Meanwhile, Ben Boulware sat in Christian Wilkins’ lap while they conducted a group interview.

After an hour, Media Day was over, ending media availability for the players leading up to gameday. However, Swinney will be available for a joint press conference with Ohio State head coach Urban Meyer on Friday morning.

Clemson’s “TEAM Thursday” practice, its final full practice before the Fiesta Bowl, was held in the afternoon, a few hours later than the Tuesday and Wednesday practice times. The practice in shells was 10 periods in length and saw a familiar face in former Tiger placekicker Chandler Catanzaro (2010-13), who has been the starter for the Arizona Cardinals for three seasons.

[View the story “Clemson Football – Day 4 in Arizona” on Storify]