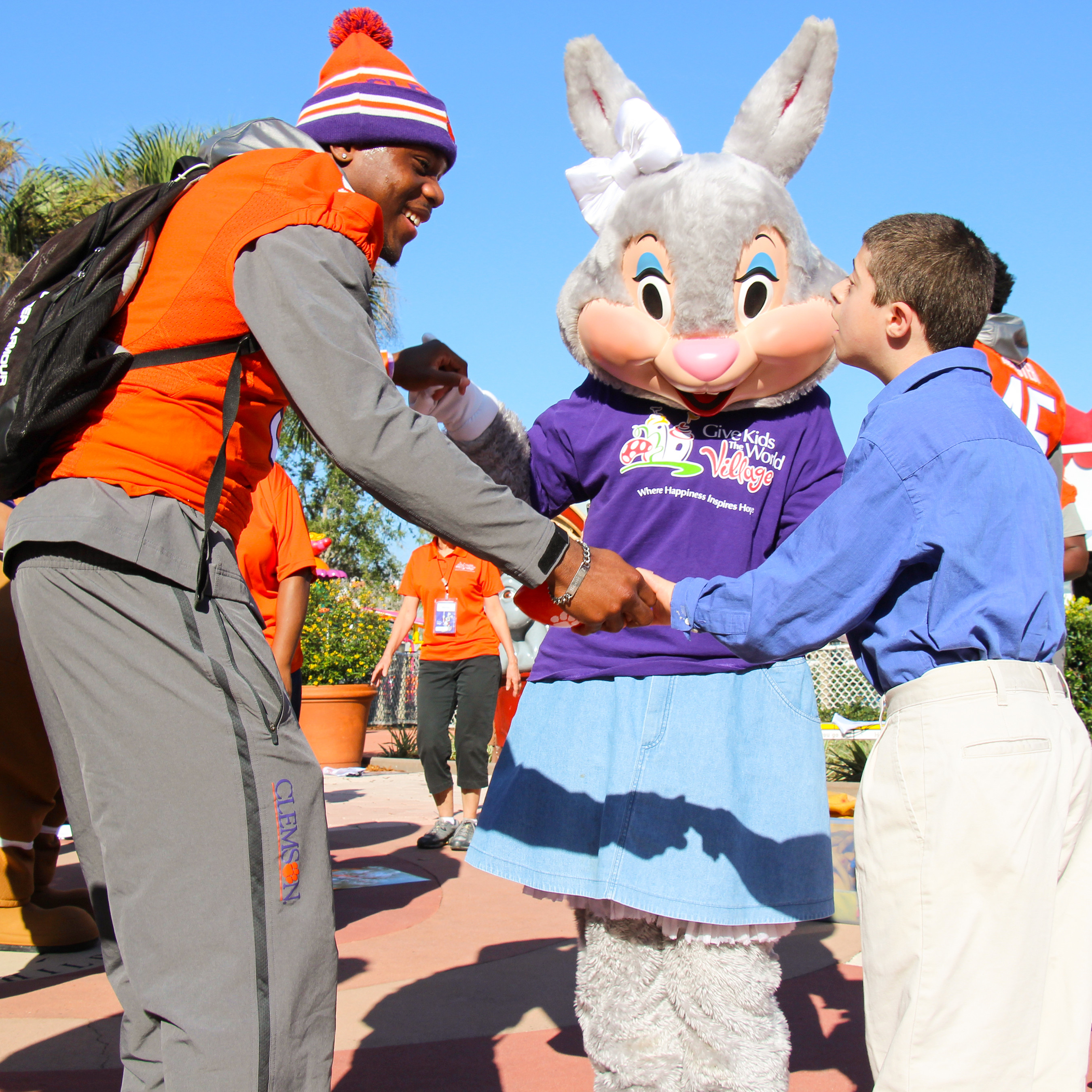 Give Kids the World Village Visit

After the afternoon practice, both Head Coach Dabo Swinney and senior defensive back Robert Smith were asked the same non-football question. And both responded the same way.

When asked about the team’s trip to Give Kids the World Village on Friday morning, both Swinney and Smith explained they had never heard about the facility, but left with great impressions that will last a lifetime.

“We began the day with an experience our players should remember for a long time,” said Swinney. “We went as a team to Give Kids the World Village. I never knew a place like that existed, and it was an impactful experience for all of us. It was special for our players, who were engaged with the children at the facility the entire time they were there. These are kids who are fighting very difficult illnesses.”

Give Kids the World Village is a facility where children fighting terminal illness can visit and enjoy life. The 70-acre facility has rides and amusement park activities for kids in addition to other outdoor sports activities. Families stay in homes on the facility free of charge, as the costs are paid for by benefactors. One of their slogans is, “Happiness inspires hope.”

After Clemson’s first two practices were held inside Orlando Citrus Bowl Stadium, Friday’s practice moved next door to Thunder Field, a natural-grass field. The Tigers worked 16 periods in picture-perfect football weather, not too hot and not too cold, including Associate Head Coach Dan Brooks working with his defensive tackles with his trademark intense look. Korrin Wiggins also enjoyed the Florida weather.

During practice, Clemson’s athletic communications staff walked over to the stadium to check out the on-going renovations. The press box has undergone a facelift. Although it is situated in the corner of the stadium, members of the media will enjoy the spacious and plush seating area.

On the field, stadium staff were busy at work painting the endzones with each team’s wordmark and the center of the field with the Russell Athletic Bowl logo.

The Tigers capped the day with a trip to downtown Orlando and the Amway Center to watch the Magic take on LeBron James and the Cleveland Cavaliers. The seats were in the upper level, but it gave a unique view of all the pageantry that occurs during an NBA game with the lights, music, etc.

Vic Beasley, Grady Jarrett and Robert Smith all enjoyed the game, which saw the Magic jump out to a lead for most of the first half. However, James’ game-high 29 points and eight rebounds rallied the Cavaliers to a 98-89 victory.