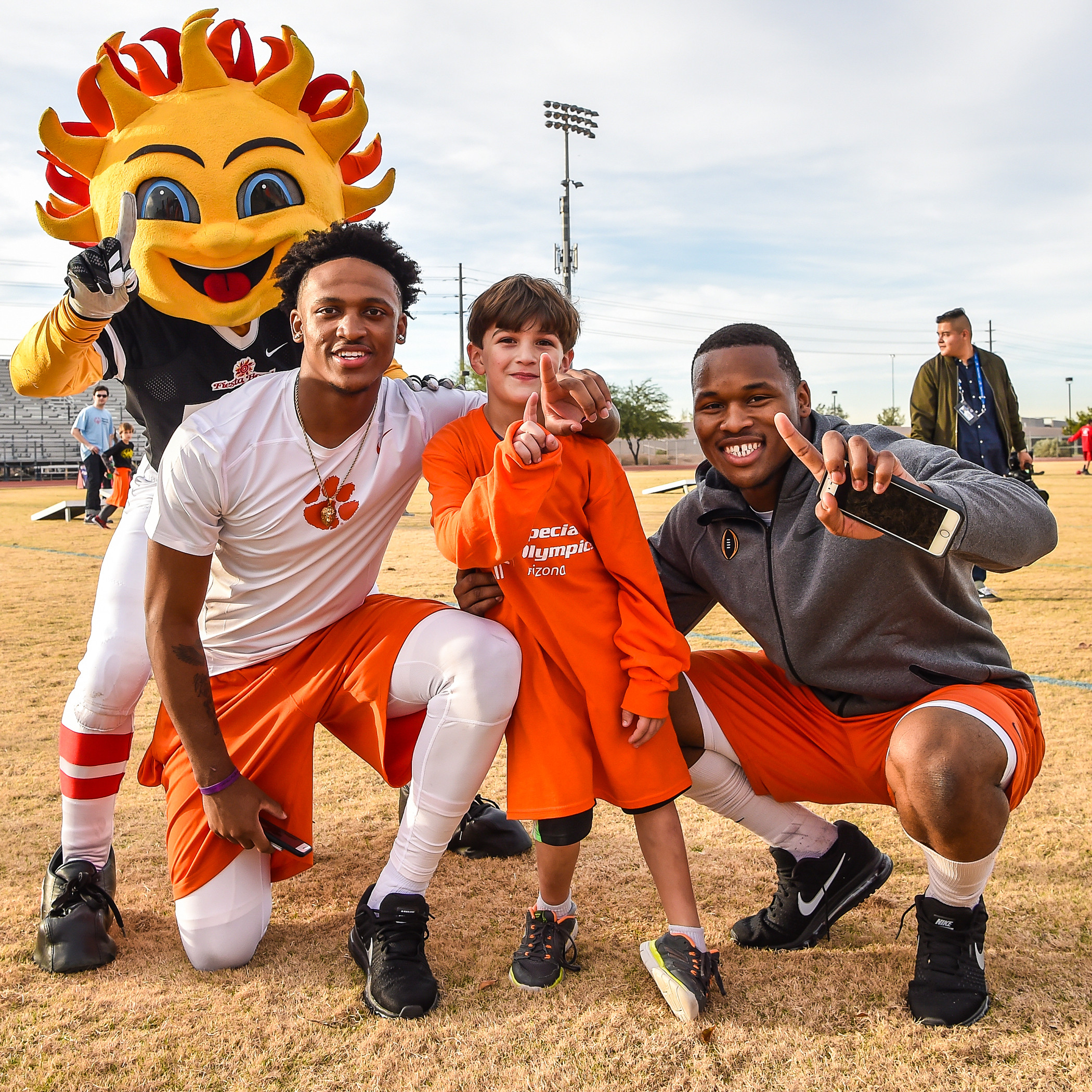 Five offensive players, Wayne Gallman, Jay Guillermo, Jordan Leggett, Deshaun Watson and Mike Williams joined offensive coordinators Tony Elliott and Jeff Scott for the offensive press conference at the media hotel in the morning. Scott, who turned 36 on Wednesday, joined Elliott in complimenting the Ohio State defense, one of the best in the nation. After the interview session, Watson did an on-camera interview with ESPN’s Samantha Ponder, who will be the sideline commentator for the Fiesta Bowl.

Clemson held another full-pads practice on Wednesday afternoon in Scottsdale. The “Workin’ Man’s Wednesday” practice saw the Tigers complete 16 periods. Ben Boulware and his teammates were in good spirits three days before the big game.

After practice concluded at Scottsdale Community College, 60 Tigers stayed on campus for some fun and games at a sports clinic with youngsters from Special Olympics Arizona. The players were divided into four groups of 15 players each, and the groups were matched up with 10 youngsters. The four groups spent 10 minutes at each station, which included a PlayStation tent with 10 video games, football drills, soccer drills and Cornhole.

The smiles on the faces of the Tigers were priceless as they spent some time away from the game with these inspirational kids. Perhaps the biggest smile was on the face of head coach Dabo Swinney, who led the Orange team around the course.

[View the story “Clemson Football – Day 3 in Arizona” on Storify]