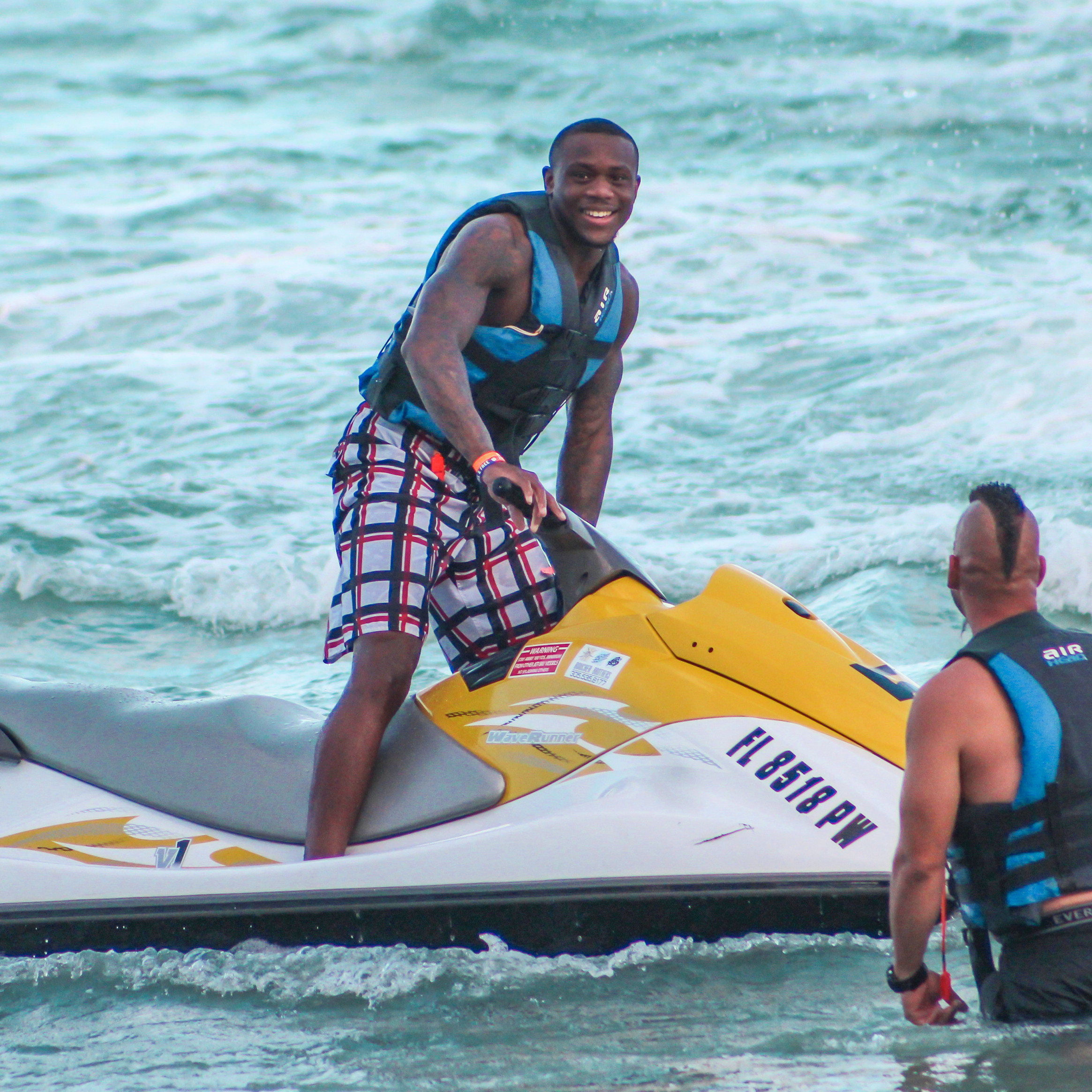 On Sunday, it was the offensive players. Monday morning, bright and early, five defensive players (Ben Boulware, Kevin Dodd, Shaq Lawson, D.J. Reader, Cordrea Tankersley) joined defensive coordinator Brent Venables to meet with a large group of media members. Many of the questions, to both Venables and the players, dealt with Venables’ tenure at Oklahoma. The players also gave due respect to the Sooners’ vaunted offensive attack with its many weapons.

The Tigers held their second practice at Nova Southeastern University. It was similar to Sunday’s practice, but this time with 18 periods, including two junior varsity practice periods. Music blasted through the sound system throughout practice as a steady breeze and warm temperatures persisted around the noon hour.

Head coach Dabo Swinney greeted a famous visitor in former Miami Dolphins star Dan Marino. The quarterback legend saw a loose bunch of Tigers on what was a normal Wednesday practice during the regular season. Zac Brooks’ father, Malcolm, and brother, Vonray, also came to practice in support of the senior running back.

After practice, the team returned to the team hotel on the water of the Atlantic Ocean. Food and fun awaited at the beach party.

Meanwhile, things got competitive with head coach Dabo Swinney and his players on the sand volleyball court. Swinney’s team, with the assistance of president Jim Clements’ daughter, Grace, won two of its games.

Once the winds calmed down, the players hopped on jet skis and caught some air with the big waves.

Clemson players and staff members wrapped up the day by watching Dwyane Wade, Chris Bosh and the Miami Heat take on the Brooklyn Nets at American Airlines Arena. Miami built a double-digit lead in the first half, but the Nets rallied for the 111-105 victory.

Head coach Dabo Swinney, who sat courtside, was introduced on the public address system during the first half and was also shown on the videoboard.

The Tigers ran into a familiar face upon leaving the arena. Former Tiger basketball player Tom Wideman (1995-99), his wife, Whitney, and sons, Ryan, Adam and Logan attended the Heat game. The youngsters were able to meet some of their favorite players. Wideman flew down from his home in Atlanta to watch the Tigers in Sun Life Stadium.

[View the story “Clemson Football – Day 3 in Miami” on Storify]