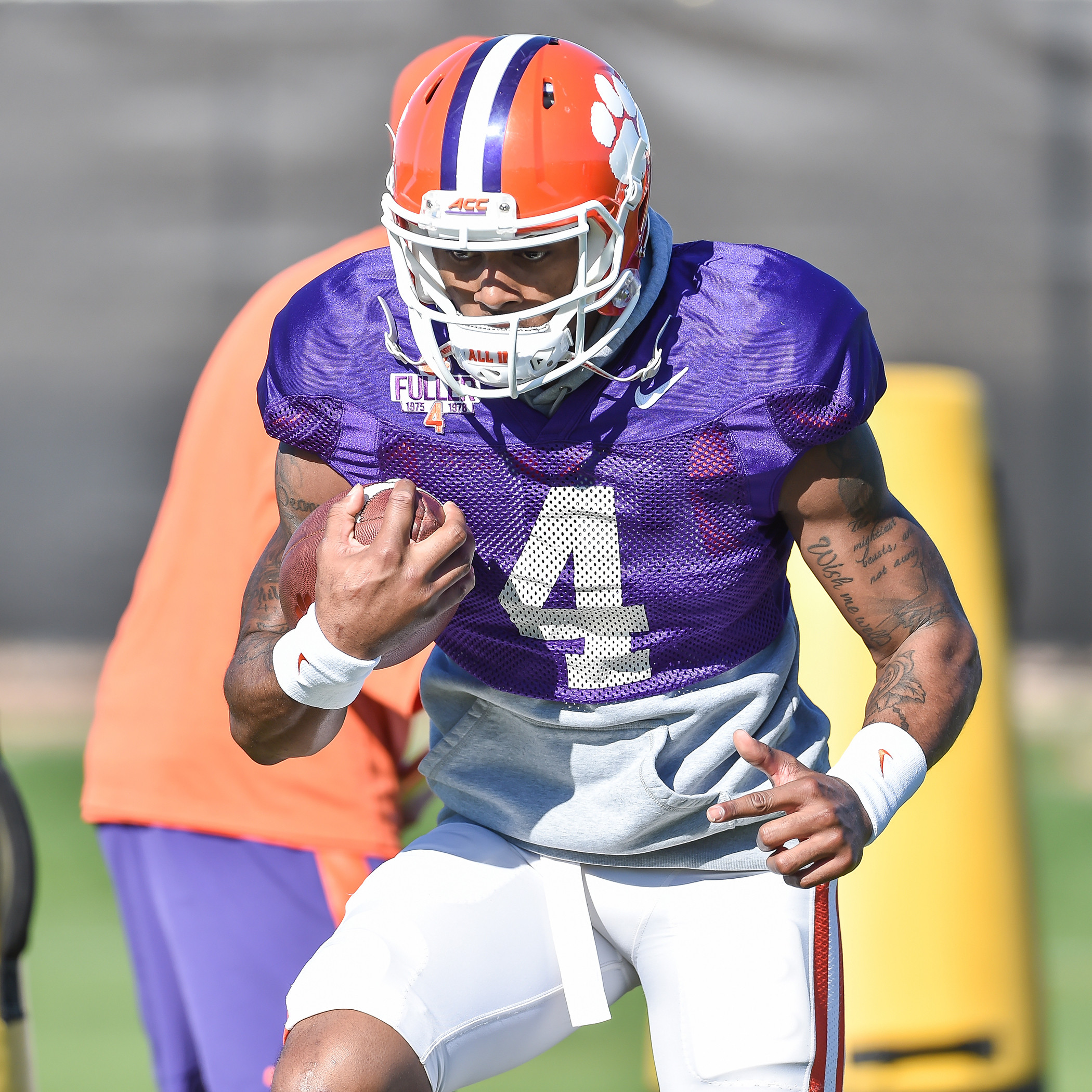 Five defensive players, Ben Boulware, Jadar Johnson, Cordrea Tankersley, Carlos Watkins and Christian Wilkins, joined defensive coordinator Brent Venables for a press conference at the media hotel. The six were separated into two groups, as they spoke in ballrooms for approximately 20 minutes before swapping with the other group. Wilkins, who earlier attended the FCA Breakfast, pulled a rare double by making it to both events. Wilkins charmed the media with his smile and personality.

Perhaps the most interesting news of the day came in the form of Watkins explaining how he played wide receiver, and not tight end, in high school at 275 pounds. His father played wide receiver, therefore Watkins wanted to follow in his footsteps. Of course he also played on the defensive line, the position he gained notoriety at Chase High School in North Carolina.

The Tigers got to work at a nearby community college, where they had plenty of room for their normal Tuesday practice. Sunshine and perfect weather was in store on the side-by-side practice fields with the picturesque mountains in the background.

With practice ending around 3 p.m., the Tigers returned to the team hotel and had plenty of time to enjoy the surrounding area. Meanwhile, some of the members of Clemson’s social media team took a drive up nearby Mummy Mountain to catch a glimpse of a spectacular sunset. It’s such a unique setting that Tiger players and fans don’t often get to enjoy, but it’s a sight worth seeing if you’re planning on making the trek for the Fiesta Bowl.

Another press conference, this time for the offensive players, and practice awaits on Wednesday in the Grand Canyon State.

[View the story “Clemson Football – Day 2 in Arizona” on Storify]