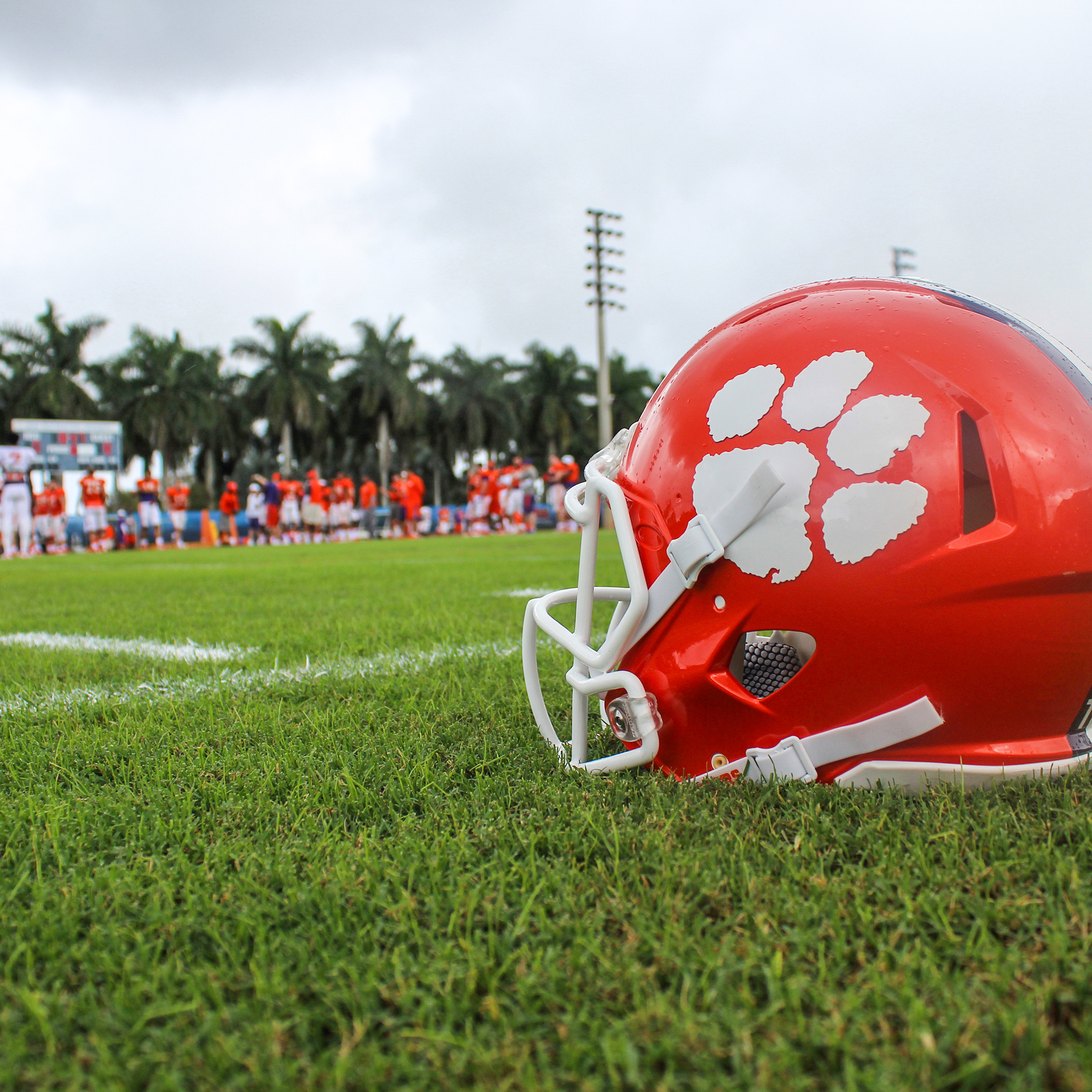 The first set of official interviews took place in the morning. On Sunday, it was five offensive players with the offensive coordinators. Tony Elliott and Jeff Scott along with Wayne Gallman, Jordan Leggett, Eric Mac Lain, Charone Peake and Deshaun Watson all met with the media at the media hotel. The Tigers gave high praise to Oklahoma on its Big XII championship season and know a different group of Sooners await Thursday at Sun Life Stadium from the one Clemson saw in the 2014 Russell Athletic Bowl.

After what felt like days being in Miami before the team’s first practice, the players finally hit the practice field at Nova Southeastern University in Fort Lauderdale for 20 periods, which included three junior varsity practice periods. It was the second time fifth-year seniors like Eric Mac Lain and Charone Peake had practiced on the field, which hosted the Tigers’ practices prior to the 2012 Orange Bowl.

Minutes after the team hit the field, light rain began to fall, but the typical south Florida shower lasted only 10 minutes. When the sun came out, temperatures climbed into the 80s. After practice, many players jumped into the cold tubs.

The Tigers saw a familiar face in former safety Charles Hafley (1998-01), who brought his son, Chase, to watch his alma mater. Hafley starred at nearby Blanche Ely High School and hails from Pompano Beach, Fla.

The Tiger players capped off their first full day in Miami with a big dinner at Fogo de Chao in Miami Beach. The restaurant had tables set aside for the party. The beef never seemed to stop, as players indulged in a limitless supply of good eats.

[View the story “Clemson Football – Day 2 in Miami” on Storify]