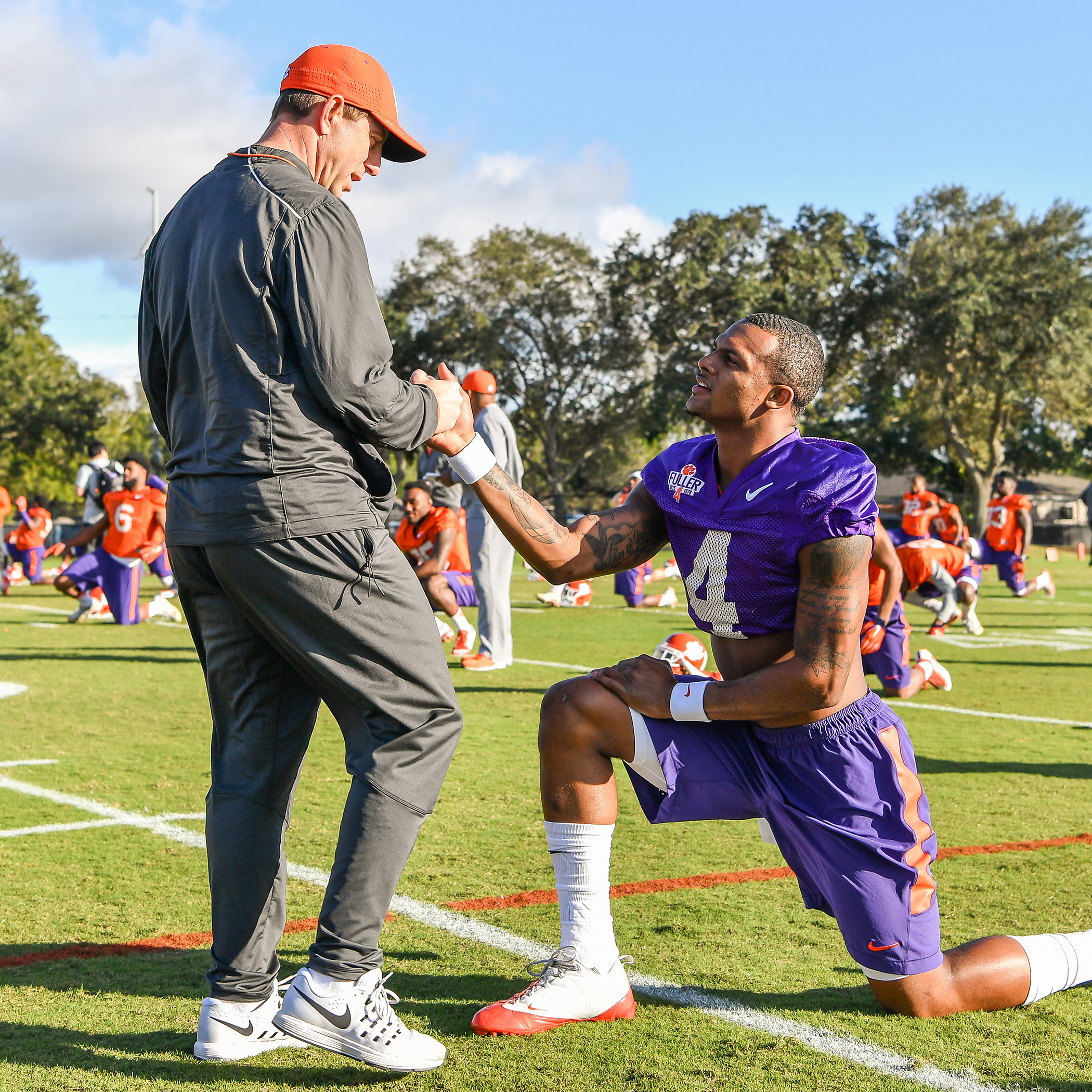 Just like prior to the Fiesta Bowl, all the Tiger players and coaches attended the hour-long Media Day in the morning. All the major media figures were on the floor of Amalie Arena in downtown Tampa to interview an array of players and coaches. Several ESPN networks were live during the entire hour. With Clemson’s fourth Media Day in the last two seasons, it has become a routine event for the Tigers.

In the afternoon, the Tigers made the short trip to Raymond James Stadium to get their first look at the site of Monday night’s game. It was a brief stay, as the team posed for a team picture in the stands. It was chilly and windy when the Tigers arrived, but just before the pictures were taken, the sun broke through, instantly raising the temperature at least 10 degrees.

Immediately after the team picture, the squad traveled less than a mile down the street to the Tampa Bay Buccaneers practice facility, a familiar place for former Tiger and current Buccaneer wideout Adam Humphries. In attendance were former Tigers C.J. Spiller, Kourtnei Brown and Jeremy Campbell.

It was a typical “TEAM Thursday” practice on a beautiful playing surface with plenty of sunshine.

[View the story “Clemson Football – Day 2 in Tampa” on Storify]