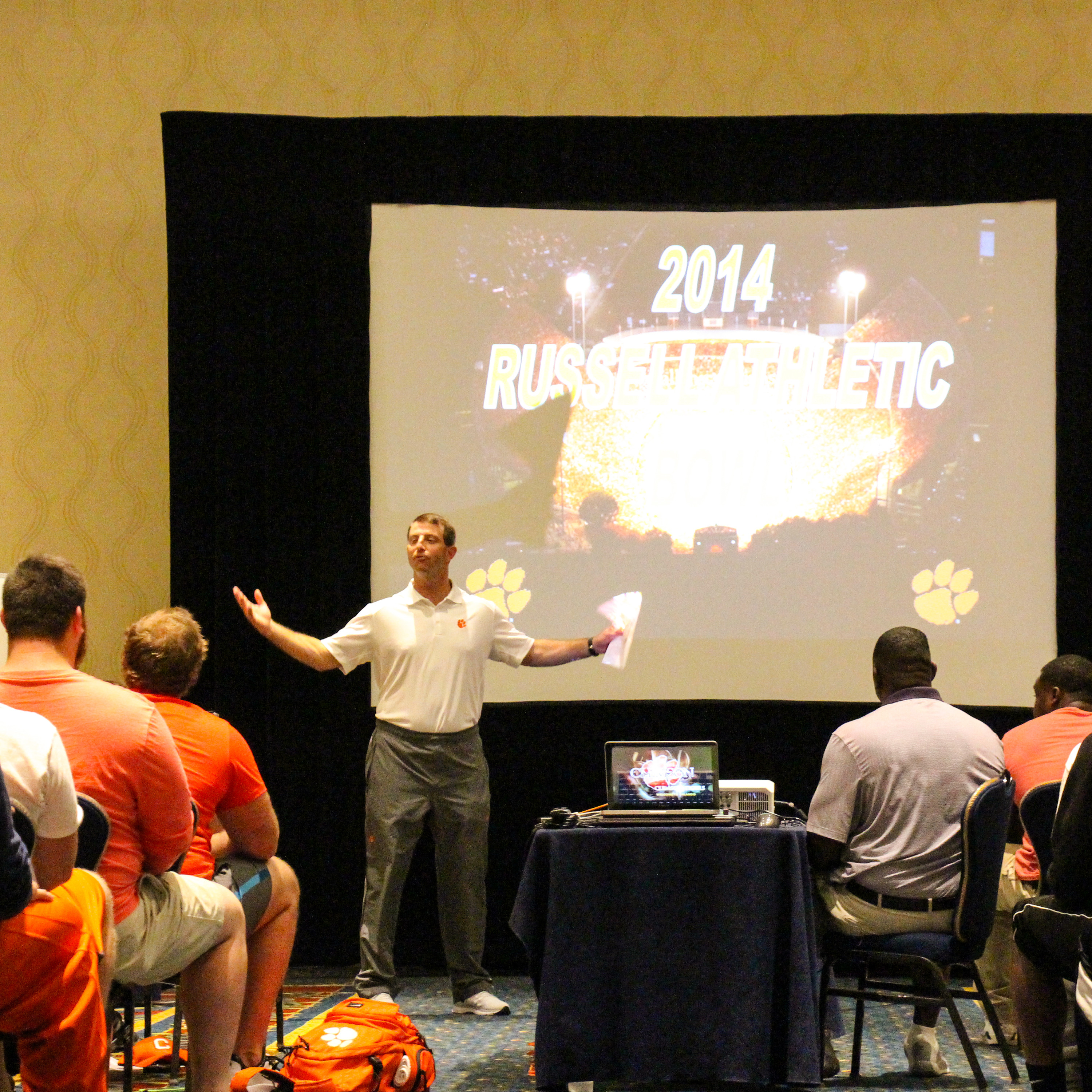 The Tigers have arrived.

After an eight-hour drive for many of the Clemson players and staff members, much of it through heavy rain, a warm and dry Orlando welcomed the team in preparation for the Russell Athletic Bowl on Monday.

Upon arrival, the team checked in to their rooms and many proceeded to the players’ hospitality room, a place where many will enjoy the next six days with games, food, computers and more.

Next up was the welcome meeting, where speakers ranging from liaisons to a police officer met with the players and staff to explain what Orlando has in store, including amusement parks, restaurants and nightlife among other scenes.

Head Coach Dabo Swinney then set the tone for the team, going over ground rules and the purpose of the trip…to “finish.” Clemson has a chance to become one of a handful of teams to total double-digit wins for the fourth year in a row.

But in the meantime, the players and staff members will enjoy all that Orlando has to offer.