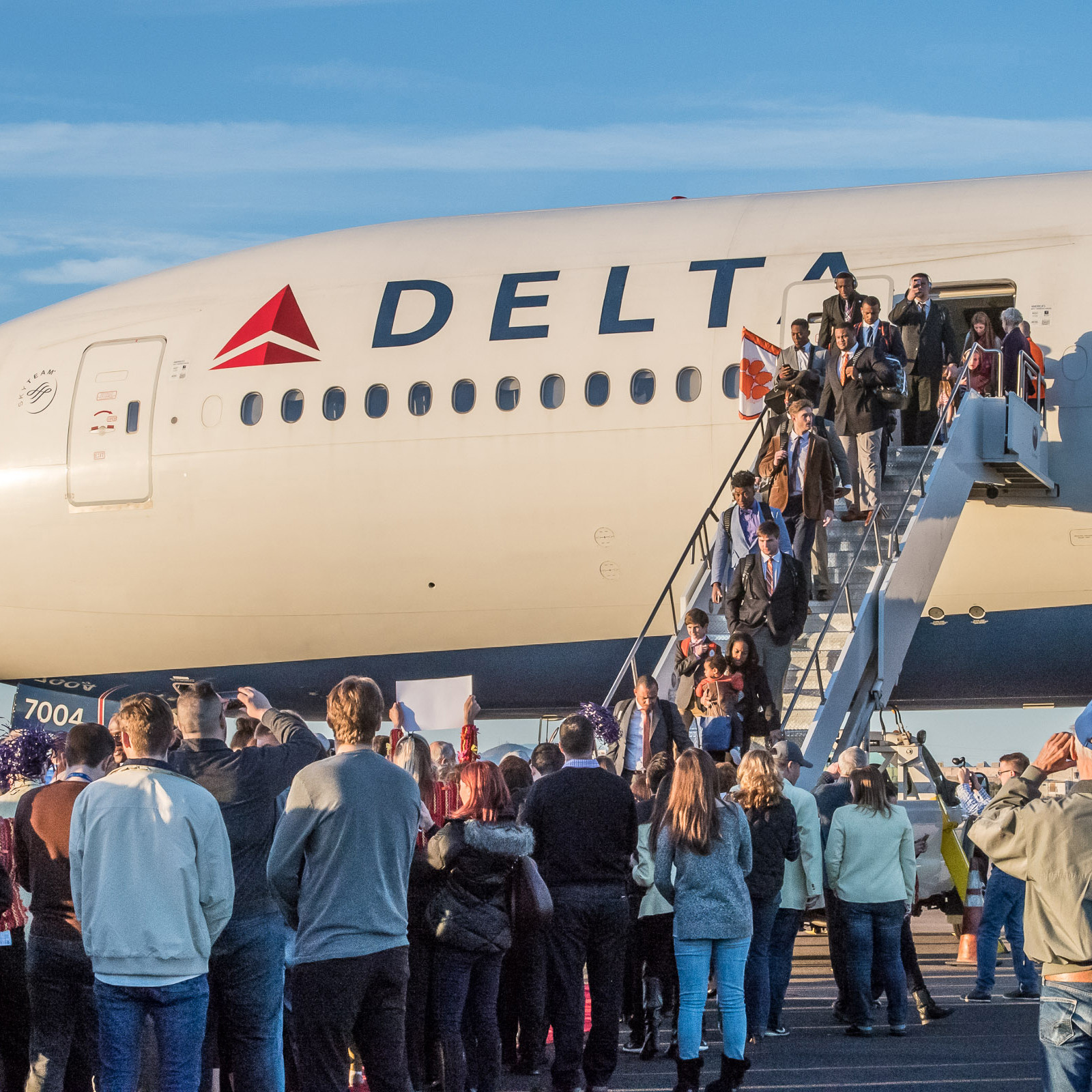 After a few days off for Christmas, the Tigers returned to Clemson and held one final practice, lasting about an hour, at Memorial Stadium in the morning. The weather was cooler than Christmas Day, when temperatures in Clemson reached the 70s. The practice ended with the team watching a highlight/motivational video that put the squad in the right frame of mind. Some of the defensive players carried senior linebacker Ben Boulware off the field in what might be his final practice at Memorial Stadium.

The Tigers then got a quick bite to eat, dressed in their business suits and boarded the buses. The team left Memorial Stadium to a good crowd of excited Tiger fans en route to GSP airport.

Leaving on a Jet Plane

A quick ride over to GSP airport and the Tigers boarded two planes, including a Boeing 777, packed full of players, coaches, staff and family members. Head coach Dabo Swinney made the rounds on the plane to greet the nearly 300 passengers, and the Tigers were off for the four-hour flight to Phoenix Sky Harbor International Airport.

The familiar PHX tarmac welcomed the Tigers to Arizona for the second time in the 2016 calendar year. A red carpet was rolled out with members of the Fiesta Bowl committee greeting the Tigers with smiles and high-fives. Buses with Clemson pictures and wordmarks were waiting, which took the Tigers on the 20-minute ride to the team hotel, a spacious resort spread across several acres.

After the players checked in, they were summoned to a Welcome Dinner at the team hotel. Shortly thereafter, the players and staff attended the team meeting, where ground rules were laid out and expectations were stressed. The Tigers were able to enjoy the cool evening in Phoenix, then got to bed in preparation for media availabilty in the morning and the first practice in the afternoon in Arizona on Tuesday.

[View the story “Clemson Football – Day 1 in Arizona” on Storify]