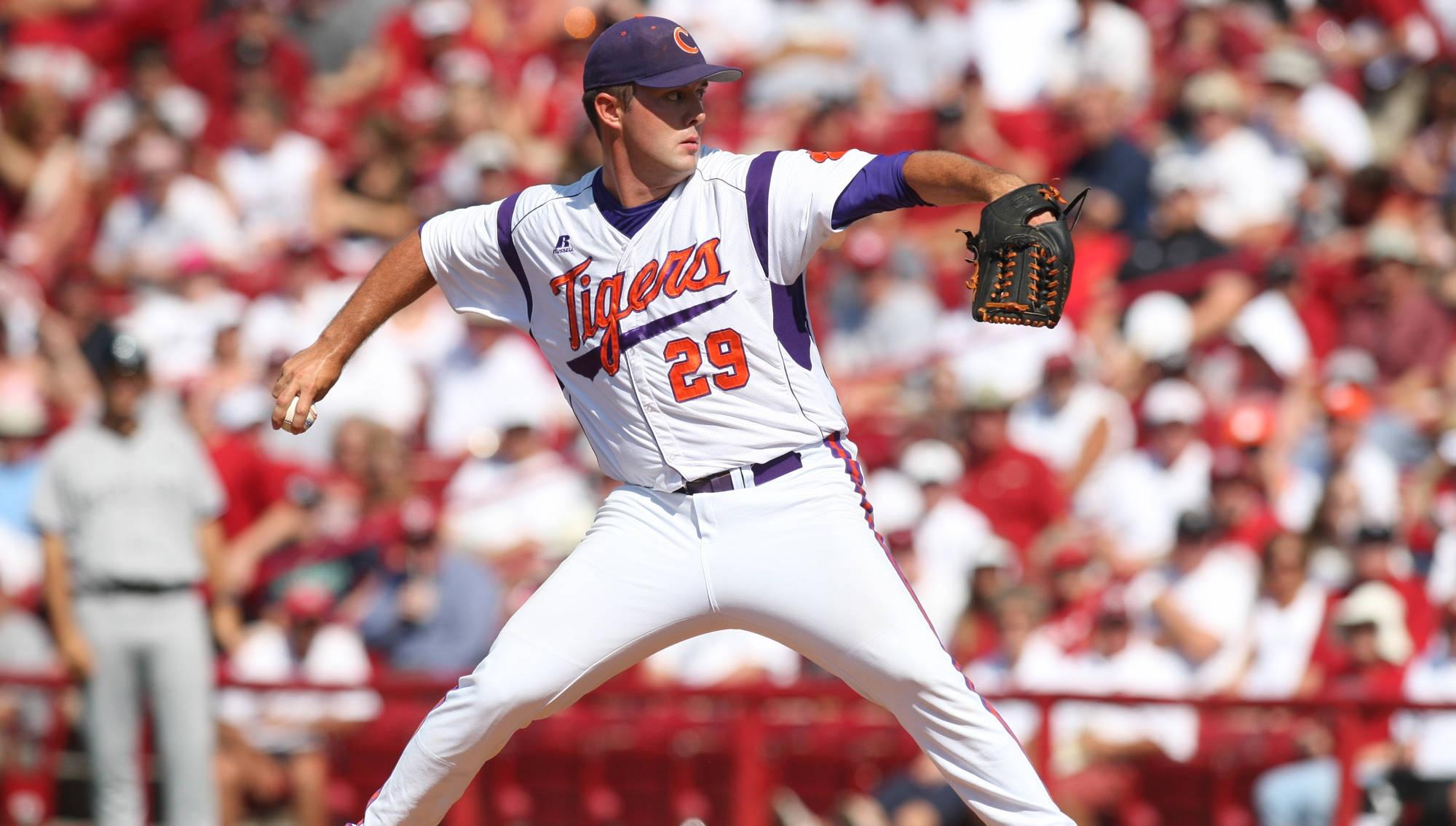 CLEMSON, SC – Former Tiger righthander David Haselden (Spartanburg, SC) signed a free-agent contract with the Chicago White Sox organization on Thursday.  Haselden, who lettered four times (2009-12) and was a member of four NCAA Tournament teams, will report to Bristol (VA), the White Sox rookie-level team in the Appalachian League.  He became the seventh Tiger from the 2012 team to sign a professional contract with a Major League franchise.Haselden had a 15-7 record, six saves, and a 3.39 ERA in 183.0 innings pitched over 72 appearances (12 starts) in his Tiger career.  He totaled 127 strikeouts against only 48 walks, as his 2.36 walks-per-nine-innings-pitched mark is 10th-best in Clemson history.  The two-time All-ACC Academic selection only needs to complete one semester’s worth of classwork to graduate with a degree in mechanical engineering.Haselden was a member of River City (O’Fallon, MO) in the Frontier (Independent) League earlier in the summer.  In his only appearance and start, he allowed just four hits, one run, and no walks with seven strikeouts in 6.0 innings pitched with the Rascals.