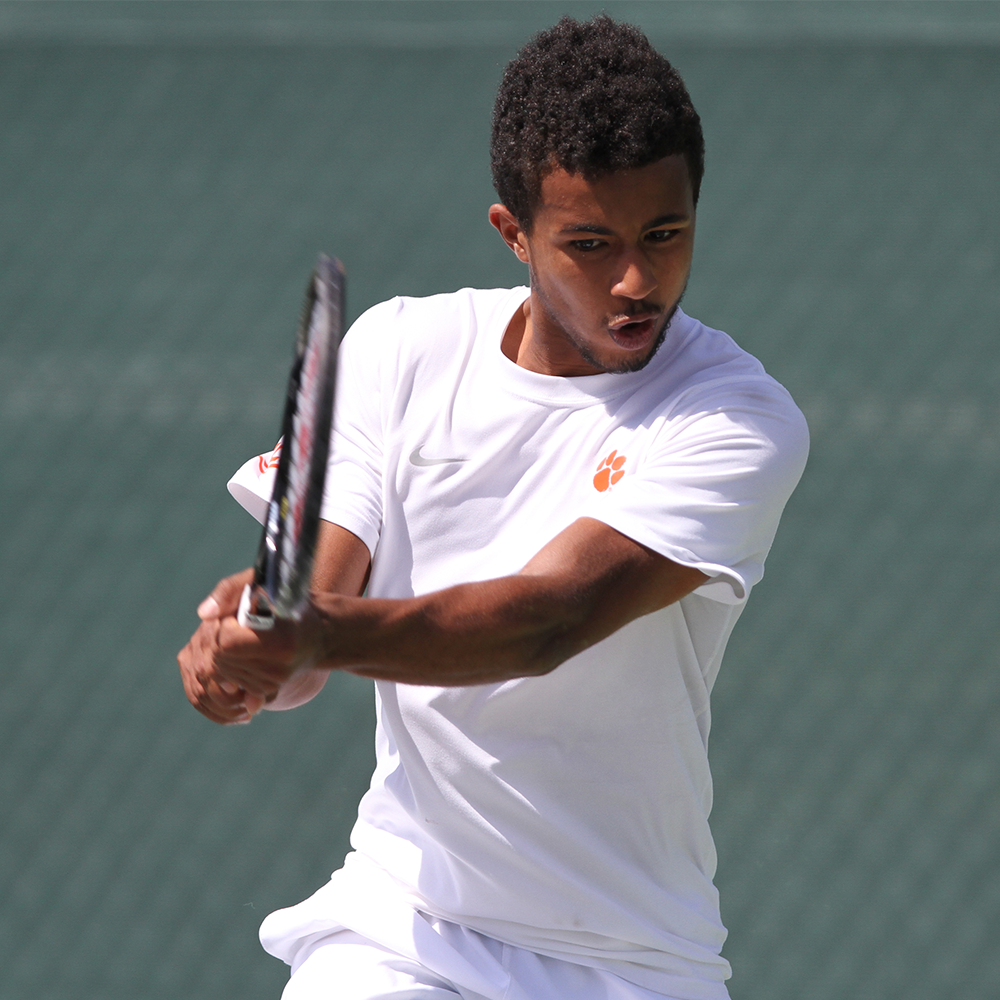 HANOVER, N.H. – The Clemson men’s tennis team fell to Dartmouth on the road in Hanover, N.H. on Friday night at The Boss Tennis Center. The loss dropped the Tigers to 1-2 while the Big Green improved to 3-0 to start the season.

“Dartmouth played with a lot of grit tonight. They are a hardworking team that came out ready to compete, and credit goes to the coaches and players,” said Head Coach Chuck McCuen. “We played solid in spots, with Daffra Sanon playing a very complete match. Alex Favrot was the last match on and competed at a very high level. We will continue to evaluate our lineup to find the right combination. We all look forward to getting right back at it tomorrow versus a good Penn State team.”

Dartmouth earned the early edge against the Tigers, gaining the doubles point. Austin Ansari and Christian Harris fell 6-4 at number three doubles against their Dartmouth counterparts. Robert Dudley and Luke Johnson traded blows with Dartmouth on court one, but came up short, losing 6-4. On court two, Alex Favrot and Daffra Sanon continued to battle in a tight match, ultimately dropping the match in a tiebreak 6-5(8-6).

Dartmouth picked up the first three points in singles play, with wins at court one, four and five, to clinch the team victory. Sanon, who won his first set 6-4, claimed his second set 6-3 on court three to claim the lone point for Clemson. Favrot was closely matched on court two, taking set one into a tiebreak before coming up just short, 7-6(4), 7-5.

Clemson looks to bounce back when it faces Penn State on Saturday. The match will begin at 2:30 p.m. at the Boss Tennis Center in New Hampshire. In-match updates will be available on Twitter @ClemsonMTennis.