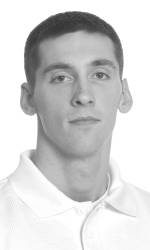 “We’re really happy to have Darric and his family become a part of this program,” Brownell said. “He comes highly recommended and has gained a great deal of experience working with NBA-caliber players in his time at Kansas. I know he’s excited about the opportunity to run our program here at Clemson.”

During his time at Kansas, Honnold was directly responsible for the strength & conditioning efforts for baseball. He also worked with the women’s basketball team from 2002-04, during which time he assisted with the men’s program as well. Honnold served as the interim men’s strength & conditioning coach in 2004 for several months, and continued to train former Kansas players who went on to the NBA during their summer offseasons.

Honnold also worked with swimming & diving and track & field, helping numerous All-American student-athletes that went on to professional careers, including some that competed at the 2008 Olympic Games in Beijing.

“I’m excited about the opportunity to serve the Clemson family,” Honnold said. “I’ve heard nothing but great things about Head Coach Brad Brownell and his staff. I look forward to developing our student-athletes.”

Prior to his tenure with KU, Honnold worked at Division II Winona State University in Minnesota as a graduate assistant strength & conditioning coach from 2000-02. He assisted with the creation and development of the school’s first wellness center and strength & conditioning program. He also helped implement training programs for football, men’s basketball and women’s soccer, which combined to win multiple Northern Sun Intercollegiate Conference championships in his two years at the school.

Honnold was a volunteer strength & conditioning coach at his alma mater, Iowa State University, from 1997-2000. He assisted with the implementation of training regimens for multiple sports, including the Cyclone men’s and women’s basketball teams which both won the Big XII Tournament and advanced to the Elite Eight and Sweet 16, respectively, in the NCAA Tournament.

He earned an undergraduate degree in exercise science from Iowa State in 2000. In 2002, he received a master’s degree in educational leadership at Winona State. A native of Des Moines, IA, he and his wife, Candice, have four boys – Dominic, Cael, Caden and Luigi.