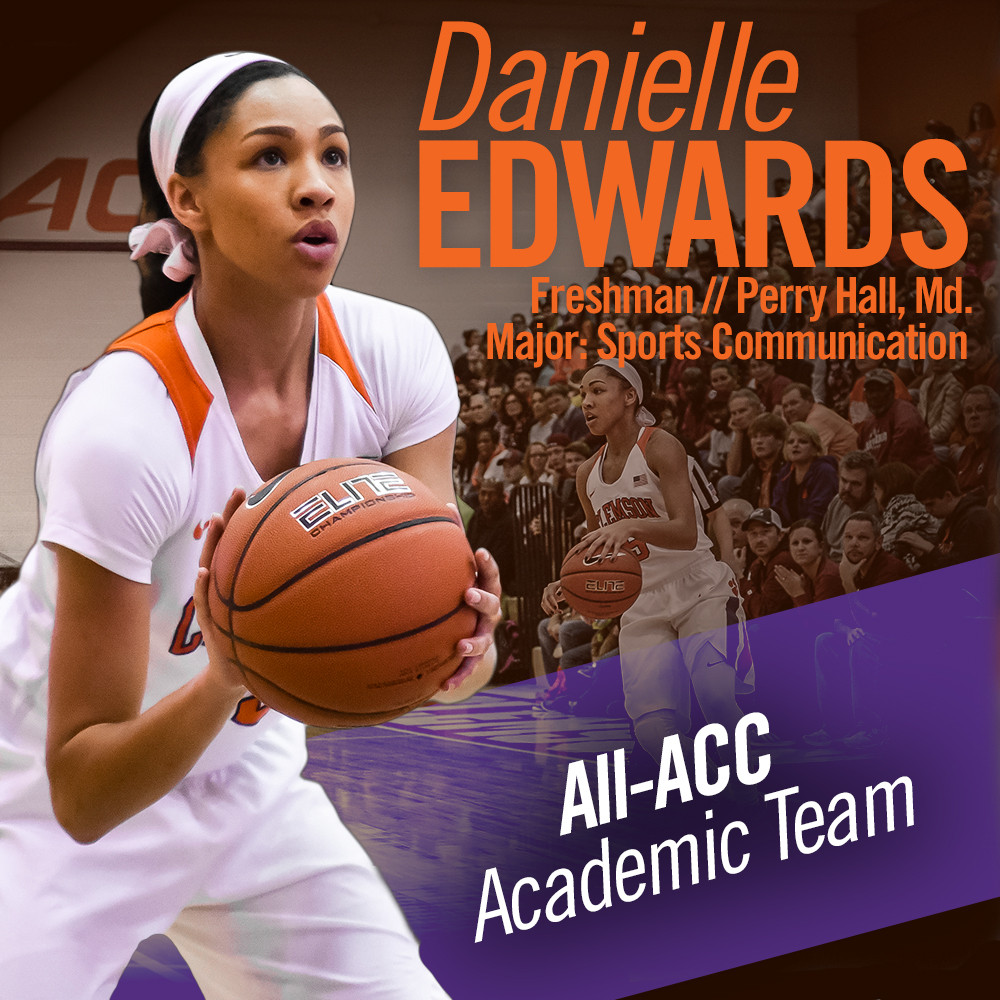 GREENSBORO, N.C.- Danielle Edwards, a freshman Sports Communication major from Perry Hall, Md., was named to the 2016 Women’s Basketball All-ACC Academic team, as announced by the conference office on Thursday. Edwards holds a 3.83 GPA and was the second leading scorer for the Tigers’ this season at 8.7 points per game.

Edwards started all 30 of Clemson’s games and led the team in assists (84) and steals (69). She scored in double-figures 11 times this season and poured in 20 or more points on three occasions, including a career-high 23 points at Oregon on Nov. 24. As a point guard, she recorded four double-doubles and ranked second on the team in rebounding, grabbing 4.2 rebounds per game.

It is the sixth straight year that a Clemson player has been named to the All-ACC Academic team and Edwards is the eighth Tiger to be named to the list, now in its 19th year. Edwards is the 42nd academic All-Conference player under Coach Audra Smith and the third Tiger, joining Tiffany Lewis in 2015 and Kelly Gramlich in 2014.

In addition to being named academic All-Conference, Edwards was also named ACC Rookie of the Week on Dec. 28, following her 20-point performance in a win over UNC-Asheville on Dec. 21.