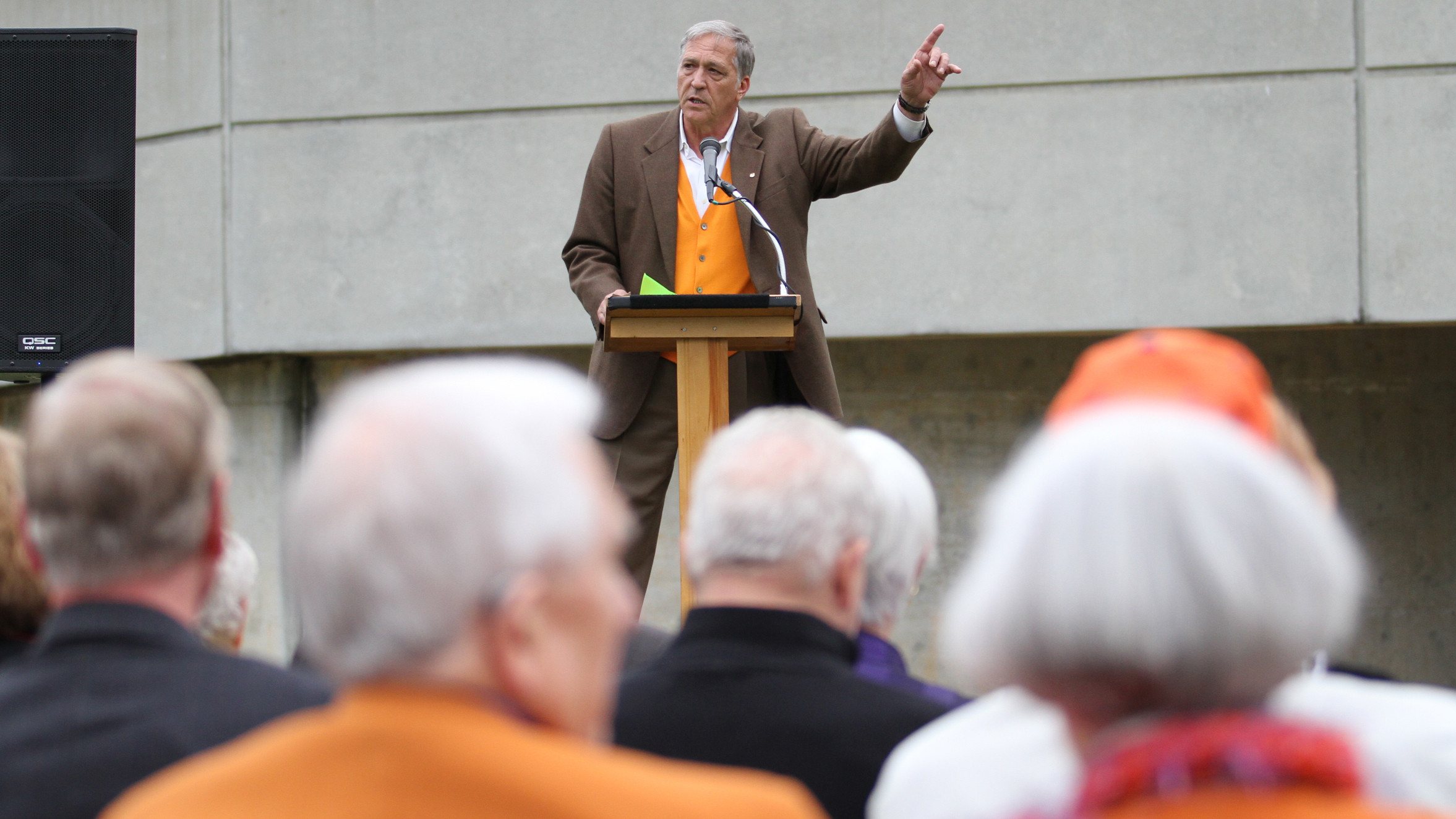 D?Andrea Honored by the South Carolina Athletic Hall of Fame

CLEMSON, S.C.–Bill D’Andrea has been named the 2014 recipient of the Bobby Richardson Sportsmanship Award as announced by the South Carolina Athletic Hall of Fame (SCAHoF). Retiring this summer after a 31-year career at Clemson, D’Andrea has served as an assistant football coach under Danny Ford, the first director of student-athlete academic services at Vickery Hall and his current role of executive senior associate athletic director. D’Andrea will be recognized at the 54th annual banquet and induction ceremony on May 12 at the Columbia Metro Convention Center. D’Andrea has had a profound effect on the Clemson athletic department and the entire University in throughout his tenure as an employee and coach.   He began his association with Clemson as a graduate assistant football coach under Danny Ford in 1983 and 1984. In 1986, Ford had an opening on his coaching staff and D’Andrea received a call to return to Clemson after just one season in Mississippi.   D’Andrea helped the Tigers to three consecutive ACC Championships from 1986-88, tying a league record for consecutive league titles at the time. The 1989 team did not win the ACC title, but finished with a 10-2 record and a top 10 national ranking. In the four years D’Andrea served as an assistant coach, Clemson posted a 38-8-2 record, won four bowl games (wins over Stanford, Penn State, Oklahoma and West Virginia) and finished in the top 20 of both final polls every year.   D’Andrea became the first director of Vickery Hall, Clemson’s student-athlete enrichment facility, in 1991. He was at the center of a ground-breaking aspect of athletic administration, as Vickery Hall was the first self-standing facility dedicated to student-athlete enrichment in the nation. The program was named one of the top programs of its kind in the nation by NACDA in September of 1999.   Named a senior associate athletic director in 2002, he oversaw all of Clemson`s fundraising activities (IPTAY), promotions, marketing, tickets and sports information. Much of his responsibilities were consumed by the capital campaign that provided the financial backing of the West Endzone project at Memorial Stadium. During his tenure organizing Clemson’s fundraising activities, annual donations to IPTAY rose to record levels.  A record was also established for the number of donors during his tenure.