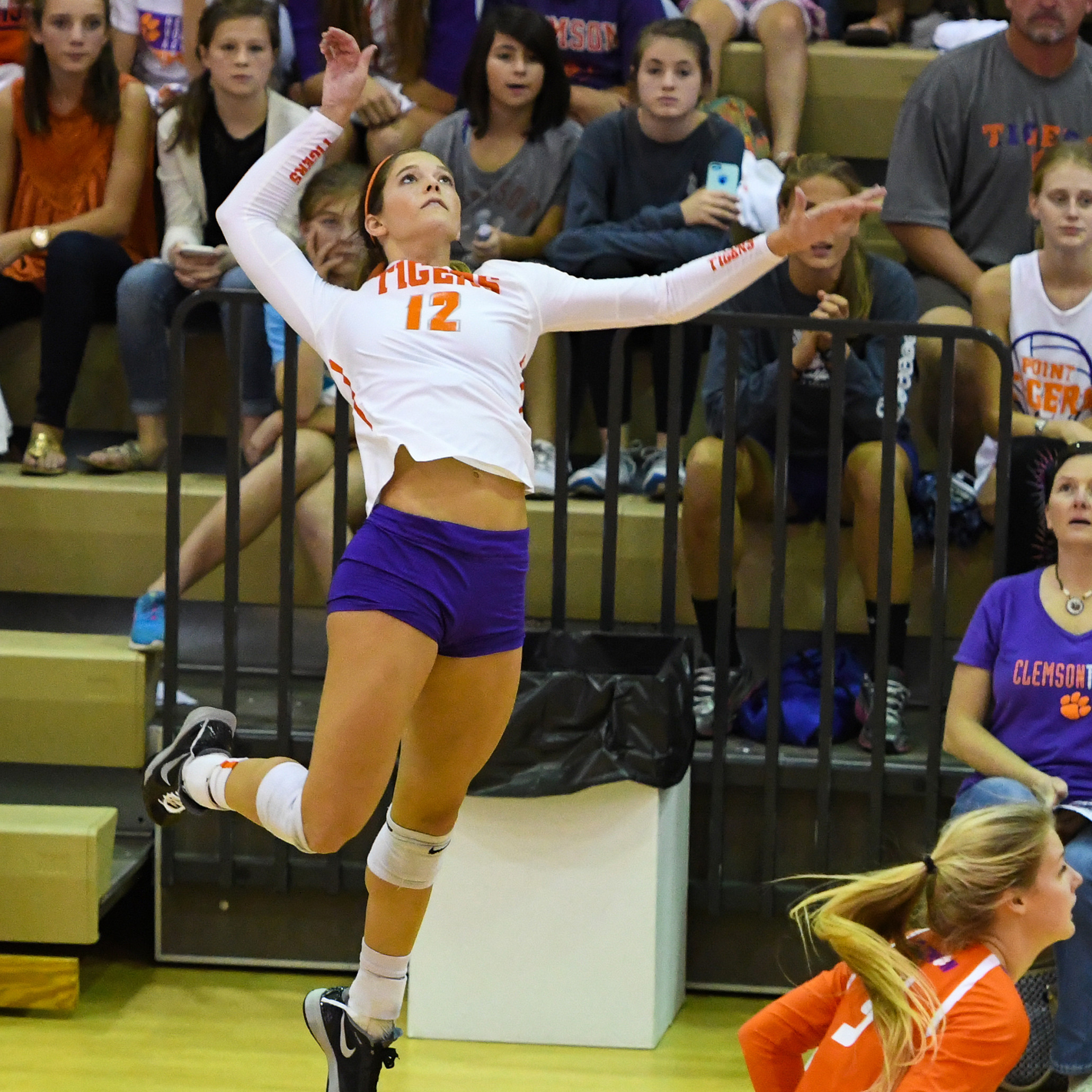 “I think our balance offensively on the pins and production from those spots played a big role in being extremely competitive and we did that against a very physical blocking team.”

Harvell and Perri each thrived in the match despite squaring off with perhaps the best combination of middle blockers in the ACC. Harvell threw down a match-high 15 kills with a .257 hitting percentage, complemented by three aces and two blocks. Perri registered her fifth double-double of the season with 14 kills and 12 digs to go along with her three blocks. Annie Carter and Tori Woogk both found success as well as they finished with eight kills and a block each.

The offense was able to find success despite the matchup against Leah Levert and Santita Ebangwese who carried the Orange on the scoreboard. Levert finished with 13 kills and nine blocks while Ebanwese tallied 14 with five blocks to her credit in the middle.

If Syracuse was to win the match, the middles had to have a big night as Clemson limited ‘Cuse hitters on the outside to a .024 hitting percentage with 21 kills and 19 errors on 83 attempts. Syracuse won the battle at the net as well with 15.5 blocks to Clemson’s nine.

Defensively, Jaden Light led the blocking effort with five blocks while Megan McGinley finished with four. Two other Tigers joined Perri with digs in the double figures as Emily Curtis led the team with 16 in the back row and Hayes finished with 15 on the night, competing in just three-of-six rotations. Hayes complemented her defense with 24 assists while Taylor Daniel finished with 15.

Clemson is back in action Sunday at 1:00 p.m., against Boston College in its annual Dig Pink Match.