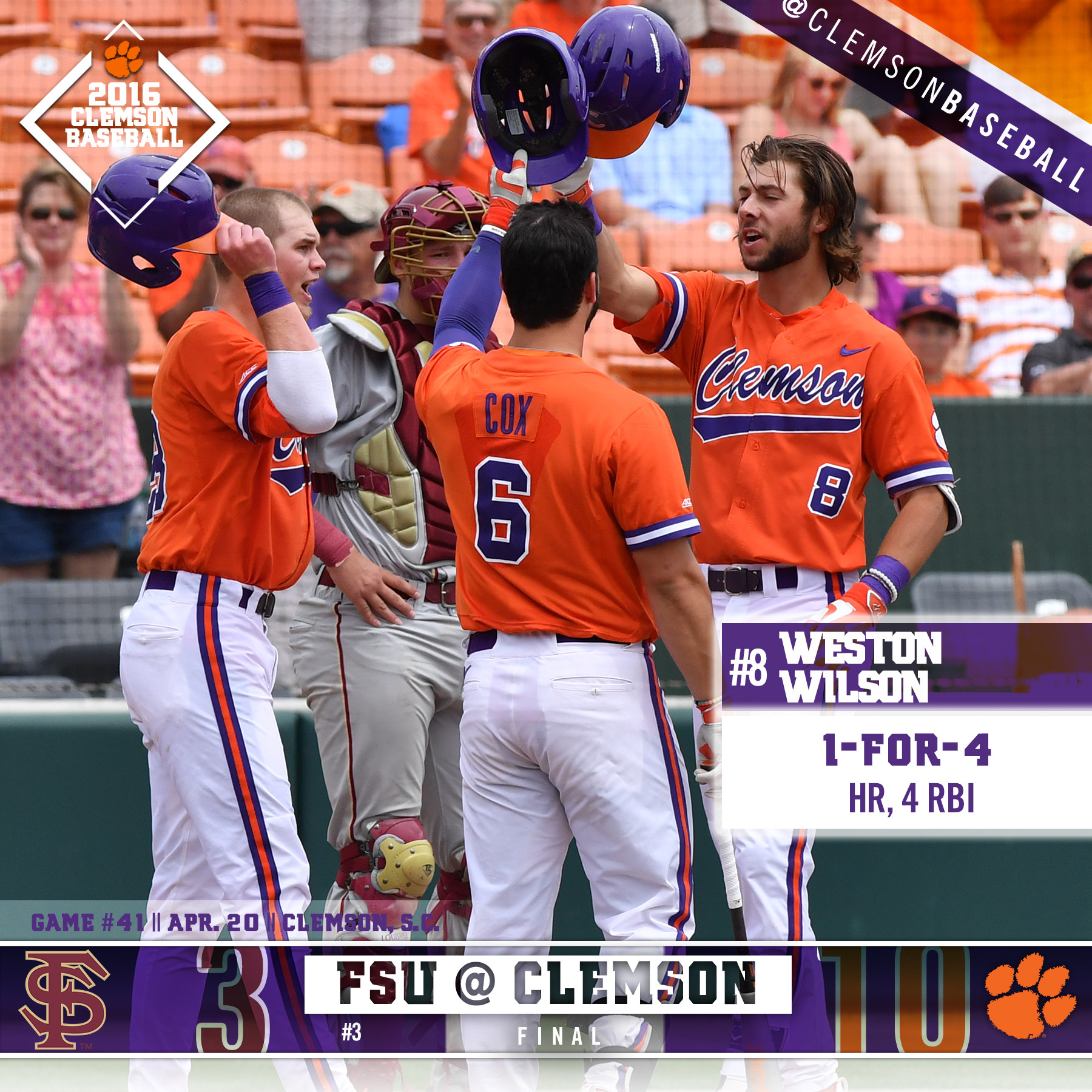 CLEMSON, S.C. – Weston Wilson hit a homer with four RBIs and Chris Okey went 3-for-5 with a homer and five RBIs to propel Clemson to a 10-3 win over No. 3 Florida State at Doug Kingsmore Stadium on Saturday afternoon. The Tigers, who took a 1-0 lead in the series, improved to 27-14 overall and 10-12 in the ACC. The Seminoles dropped to 28-12 overall and 13-5 in ACC play.

Wilson started the scoring with an opposite-field, three-run homer in the fourth inning, his fourth home run of the season. After the Seminoles plated three runs in the top of the fifth inning to tie the score, Clemson answered with three runs of its own in the bottom of the fifth inning on Okey’s two-run single and Wilson’s bases-loaded walk. The Tigers added an insurance run in the seventh inning, which had a 115-minute delay due to inclement weather. Okey then belted a three-run homer in the eighth inning, his eighth long ball of the year.

The series continues Sunday at 1 p.m., on ESPN3. Fans can purchase four tickets and a $10 concession voucher for only $30.