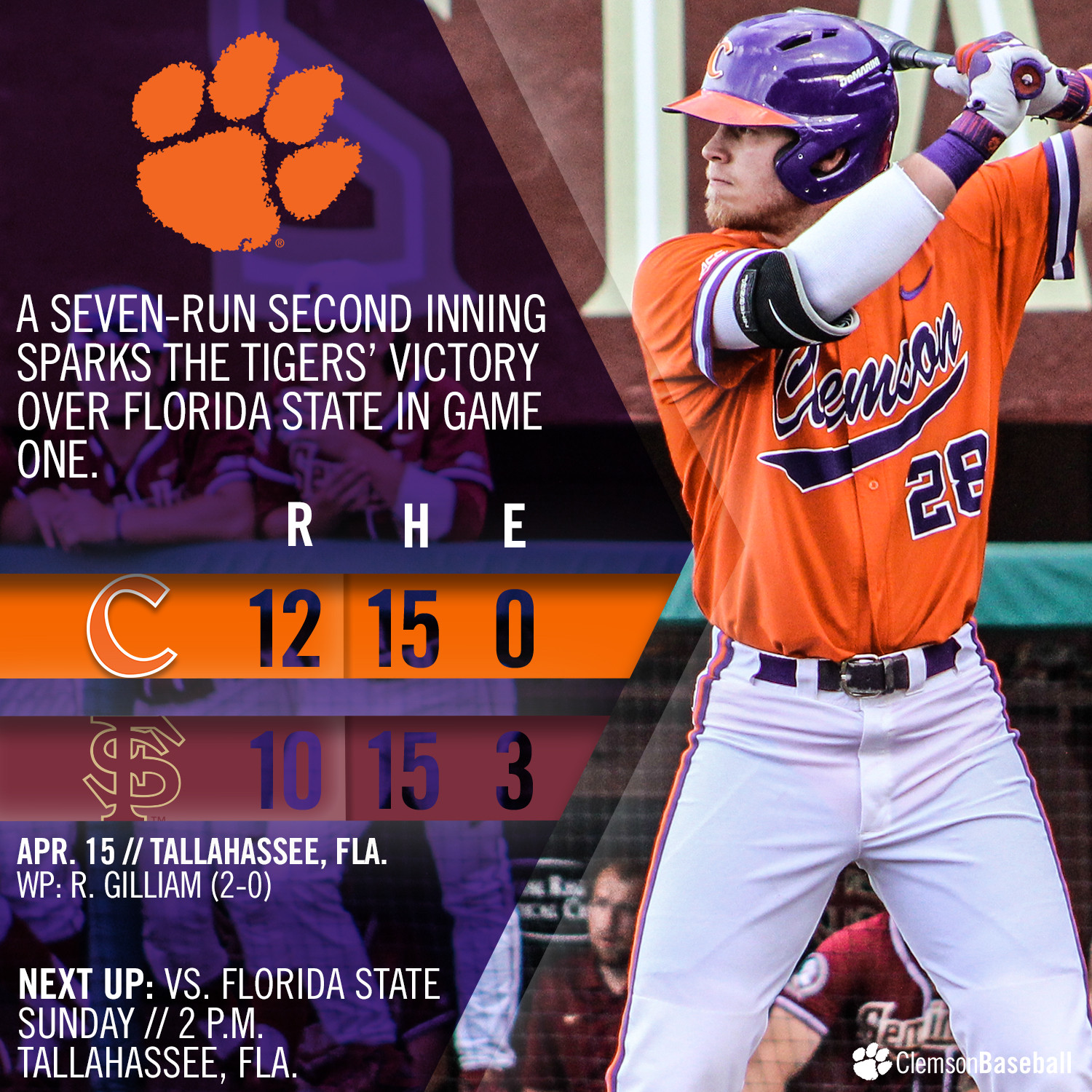 TALLAHASSEE, FLA. – Seth Beer’s two-out, two-run single in the ninth inning lifted No. 4 Clemson to a 12-10 win over No. 25 Florida State at Dick Howser Stadium on Saturday night. The Tigers, who took a 1-0 series lead and won their seventh game in a row, improved to 30-5 overall and 14-2 in the ACC, while the Seminoles dropped to 21-15 overall and 7-9 in ACC play.

The Tigers scored a run in the first inning on Chris Williams’ sacrifice fly, then two-out doubles by Chase Pinder, Reed Rohlman, Logan Davidson, Williams, Beer and Robert Jolly scored six of the Tigers’ seven runs in the second inning. Beer added a solo homer in the top of the fourth inning, his 10th long ball of the season, to up Clemson’s lead to 10-1.

Matt Henderson belted a two-out, three-run double in the bottom of the fourth inning. Jackson Lueck hit a two-run homer in the fifth inning, then the Seminoles scored three two-out runs in the seventh inning to tie the score 10-10. But the Tigers loaded the bases with no outs in the ninth inning. After two strikeouts, Beer flared a single to left-center to score two runs. Rohlman extended his hitting streak to 12 games with three hits.

The series continues Sunday at 2 p.m., on ACC Network Extra.