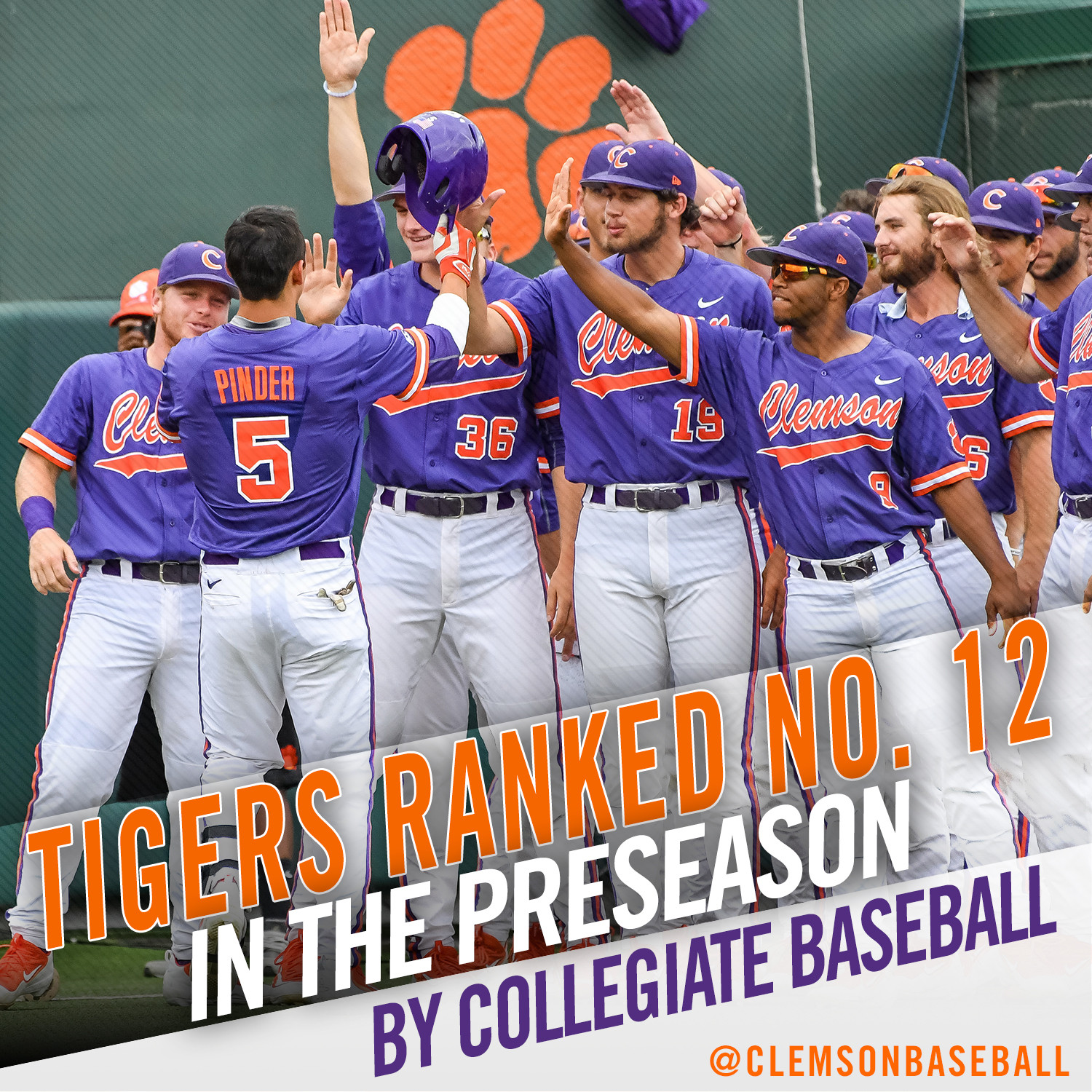 CU No. 12 in Preseason Poll

The defending ACC-champion Tigers had a 44-20 overall record in 2016 in head coach Monte Lee’s first season at Clemson. The Tigers open the 2017 season against Wright State on February 17 at Doug Kingsmore Stadium.