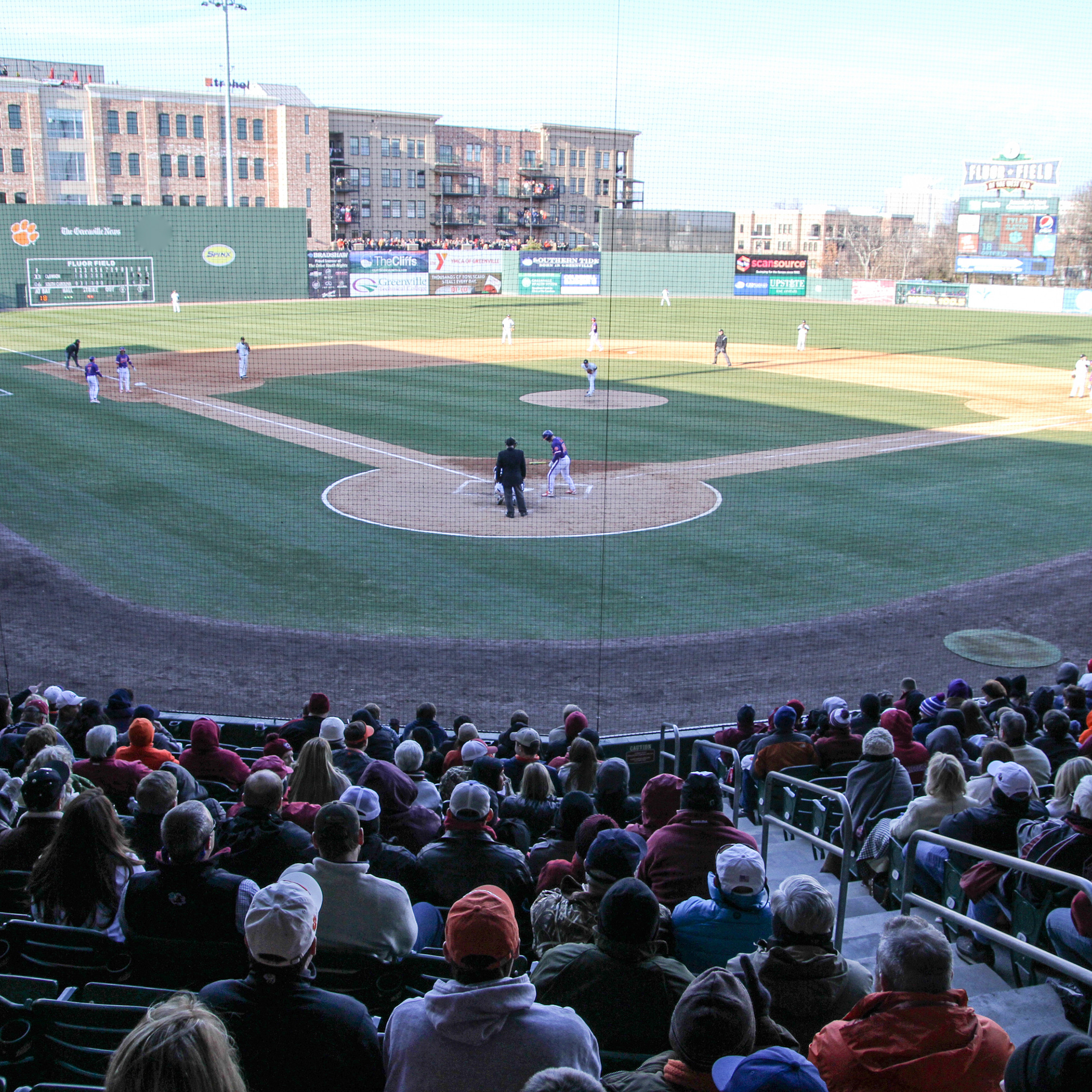 The Tigers face Furman at Fluor Field in Greenville on Tuesday night in their last midweek game of the season.

CLEMSON OVERVIEW• Clemson won two of three home games against Georgia Southern over the weekend and has won three of its last four games.• The Tigers are averaging 6.2 runs per game and hitting .284 with a .373 on-base percentage and 54 steals.• The pitching staff has a 3.96 ERA, .255 opponents’ batting average and 2.59 strikeout-to-walk ratio and Clemson is fielding .961.

FURMAN OVERVIEW• Furman is led by 22nd-year head coach Ron Smith.• The Paladins lost two of three games at Wofford last weekend. They are hitting .292 and have a 5.75 ERA and .963 fielding percentage.• Jordan Simpson is hitting .351 with 14 homers and 43 RBIs, while Chris Ohmstede is batting .300 with 12 homers and 50 RBIs.

QUICK HITS• Clemson defeated Furman 5-4 at Doug Kingsmore Stadium on March 31. Chase Pinder was hit-by-pitch for the walkoff run.• Clemson is 13-4 in games decided by 6+ runs.• Clemson’s opponent has committed no errors in seven of the last 10 games.

JOLLY CATCHING HIS OPPORTUNITY• Freshman catcher Robert Jolly is 9-for-23 (.391) with three doubles, six RBIs, eight runs and a .462 on-base percentage in 16 games.• He has made all three of his starts in May as the DH. He got his opportunity to start with Chase Pinder’s season-ending injury in May.• He joins Chris Okey as the only catchers on the 2015 roster.• He is 4-for-10 (.400) as a pinch-hitter.• He went 2-for-3 with a double, three RBIs, two runs and a walk against Georgia Southern on May 8. It was his second career start.