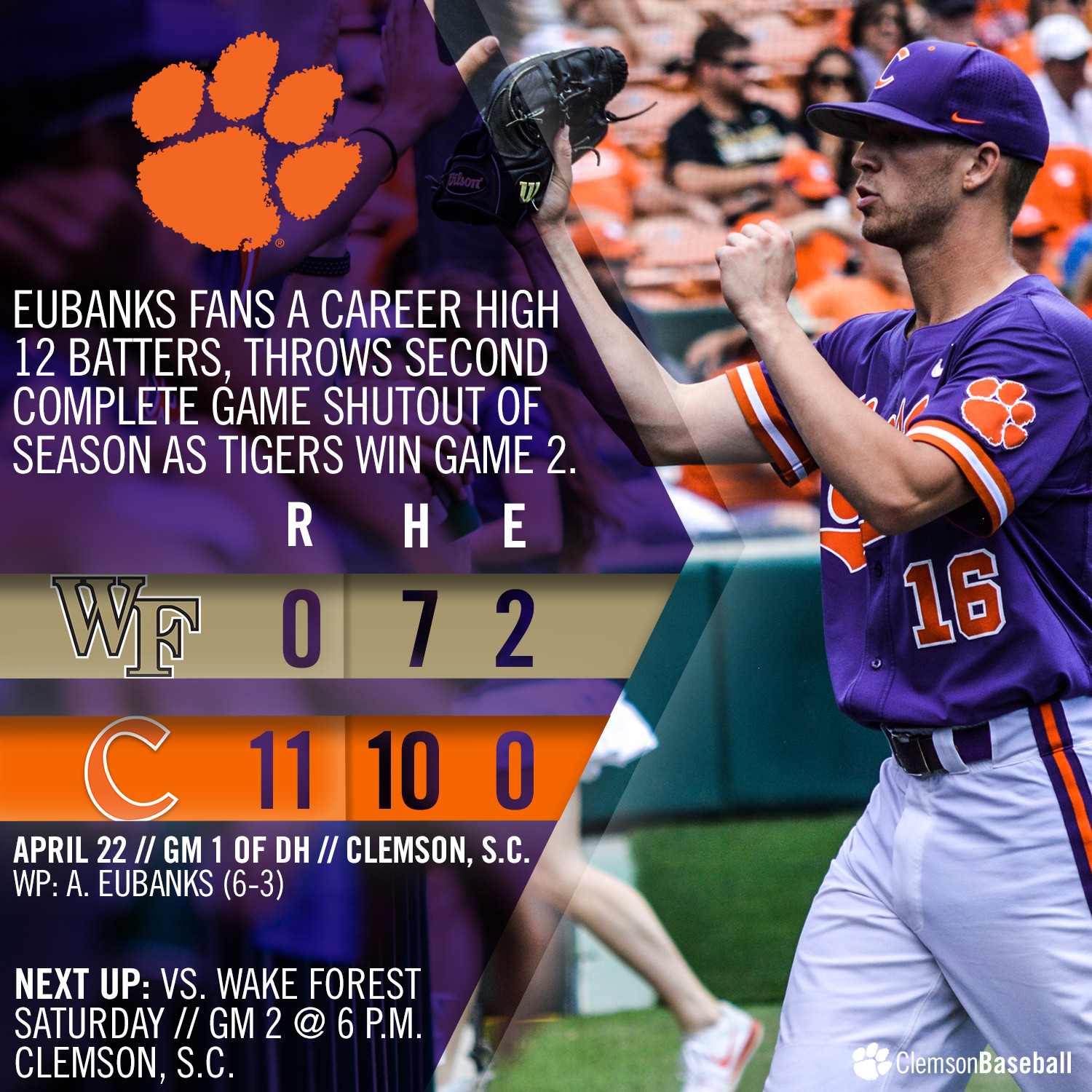 CLEMSON, S.C. – Alex Eubanks tossed a seven-hit shutout with a career-high 12 strikeouts to lead No. 4 Clemson to an 11-0 victory over No. 17 Wake Forest in the first game of a doubleheader at Doug Kingsmore Stadium on Saturday afternoon. The Tigers, who took a 2-0 series lead and won their 11th home game in a row, improved to 33-7 overall and 16-4 in the ACC. The Demon Deacons dropped to 28-13 overall and 12-8 in ACC play.

Eubanks (6-3) earned the win, as he allowed seven hits, no runs and no walks with 12 strikeouts. He did not allow a runner past first base until the eighth inning. Eubanks, who recorded his third career complete game and second shutout of 2017, also snapped Wake Forest’s 82-game streak of scoring at least one run. Demon Deacon starter Donnie Sellers (3-3) suffered the loss, as he gave up six runs on six hits in 4.2 innings pitched.

The Tigers scored three unearned runs in the third inning after a costly Wake Forest error. Reed Rohlman, who went 3-for-5 with a double and two RBIs, hit a run-scoring single that extended his hitting streak to 17 games in the frame. Clemson doubled its lead to 6-0 in the fifth inning on run-scoring doubles by Rohlman and Logan Davidson along with Seth Beer’s run-scoring single. The Tigers added two runs in the sixth inning and three runs in the seventh inning, including two on Chase Pinder’s first home run of the year.

The series concludes with the second game of the doubleheader on Saturday at approximately 6 p.m., on ACC Network Extra.