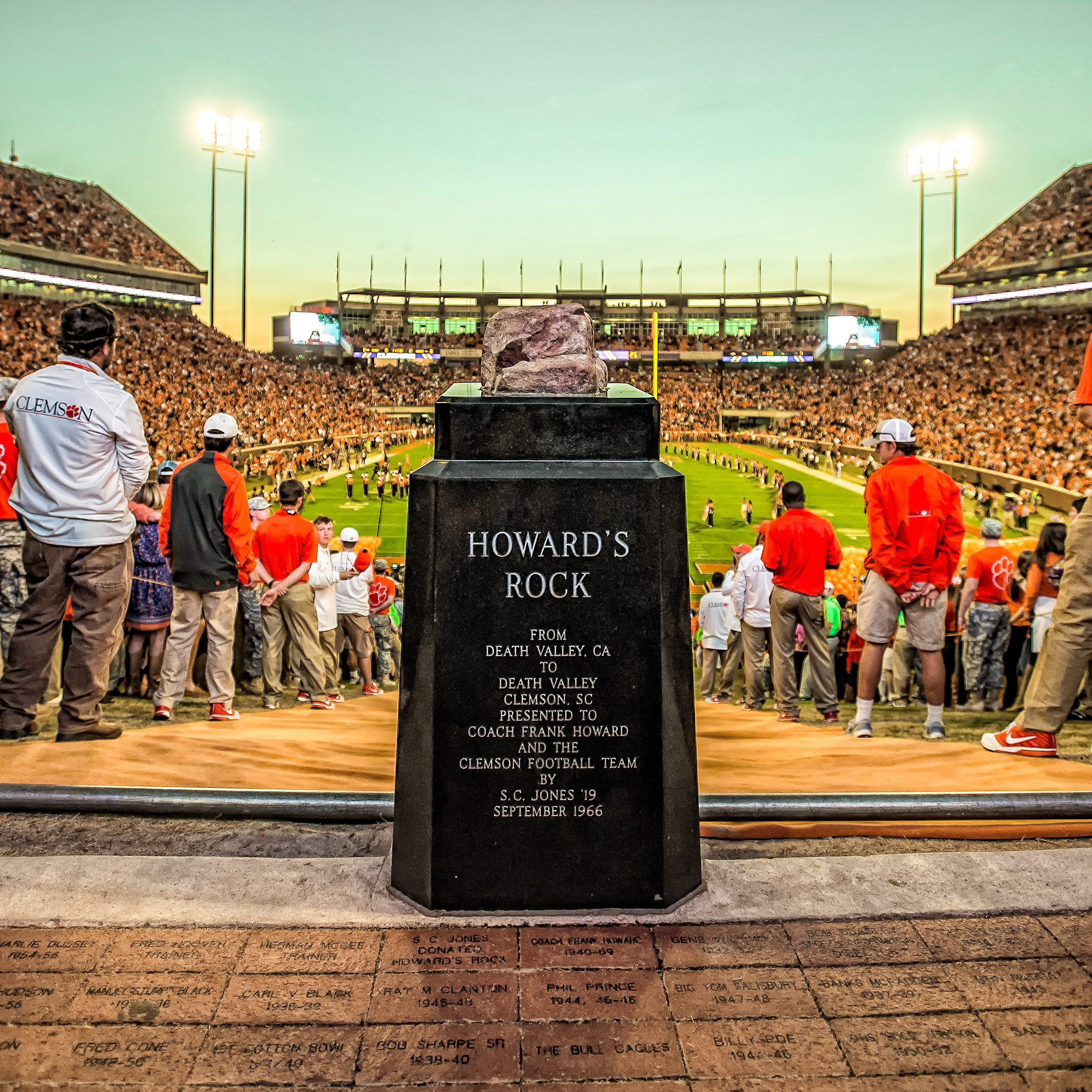 With the approaching Olympic Games in Rio, it’s only appropriate that the connection between the 1932 Los Angeles Olympics and Clemson’s Death Valley be examined.

Running down the hill, and touching Howard’s Rock are stalwart traditions that allow Clemson to be unique in the college football world.

Another original, but imitated lore, is the nickname of Memorial Stadium, “Death Valley”. This nickname for a stadium has been proven to have origins at Clemson just after World War II before the stadium was even five years old in the mid 1940s, many years before LSU claimed to have used the moniker.

The origin of the name Death Valley originated in the 1940s and it stemmed from the Clemson-Presbyterian College series. For 28 years (1930-1958), Clemson opened the season with the Blue Hose. All of these games were played in Clemson-but one-and ironically it was in Coach Howard’s first season at head coach of the Tigers (1940). In 1943, with many college players away in World War II, there was naturally a scarcity of players. Many that played in 1943 were freshmen and in that season, Presbyterian surprised the Tigers with a 13-12 victory over Clemson in Tigertown.

In the spring of 1946, and in the preseason practices before the season began, Presbyterian was preparing to play the Tigers. According to former Presbyterian player and later Head Coach, Cally Gault, the trip to Clemson was very special.  Gault was head coach of the Clinton, SC school from 1962-1984.

“We talked about the upcoming Clemson game quite often when I was a player as it was a tradition to open the season with them,” said Gault.

“After we were beaten so badly in 1945, Presbyterian Coach Lonnie McMillian and us players referred to the Clemson trip as going ‘to Death Valley’,” recalled Gault. “I’m not sure when the press picked up on it, but I’m sure it was real soon.”

A closer look reveals that McMillian formed the 1932 Los Angeles Olympics and the Clemson connection.

“I remember during the 1945 season that somebody out in California sent a newspaper clipping about a team in California that PC should play in football, as both teams were struggling,” said Gault. “They suggested in their letter that these two winless teams meet in Death Valley, CA and they should call it the ‘Futility Bowl’.

“Coach Lonnie McMillian (Presbyterian Coach 1941-1953) was a good coach.   In 1943, he was one of the first, if not the first, to run the T formation in the south.  I guess you could say he was ahead of his time.  He had a good sense of humor about him too.

“I remember both the 1945 and 1946 PC-Clemson games. I was 16 years old as a freshman, and playing in Death Valley was special. I do remember this more than anything—it was hot, and I mean real hot at Clemson! You haven’t felt hot until you played in Death Valley in early September!

To say that Death Valley hasn’t been a good to the Clemson football fortunes is an understatement! Clemson has won over 73% of its games in one of the epitaphs of college football.