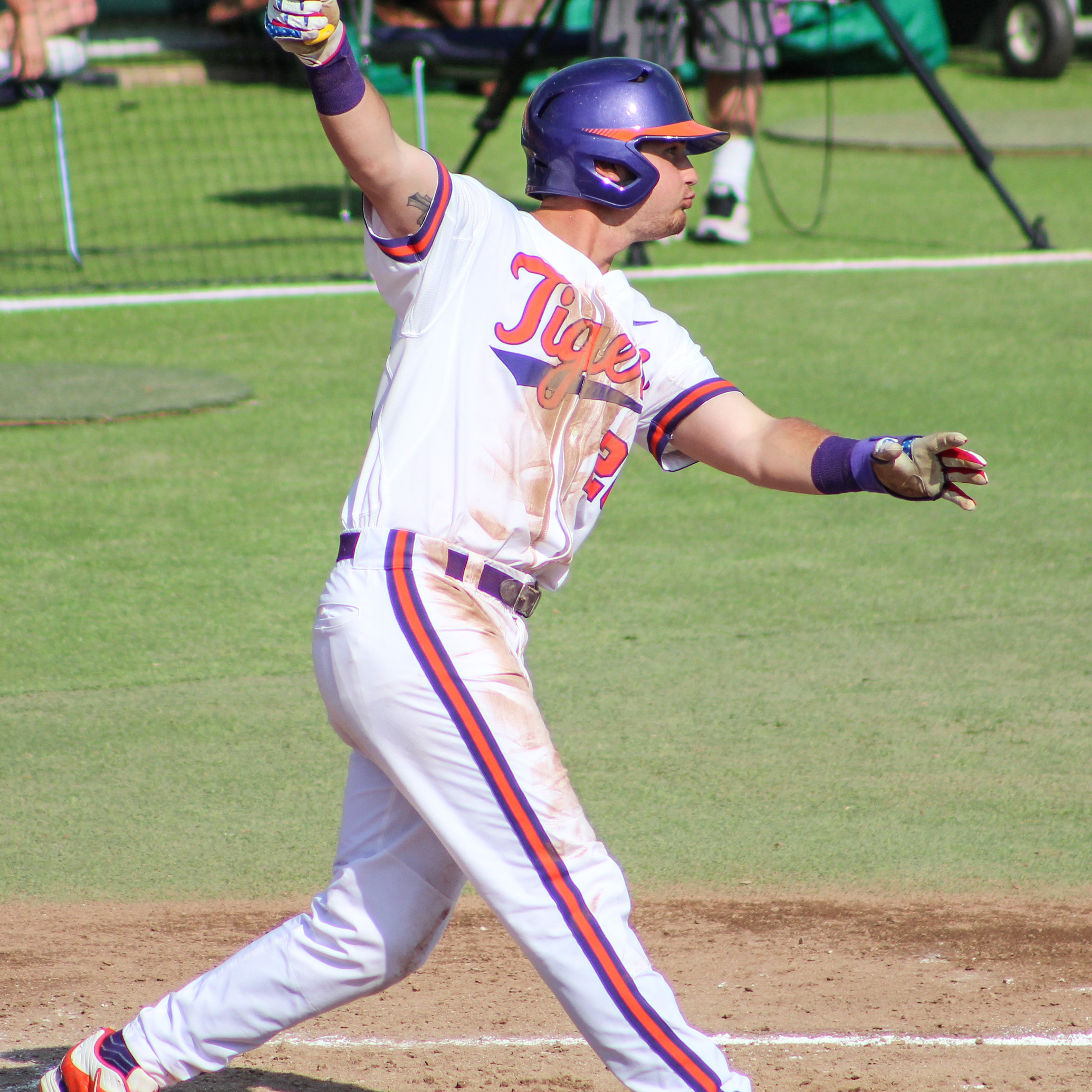 CLEMSON, S.C. – Nate Blanchard’s sacrifice fly in the 10th inning lifted Charleston Southern to a 4-3 win over Clemson at Doug Kingsmore Stadium on Wednesday afternoon. The Buccaneers improved to 13-18, while the Tigers fell to 16-17.

Reed Rohlman gave Clemson a 2-0 lead in the first inning on his two-run single. After Charleston Southern tied the score in the top of the seventh inning, Tyler Krieger responded with a two-out double in the bottom of the seventh inning that scored Adam Renwick for the go-ahead run. Charleston Southern tied the score in the ninth inning on Chris Singleton’s fourth hit of the game, a two-out, run-scoring single. The Buccaneers then loaded the bases with one out in the 10th inning before Blanchard’s go-ahead sacrifice fly.

Chayce Hubbard (3-0) earned the win by pitched the final 2.2 innings without allowing a run. Alex Bostic (0-2) suffered the loss.

“It (Clate Schmidt’s solid game) helps us know that other guys are pitching pretty well, but we have to be able to finish off the games,” said head coach Jack Leggett. “We had opportunities both offensively and pitching-wise, but just couldn’t quite get it done. So we have to go up to Boston and play well up there. We have to get ourselves back in this conference race, and the positive is we have some opportunities ahead of us if we can figure out a way to get some consistency going.”

The Tigers travel north to face Boston College at Commander Shea Field in Chestnut Hill, Mass. this weekend in a three-game series starting Friday at 2:30 p.m.