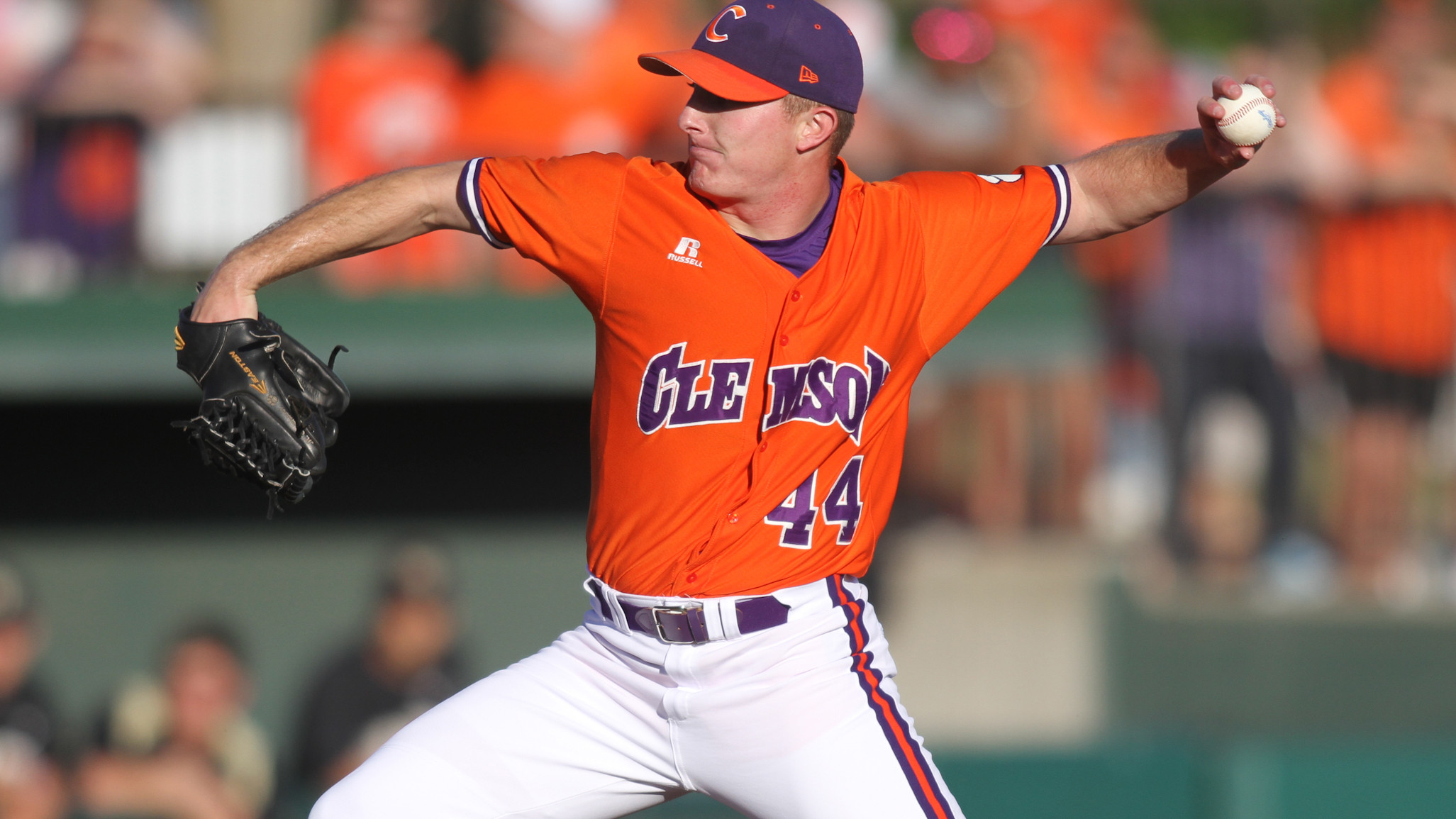 Freshman lefthander Matthew Crownover tossed 7.0 scoreless innings of three-hit ball to lead #15 Clemson to a 7-0 victory over Georgia Southern in front of 5,347 fans at Doug Kingsmore Stadium on Saturday night.  The Tigers, who took a 2-0 lead in the series, improved to 36-15 on the season.  The Eagles dropped to 25-25 in 2013.

Clemson scored single runs in the first three innings to build a 3-0 lead, then the Tigers put the game away with four runs in the seventh inning.

Crownover (7-1) set career highs for innings pitched and strikeouts (8) while allowing just three singles and three walks to earn the win.  Patrick Andrews and Jackson Campana both pitched a scoreless inning to close out the contest.  The three Tiger hurlers did not allow an Eagle baserunner to advance past second base in the game.

The Tigers wasted little time taking the game’s first lead in the first inning.  Maleeke Gibson led off with a single to center, then Steve Wilkerson and Steven Duggar reached on infield singles to load the bases with no outs.  Garrett Boulware grounded into a double play as Gibson scored.

In the second inning, leadoff batter Jon McGibbon reached on an error by Richman and Tyler Krieger laced a single to left field.  After Thomas Brittle walked to load the bases with no outs and Mike Triller struck out, Gibson lofted a sacrifice fly to center to score McGibbon.

Boulware led off the third inning with a single through the left side and Shane Kennedy reached on a bunt single.  After McGibbon moved the runners up a base with a sacrifice bunt, Boulware scored on a wild pitch.

In the seventh inning, Wilkerson drew a one-out walk and Duggar lined a single to left field.  Boulware followed with a single to right field to score Wilkerson, then Kennedy singled through the right side on an 0-2 pitch to score Duggar.  After McGibbon’s groundout moved the runners up a base, Krieger reached on a two-out error that allowed Boulware to score, then Brittle laid down a bunt single to plate Kennedy.

Duggar paced Clemson’s 12-hit attack by going 3-for-4 with a run.  Boulware went 2-for-4 with an RBI and two runs, while Kennedy and Krieger added two hits apiece.

Clemson and Georgia Southern will play game-three of the three-game series on Sunday at 1:00 PM.  Clemson’s five graduating senior players will be honored during a pregame ceremony.