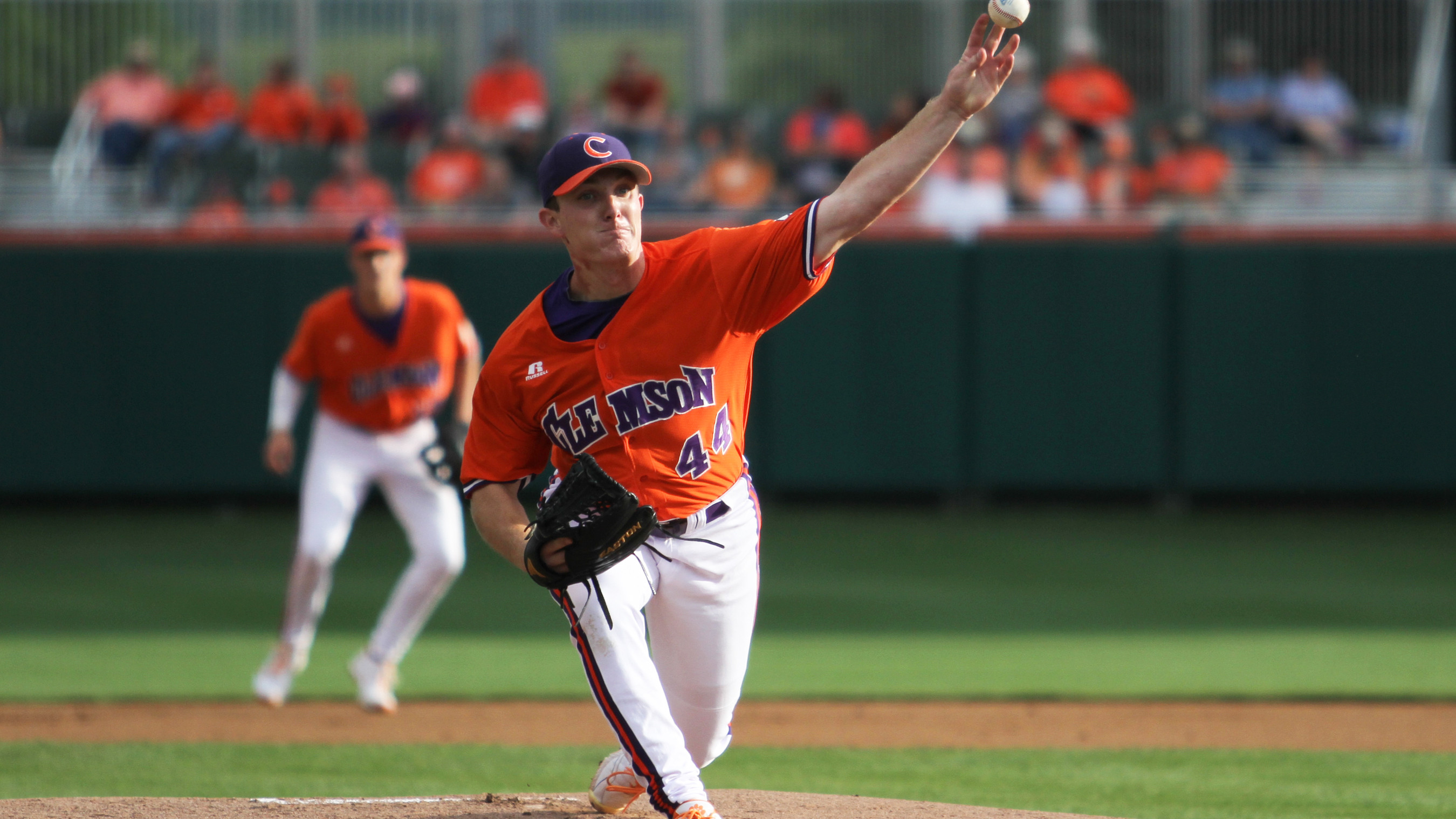 Stewart had an outstanding four-game span, hitting .600 (9-for-15) with nine RBIs as the Seminoles went 3-1, including a 1-1 split at No. 5 NC State. The freshman left fielder recorded at least one hit in all four games while posting multiple hits and multiple RBI in three of FSU’s four games. Stewart opened the week with five hits in nine at-bats as he drove in six and score four times in helping FSU complete a four-game season sweep of Stetson. He followed with four hits in six at-bats in the first two games at NC State. In game two, Stewart helped the Seminoles rebound from a game one loss as the Yulee, Fla., native went 3-for-3 and reached base on all six plate appearances. Stewart recorded two doubles and a single, while driving in three and scoring three times. His three walks tied a career-high. Stewart finished the weekend with five doubles and nine runs scored and in addition to the nine RBIs. Stewart, who was also named a National Player of the Week by Collegiate Baseball, leads all Seminoles in batting with a .329 average on the year.

Papi had a huge series, both in the field and at the plate, as Virginia swept Duke. On Friday, the sophomore outfielder from Tunkhannock, Pa., threw the Blue Devils’ Jeff Kremer out at the plate to end the seventh inning; Virginia trailed 5-3 at the time, UVa went on to rally in the ninth inning and win, 6-5. Papi then reached base safely in eight of his 12 plate appearances over the next two games (two of his outs came on sacrifice flies). Papi went 4-for-4 with three run-scoring base hits and four RBI in a Saturday series-clinching victory and followed it up by going 2-for-4 with the go-ahead, bases-clearing triple in the Sunday win to clinch the sweep. He now leads the conference in both batting (.403) and on base percentage (.543).Clemson’s Crownover earned two victories on the mound last week by tossing 13.0 scoreless innings over two starts. The Ringgold, Ga., freshman allowed just seven hits (six singles, one double), a .159 opponents’ batting average, no runs, and four walks with 10 strikeouts. Against Maryland on Monday night, he tossed 6.0 scoreless innings of four-hit ball to earn the win. Then on just four days rest against Georgia Southern on Saturday, he pitched 7.0 scoreless innings of three-hit ball with eight strikeouts to earn the victory. Against the Eagles, Crownover did not allow a baserunner to advance past second base. On the season, he is 7-1 with a 1.90 ERA and .241 opponents’ batting average along with 39 strikeouts against 16 walks in 61.2 innings pitched over 13 appearances (12 starts).