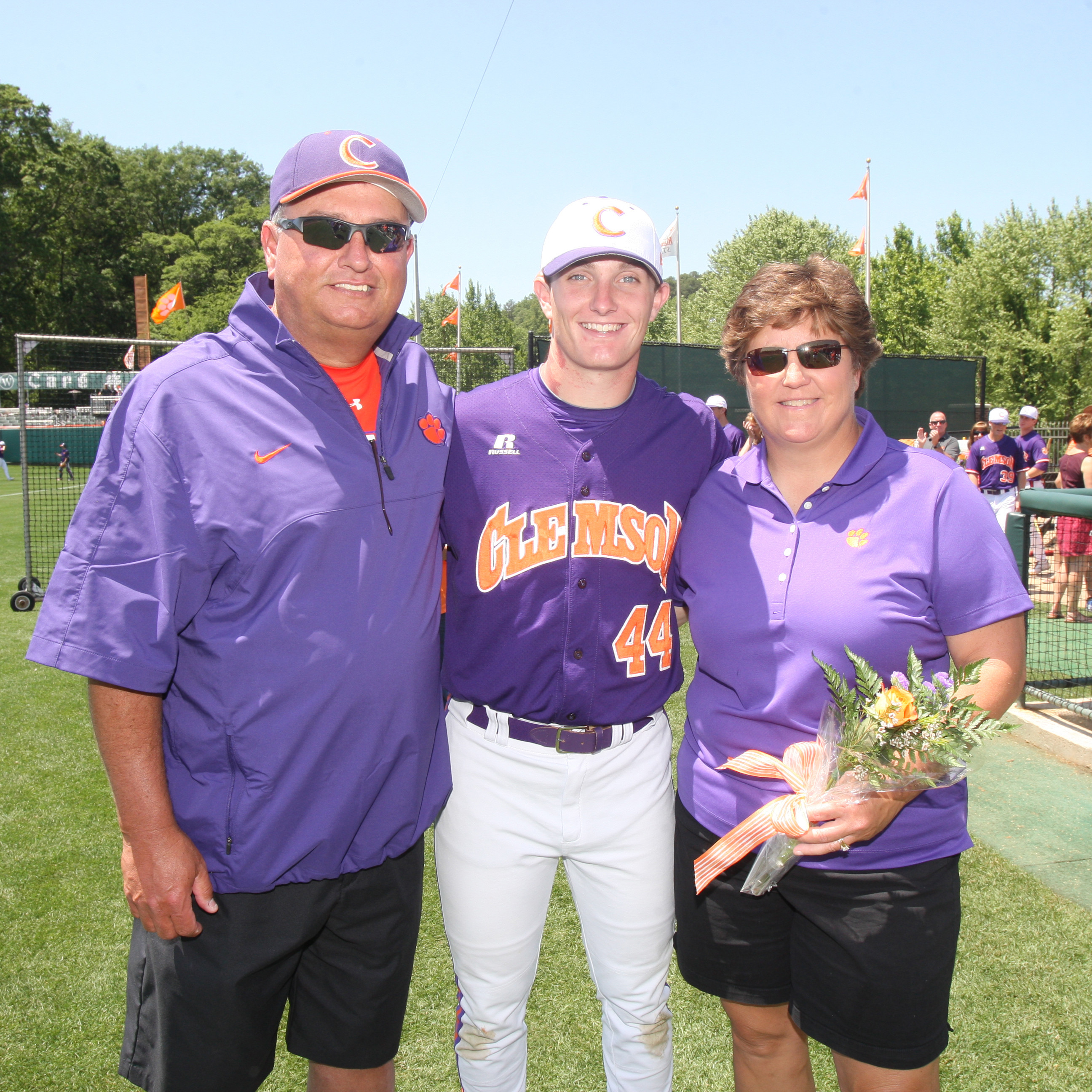 Crownover Back to Normal

Note: The following appears in the February edition of Orange The Experience, which should arrive in mailboxes this week. Read about Clemson’s opening day starter and the trials and tribulations that his family has faced.

It might have been the best football game of Clemson baseball star Matthew Crownover’s life, and that’s because of what transpired on a softball field hundreds of miles away.

On Sept. 6, 2014, Crownover was departing Death Valley following Clemson football’s second game of the year against SC State when he received a call from his mother, Susan.

Kelley Boyd, friend of Susan and the mother of Matthew’s girlfriend, Madison, had previously informed Matthew that she would seek testing to determine whether her kidney was a match for donation to Susan, who was in need around the 20th year of her worsening battle with Berger’s disease that had her kidneys operating at less than 10-percent efficiency.

So when Matthew answered the phone to hear his mom reveal that Boyd arrived at her softball field to deliver good news that her kidney was indeed a match, which would be given to her, he was naturally overcome with emotion.

“It was breathtaking,” Matthew said. “It was pretty cool. I was just watching the football game, and of course they were supposed to (and did) win that game, and then I got that call, and it was better news than football, that’s for sure.”

Five months later, Susan is nearing a return to the softball field as coach of Girls Preparatory School in Chattanooga after undergoing a successful kidney transplant on Nov. 24.

“She’s doing really well,” Matthew said. “Her creatinine level’s doing pretty well. That’s the thing that they worry about the most. She’s been very lucky. She’s done everything she’s supposed to do, and the Lord’s taking care of her.”

Madison, who played softball under Susan and won a state championship with Matthew’s sister, Kelby, visited Susan with her boyfriend a few days prior to the surgery.

Because of a transplant aligning with Thanksgiving, and a gradual rehab stint trickling into Christmas, the Crownover family was especially grateful throughout the holidays.

“My last final exam of the semester was on Thursday morning, and I was home for about three weeks,” Matthew said. “We got to spend the Christmas holiday together. It was good. She didn’t move around much until about the last week when I took her out to get stuff she needed. We had a great Christmas together. We had something to be thankful for.”

Doctors and family now monitor the amount of creatinine — the chemical waste molecules generated from muscle metabolism — in her body and maintain it to normal levels, a process that isn’t unfamiliar to Susan.

“Her kidney disease was passed down from two different generations,” Matthew said. “One person had it, and her great step uncle had it, and she just happened to be the one that ‘lucked out’ and got it instead of her brothers or sisters. She’s been taking shots for her levels.

“I think she eventually knew this might happen, but over the last two years since I’ve been at Clemson, it’s dwindled down from 20 percent, then 15 percent, then down to six or seven. Her lifestyle, being a head coach, that’s a long year and a lot of hours to be under stress. It takes a toll on your body.”

After beginning dialysis treatment at the conclusion of the softball season last spring and seeing her liver increasingly malfunction, Susan — whose ability to move was restricted just two months ago — is anxiously awaiting her softball team’s quest to repeat as state champions this spring. It would be the ninth title of her career and the 11th overall in high school sports between softball and basketball.

“Last spring, when she went on dialysis — she was still coaching while she was on dialysis — that was my sister’s senior year, and they ended up winning a state championship, so that was a big deal,” Matthew said. “She’ll go back to coaching in the spring when their practice starts in March. She’s getting ready to go back and start practice now.”

Athletes and coaches involved in sports must be and are typically a tough-minded breed fit to endure arduous and taxing seasons. Susan exemplified that characteristic by overcoming a debilitating condition to lead her team to the top, all while internalizing pain, fatigue, frustration and other byproducts of a failing liver.

Matthew, three and a half hours away from his hometown of Ringgold, Ga., during the fall semester at Clemson, didn’t fully realize the tumbling state of his mother’s liver until he phoned his father on the way to class.

“I called my dad to see how everybody was doing, and I didn’t know it was that bad,” Matthew said. “She’s a real trooper. She never really complains too much about how bad she is feeling or the lack of energy she’s had. She was a trooper, that’s for sure.”

The signals of strength sent by Susan helped Matthew embody a workmanlike mentality on days he was scheduled to pitch, and the approach helped him finish his sophomore season in excellent fashion.

His mother’s situation in flux, Matthew managed the difficult task of remaining in the moment and controlling one thing at a time. For Matthew, there were plenty of moments for concern about his mother — just not around the mound.

“My mom makes it pretty easy for me,” Matthew said. “Some people might say that they were thinking about their mom all the time and were worried, but she’s always told me and my sister that we worry too much about her.

“I worry about her when I’m not playing, maybe when I’m in the outfield shagging fly balls, but the day I pitch and the 24 hours before I pitch, I’m locked in. I don’t think about too much besides baseball on the day I’m pitching. It didn’t affect me too much. It’s in the back of my mind the other six days when we’re playing each week — I would wonder how the doctor’s appointment went — but on game days I was pretty much locked in.”

Distractions aside, Matthew led all Tigers — including second-round draftee Daniel Gossett of the Oakland A’s — with a 2.90 earned run average, eight wins and 90 strikeouts before being selected himself in the 21st round by the San Francisco Giants.

With Gossett gone, Matthew’s draft stock is primed to proliferate as the unquestioned No. 1 starter in the rotation, and having assumed Friday night duties midway through the 2014 season as Gossett recovered from a sore shoulder, he isn’t feeling added pressure after Gossett’s exit and knows he can go toe-to-toe with the best.

“The reason you come to this school is to play in big games. Giving the team a chance to win is the thing I hope I can do this year, and just go seven-plus innings just about every start. That’s the best thing you can ask of a starting pitcher.”

Susan’s surgery behind them, life should normalize again this season for the Crownover family whose passion lies in sports. Susan will coach the way she has since 1991, and Matthew will lead with an eye on Omaha and the College World Series.

“Omaha is always the No. 1 goal,” Matthew said. “My goal is giving the team a chance to win every time out. One thing as a starting pitcher that’s hard to control is wins and losses because it depends on your bullpen and the guys playing behind you more than anything. People don’t realize how close we really were, and we’ve got a little more depth in our bullpen this year. I think we have a really good team this year.”