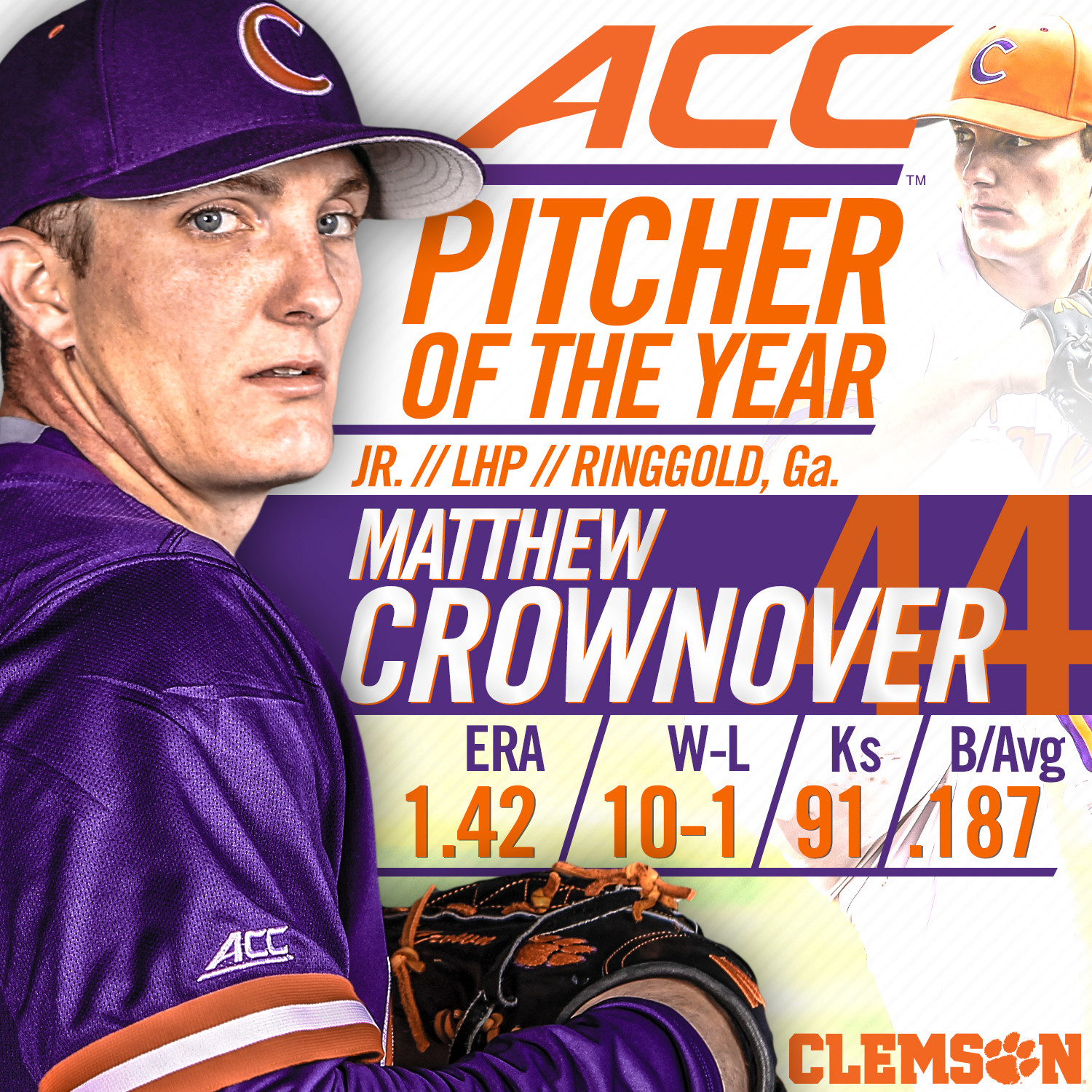 With his win at No. 8 Florida State on Thursday, he became the first Tiger since 2013 (Daniel Gossett) and the first Tiger lefthander since 1996 (Ken Vining) to total 10 wins in a season.

Crownover is Clemson’s first-ever ACC Pitcher-of-the-Year, as the ACC first named one in 2005. Kris Benson was the last Tiger hurler to earn ACC Player-of-the-Year honors in 1996.