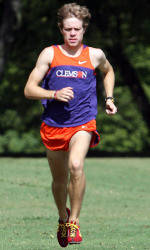 CLEMSON, SC – The Clemson men’s and women’s cross country teams will take the two and a half hour trip south to Columbia to open the 2010 season at the Gamecock Invitational on Friday at Fort Jackson. The women and men will run 5K races, beginning at 6:00 PM.

The women’s team was ranked fifth in the regional poll released earlier this week. However, several key competitors will not run this weekend, including team leader Kim Ruck. Other veterans, such as Jenna Baker, Stephanie Buffo and Alyssa Kulik, will also not be in action for the Tigers. Several newcomers will make their debuts Friday for Clemson, as will returning athletes Elyse Borisko and Sarah Turman.

Following Friday’s competition, the teams will return home for an off week before playing host to the Clemson Invitational at Musser Farms on Friday, Sept. 17.