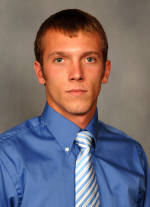 Clemson, SC – The men’s and women’s cross country teams will compete Saturday at the NCAA Southeast Region Championships. The meet, which spans 10,000 meters for the men and 6000 meters for the women, will be held in Clemmons, NC at Tanglewood State Park. The women’s race is scheduled for 11:00 AM, with the men’s competition set for 12:00 noon.

Last season, the Clemson men’s team finished sixth at regionals behind a strong individual performance from then senior Matt Clark. The men have finished in the top 10 each of the last seven seasons at regionals. The women’s team placed 15th at the Southeast Region meet last season, its best finish since 2000.

The two teams are coming off tough competitions at the ACC Championships that should prove to be a great test for the grind of regionals. The women’s team was eighth place behind an All-ACC performance from sophomore Jenna Baker, who is having an outstanding season. The men’s team placed ninth at the ACC Championships and got a career-best showing from red-shirt junior Will Noble.

Eight women’s athletes will make the trip this weekend, including Baker. The Bellevue, OH native has led the women’s team in each of the five meets in which she has competed. She put together a career-best 6K time of 21:14.6 last time out at ACCs in Chapel Hill. Baker also has the team’s top time at a 5000 meter distance.

Kim Ruck, a walk-on who has competed in two meets this season, will also make the trip. Ruck was 27th in her first-ever meet at the Tiger Invitational in Auburn, SC. She followed suit a month later at the ACC Championships with a 20th-place showing and second-best finish on Clemson’s team. Ruck had a time of 21:27.6 in the meet at Chapel Hill.

On the men’s side, co-captains Sam Bryfczynski and Will Noble lead the men’s roster of eight heading to North Carolina. Bryfczynski had been the team’s top performer all season before suffering soreness prior to the ACC Championships. He was 40th at the league meet, third-best on the men’s team. Noble has scored in all four meets he has competed and has shown steady improvement in his third year with cross country.

Jonathan Sunde has been consistent this season for the men’s team. The Charlotte, NC product was 39th at the ACC Championships and has been a top-three scorer for the Tigers in each of their last three meets.

Others traveling for the men’s team this weekend will be Patrick Jagielski, Tyler Morey, Shane Reighard, and Chris Slate.