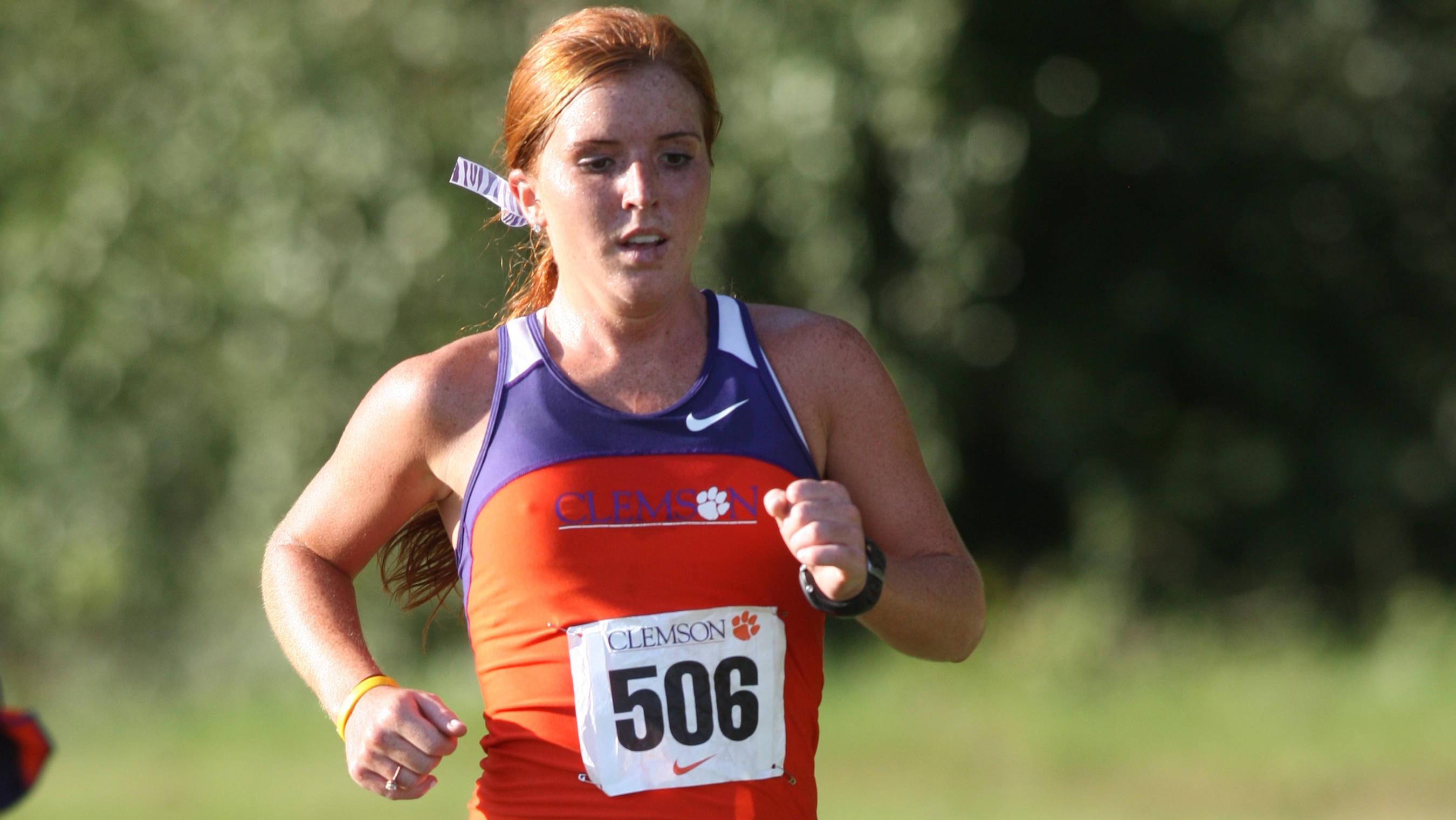 KERNERSVILLE, NC – Clemson wrapped up competition at the ACC Cross Country Championships on Friday morning at a rain-soaked Beeson Park, located in Kernersville, NC. Both of the Tiger teams came away with 11th-place finishes at the 2013 edition of the conference’s annual cross country competition.   The Florida State women won their sixth straight ACC title in cross country, defeating Virginia by a narrow 13-point margin.  Syracuse owned the men’s race in its ACC Championships debut. The Orange totaled 64 points to claim the 2013 team trophy, besting runner-up North Carolina by a 20-point edge.   The Tiger women were led by senior Cara Talty, who took 50th overall out of 140 participants.  She moved up 12 positions in the final 2,000 meters to earn her best career finish at the league meet and turned in a time of 21:51.8.  She was followed by freshman Alexa Womack in 56th (21:55.7).  Natalie Anthony competed in her first meet of the season and earned a 64th-place finish, with a time of 22:05.3.  The Tigers’ final two scorers Friday were freshmen – Catherine Herring (101st, 22:48.1) and Evie Tate (110th, 23:07.3).  Another freshman, Grace Barnett, was in the thick of the lead pack for the Tigers before a late fall relegated her to a poor finish.  Aaron Ramirez led the Tiger men’s team for the second straight year at the ACC Championships.  The red-shirt junior from Greenville, SC posted a time of 25:09.6 and was 47th overall. Ramirez improved by nearly 23 seconds over his time from the Wake Forest Invitational, run at the same course earlier this fall.  Roland Hakes, who has placed in the team’s top two at every meet this season, was 60th place with a time of 25:25.4.   The final three men’s scorers on Friday were Josh Davis (88th, 26:13.9), Stephen Lewandowski (93rd, 26:20.0) and Evan Abdullah (95th, 26:23.3).   Next up on the docket for both teams is a trip to Earlysville, VA for the NCAA Southeast Regionals on Friday, Nov. 15.