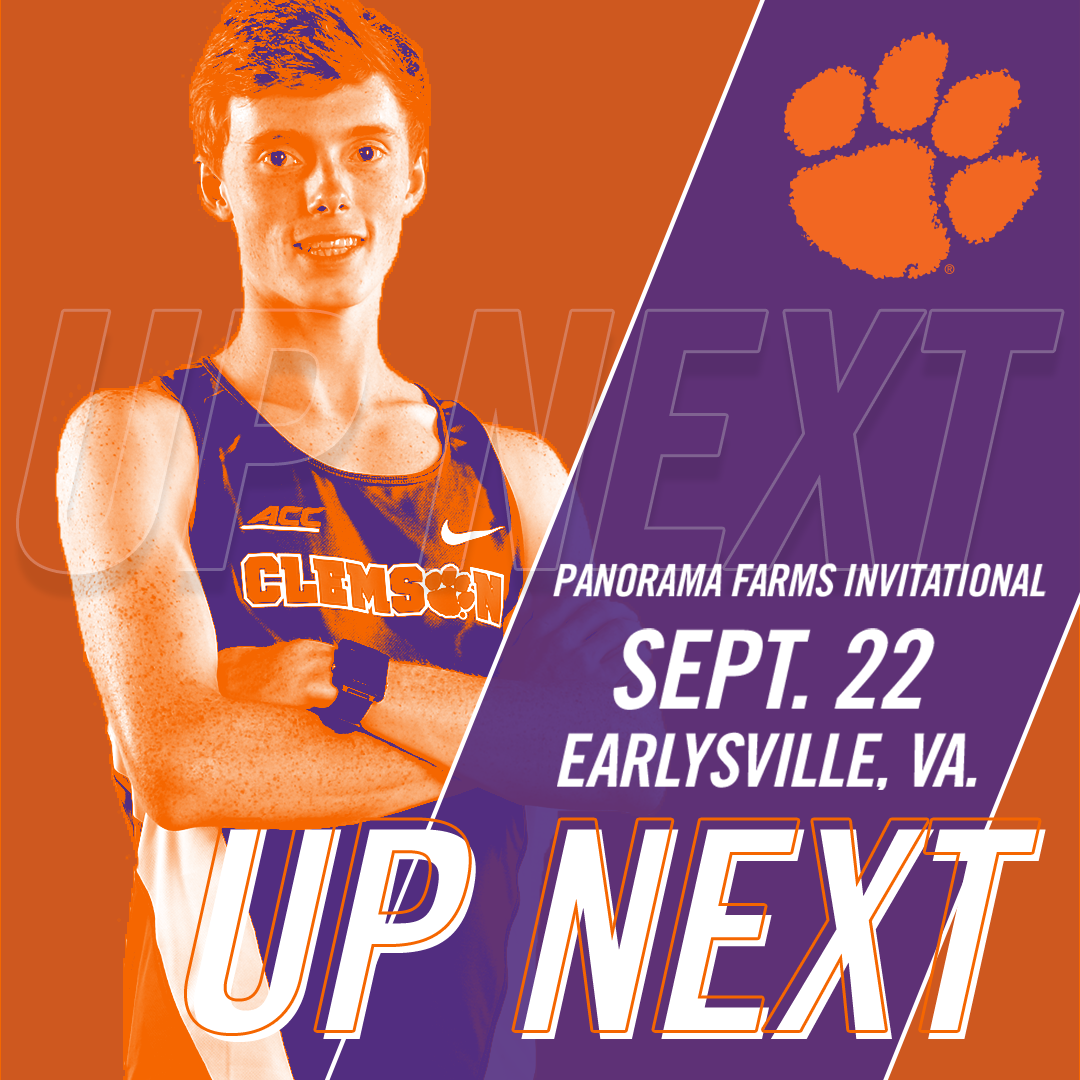 CLEMSON, S.C. – The Clemson cross country team is set to compete in the annual Panorama Farms Invitational on Saturday, Sept. 23 in Earlysville, Va. The men’s 8,000-meter race will begin at 9 a.m. with the women’s 5,000-meter race kicking off at 10 a.m.

Twelve teams will compete on the women’s side with three holding Southeast Regional rankings. The Tigers rank 15th in the region behind No. 8 William & Mary and tenth-ranked Virginia.

The men’s race features four ranked teams in the Southeast Region. Virginia enters as the top ranked competitor in the region at No. 2, followed by Campbell (No. 6), Charlotte (No. 8) and William & Mary (No. 9).

Clemson is coming off an impressive outing two weeks ago at the Furman Invitational, where both the men and women earned second-place finishes in Greenville, S.C. Junior James Quattlebaum captured the men’s title on the 8K course after crossing the finish line in 23:50.40. The women were paced by redshirt-junior Elizabeth Dawson, who earned an eighth-place finish after posting a time of 21:38.31 in the 6K.

Live results for the Panorama Farms Invitational can be accessed on clemsontigers.com.