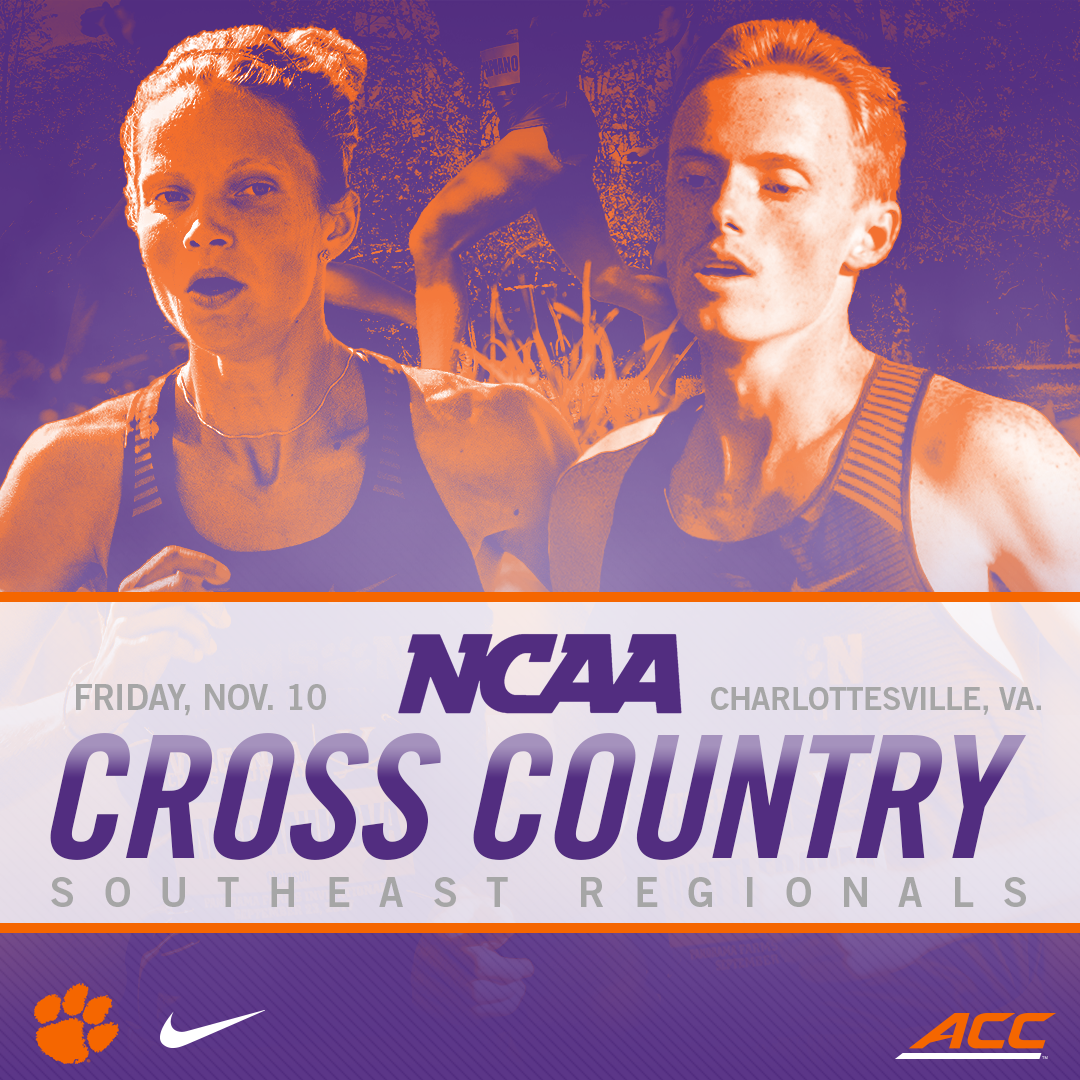 CLEMSON, S.C. – The Clemson men’s and women’s cross country teams are set to head to Panorama Farms in Charlottesville, Va., for the second time this season to compete in the 2017 NCAA Southeast Regional Cross Country meet. The women’s 6K race, which is slated for 10:30 a.m., will open the event, while the men’s 10K race commencing at 11:30 a.m.

The Tigers are coming off a 12th-place finish at the ACC Cross Country Championships on the men’s side, while the women placed 14th overall. Junior James Quattlebaum earned a team-best 10th-place finish at the conference championship meet, finishing the men’s 8K course at E.P. ‘Tom’ Sawyer Park in Louisville, Ky., in 23:42.2. The women were paced by fifth-year senior Marketa Marcanikova, who grabbed a 55th-place finish with a time of 21:40.0.

Live results for Friday’s conference championship meet can be accessed on clemsontigers.com.