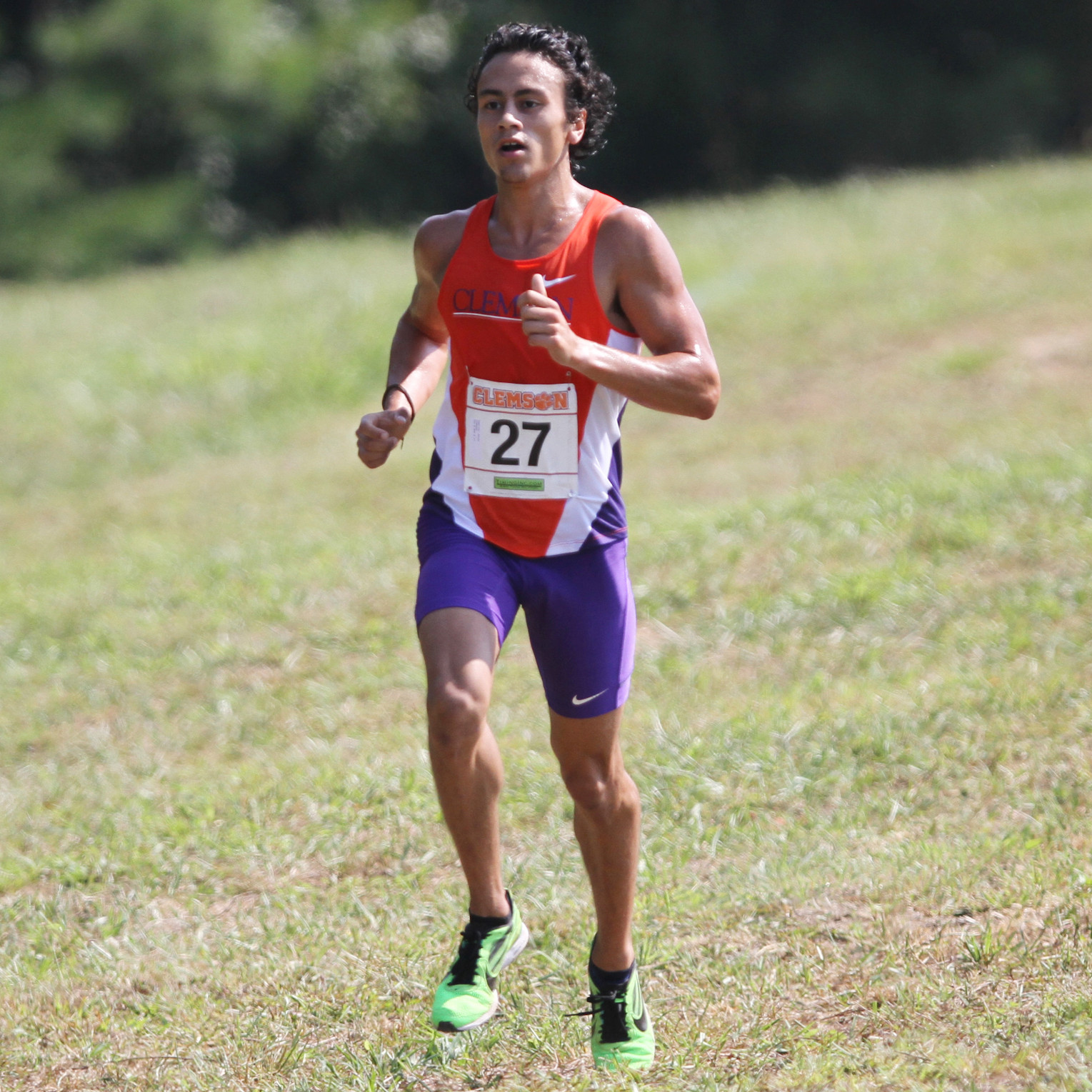 You don’t need to remind Aaron Ramirez of the last time the Clemson men’s cross country team won a meet that wasn’t held at home.

“I remember it very well; it was the Eye Opener my redshirt freshman year in 2011,” he said. “That was a long time ago.”

The phrase “a long time ago” was wiped away on Friday of last week when Ramirez led the Tigers to the team title at the University of Alabama’s Crimson Classic. Behind a stellar fifth-place effort by Ramirez, the men’s team collected the win in a meet featuring 24 teams, including six from the ACC and SEC.

It wasn’t just that the Tiger men’s team broke a long drought, but rather the fashion in which it was pulled off. Because he is a member of the school’s Army ROTC program, junior Roland Hakes didn’t make the trip to Tuscaloosa with his teammates due to an important exercise with the battalion. Hakes himself was coming off a personal best 8K performance at the team’s previous meet, the Panorama Farms Invitational.

Without Hakes in the fold, the Tigers saw several runners step up in his absence to help propel the team to the championship. Josh Davis and James Dwyer both posted top-20 finishes, while Evan Abdullah came across the line 32nd in a race featuring 197 competitors.

“(Last) Friday was huge for our confidence,” Ramirez said. “We’ve improved meet to meet, and we’ll keep getting better. That’s a credit to Coach (Mark) Elliott and Coach (Michael) Porter. They make sure we feel refreshed. We felt good coming into the meet.”

And the Tigers felt great coming out of the meet. In two previous encounters this season, Clemson finished behind SEC rival Auburn at the Furman Classic and at Panorama Farms in Earlysville, Va.

With the win, the Tiger men’s team improved three spots to No. 11 in the current Southeast Region poll released Monday by the coaches association.

“When we were on the bus afterward we thought, ‘Man, with Roland we would have dominated,’” Ramirez said. “If he was at the race, he would have challenged for the win. He’s in great shape. We’re excited for ACCs, knowing we have five solid guys.”

The Tiger men and women return to Panorama Farms next week to compete in the ACC Championships on Halloween. Ramirez, the team’s lone senior, said the key to competing with the upper echelon of the conference would come down to the right mindset.

“We think we can mix it up with the top six or seven teams, realistically,” he said. “It takes a little on my part to get these young guys to stay relaxed. If everyone does what we’re capable of doing and we don’t do anything irrational, we’ll be fine.”