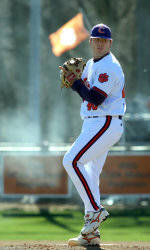 Cribb (4-4), a junior righthander from Lake View, SC, pitched his first career complete game, as he allowed six hits and one walk while striking out six. It was the first shutout by a Tiger since March 7, 2003, when Tyler Lumsden blanked Old Dominion in a 2-0 win. It was also the first ACC shutout by a Tiger since April 20, 2001, when Steve Reba shut out Georgia Tech in a 3-0 victory.

Hokie starter Ryan Kennedy, who entered the game in the top 10 in the ACC in ERA, pitched solid despite the lack of run support. In 8.1 innings, he allowed five runs on seven hits.

Adrian Casanova had a team-high two hits in four at-bats, including a two-run homer. He was 2-for-2 in game one Sunday, therefore is 4-for-6 in the series from his #9 spot in the batting order. Tyler Colvin added three RBIs, while Travis Storrer upped his hitting streak to 12 games thanks to his second-inning double. Clemson scored in two innings; three in the fifth and four in the ninth. Sheldon Adams had three of the Hokies’ six hits, all of which were singles.

After four scoreless innings, Clemson took the game’s first lead in the fifth inning with three runs. Stan Widmann led off with a line-drive single to right. After Casanova struck out, Widmann stole second, the Tigers’ first swipe of the series, and went to third when catcher Matt Foley’s throw went into centerfield. Herman Demmink then laid down a safety squeeze bunt that brought home Widmann, and Demmink was safe on the single when the throw to first was dropped. Chalk followed with another bunt single, and after fouling off several two-strike pitches, Taylor Harbin plated Demmink with a double to right, his 20th of the season. Demmink, Chalk, and Harbin, the 1-3 batters in the lineup, all had hits in the inning, breaking their combined 0-for-17 slump in the series. Colvin followed with a line-drive sacrifice fly to center to bring home Chalk. Kris Harvey followed with a slow grounder to third base and hustled down the line with Harbin breaking home from third. But Harvey could not beat the throw to first according to the first-base umpire.

The Hokies mounted a rally in the seventh inning, but a Tiger miscue turned into a positive play for Clemson. Jose Cueto hit a one-out single up the middle and went to second on Matt Hacker’s hard-hit single through the right side on an 0-2 fastball. After the second pitch to Matt Foley, Casanova tried to pick off Hacker at first, but the ball got away from first-baseman Andy D’Alessio down the right-field line. Both runners moved up on the throwing error, as Head Coach Chuck Hartman gave Cueto the “stop” sign at third base. But Cueto ran through the sign and D’Alessio threw a strike to the plate. Casanova put on the tag to record out #2. Cribb then struck out Foley to end the inning.

In the ninth, the Tigers added four insurance runs thanks to three walks and two big hits. D’Alessio led off with a walk and went to second on Widmann’s sacrifice bunt. Then on a 3-0 pitch, Casanova ripped a Kennedy pitch over the wall down the left-field line. The line-drive homer was his third of the year, all of which have been on the road. After walks by Demmink and Harbin, Colvin brought them both home on a single up the middle, giving the Tigers a 7-0 lead.

Clemson and Virginia Tech will play the series finale Tuesday at 7:00 PM. 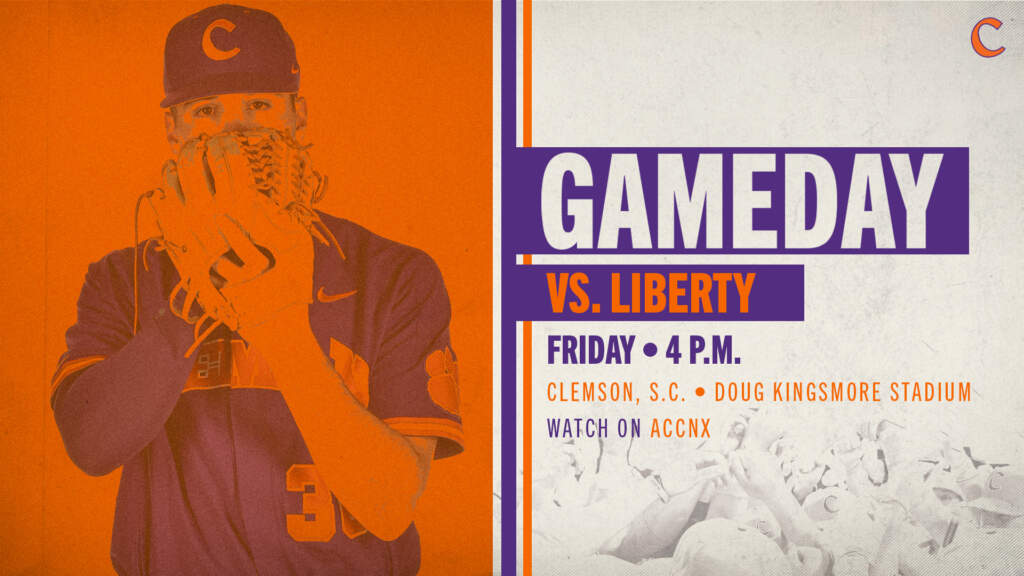 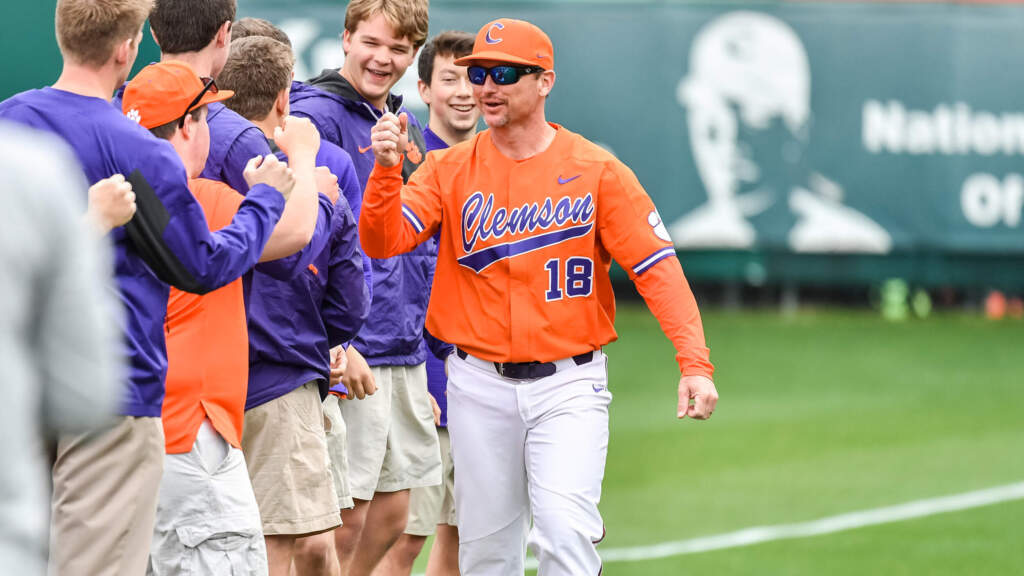 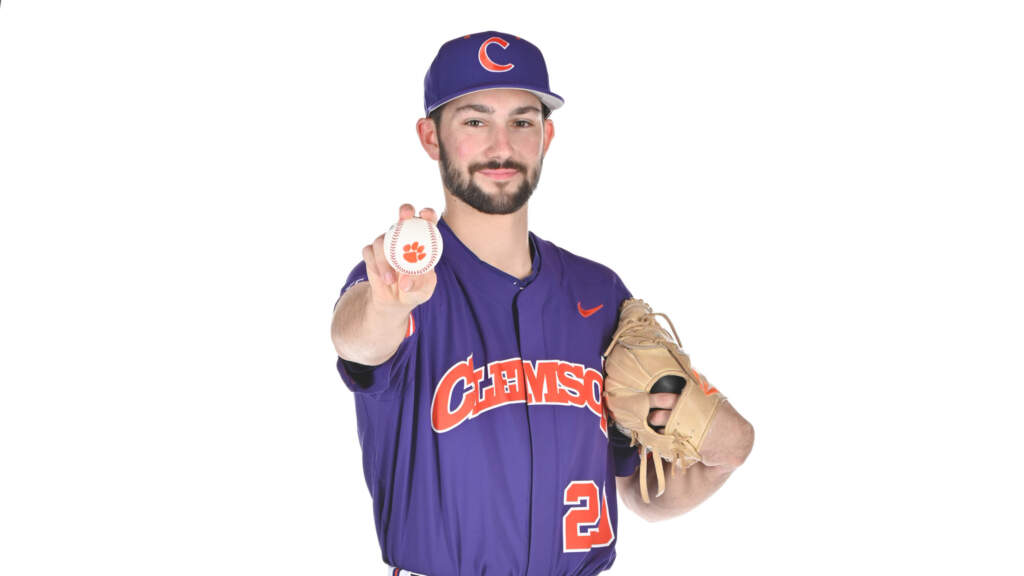