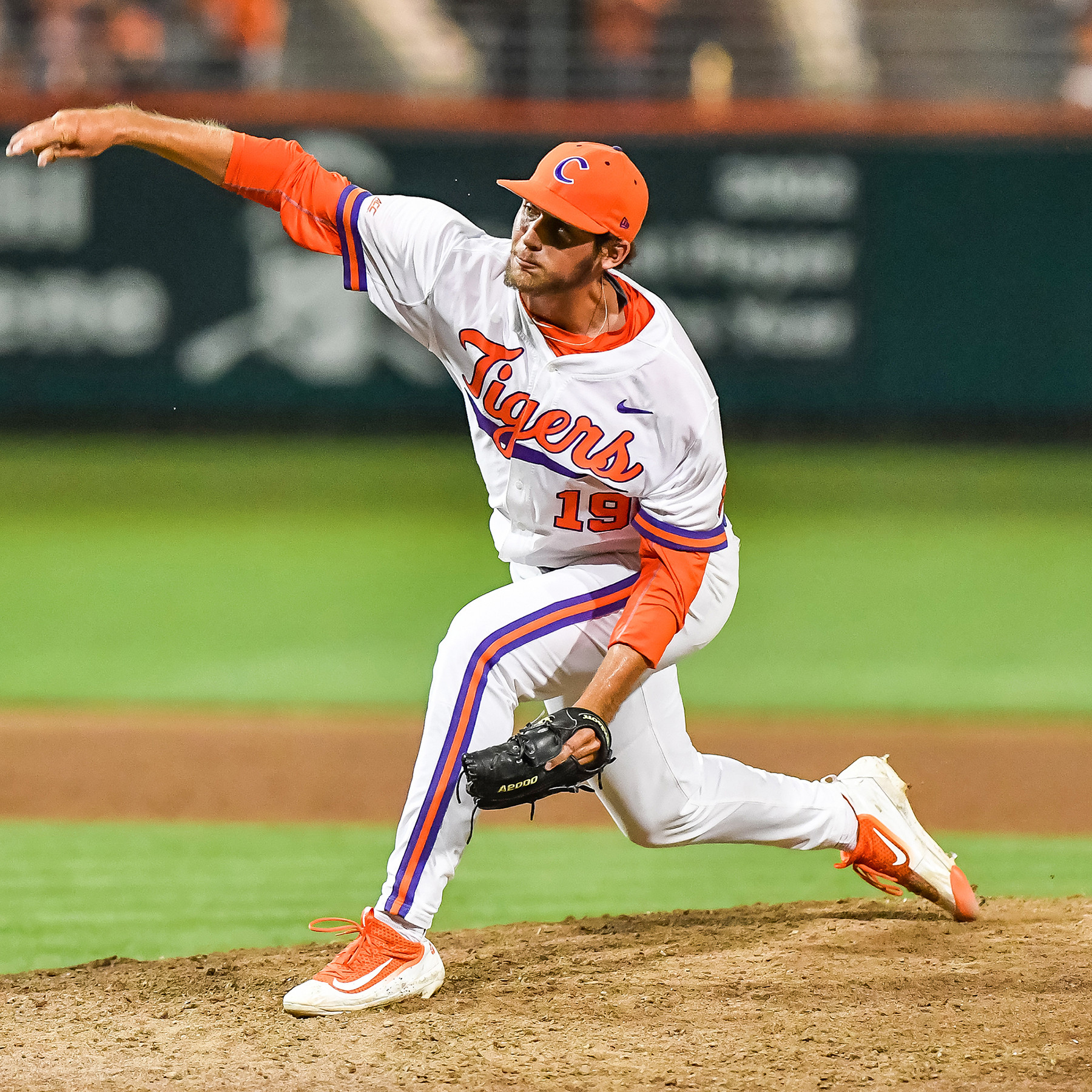 Crawford Excels in the Summer

For righthander and rising sophomore Brooks Crawford, summer means time spent with family, but it also means time spent on the diamond growing into a potential weekend starter for the Tigers next season.

This summer, Crawford joined the Charlottesville Tom Sox of the Valley Baseball League, which is comprised of 11 teams across the state of Virginia. The righthander pitched his way to a 2-1 record with a 2.01 ERA and 15 strikeouts in 22.1 innings pitched for the Tom Sox. He started four games and was also the South starter in the Valley League All-Star Game, where his 1.0 hitless and scoreless innings pitched earned him the victory.

“When I first got there, I didn’t really know there was an All-Star Game, so I took my first game up there kind of lightly, even though I still did fairly well,” admitted Crawford. “But then I started locking in and pitching a lot better as the weeks went on, and luckily I was named to the All-Star Game, and it was a lot of fun being a part of it.

“Being the starter was actually really cool. I did not expect that to happen. When I got there and saw my name on the lineup, I was really surprised. I got up there a week after everyone else got there, and there’s a lot of great pitchers there that could’ve started, so I was excited to be the first pitcher out.”

While Crawford only saw action on the mound for the Tigers in 2016, he also played first base and outfield in high school, so the Tom Sox gave him the opportunity to pitch and hit during the summer. He batted .261 in eight games, including a triple in his first at-bat, as Charlottesville’s left fielder or designated hitter.

Crawford expressed that he enjoyed having a chance to hit and play his favorite position in the outfield, but he is focused on pitching and earning a weekend rotation spot for Clemson going into the 2017 season. His summer experience with the Tom Sox helped him to work towards that goal in more ways than one.

“Over the summer, I like to work on mechanics and stuff,” said Crawford, who appeared mainly as a reliever for Clemson last season. “This summer, I worked on pitching longer in games and getting my pitch count back up. But the biggest thing I was working on was changing my diet. I really didn’t eat well and I wasn’t in great shape. I wanted to lose weight and get more in shape so I can go longer in games.”

The righthander also said that the less structured environment of summer ball, where players are responsible for keeping up with their own independent workouts, “keeps you humble” and “teaches you more how to fend for yourself.” The time Crawford spent in Charlottesville was a valuable learning experience, much like he defined his freshman season at Clemson.

“I would describe my freshman season as a learning point,” reflected Crawford. “College ball is a lot different than high school. In high school, I felt like I could go out there and just blow it by everybody, but in college, you actually have to know how to pitch. There were some games where I struggled and I tried to overpower people, but it just doesn’t work.

“I want to keep competing, though, and like we always say, just give our team a chance to win.”