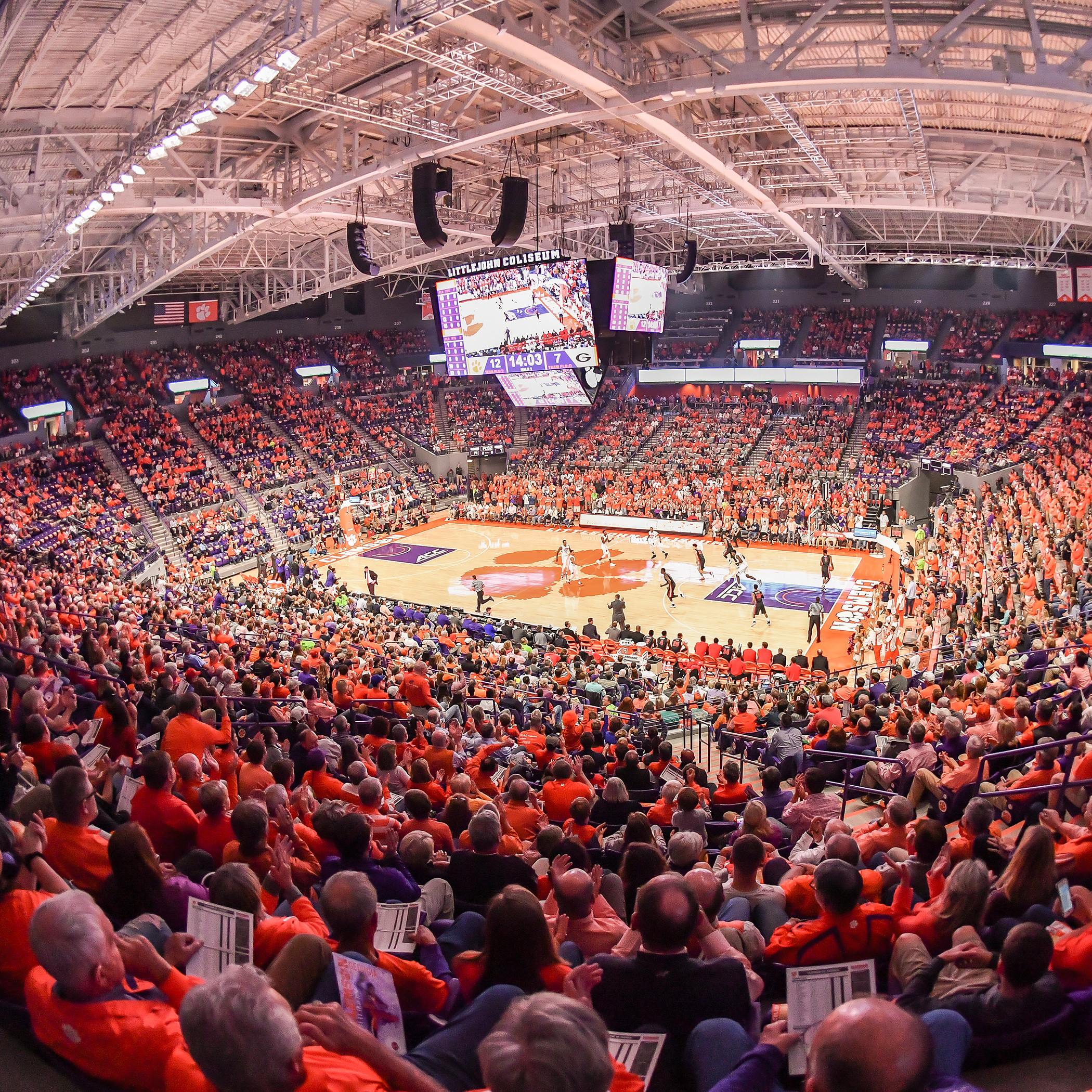 Their mission? Build a bigger base of support for basketball.

“We had to create a sense of pride and find a group of folks who were behind Clemson basketball,” said Brownell. “We’ve done everything from taking a bunch of boosters to Italy with us in 2013, to hosting events at my house, to playing in golf tournaments and meeting folks for lunches and dinners all across the Southeast to try and get a groundswell of support. Once we started to build some positive momentum, I knew this was going to happen. I didn’t know how big the project was going to be, but I hoped it would be really big.”

Brownell’s wishes came true, as he saw plans come together for a $63.5 million renovation of Littlejohn Coliseum. The project, which was completed in October and christened with a grand-reopening victory over Georgia a month later, has pushed Clemson’s basketball facilities into the upper half of the ruthless ACC.

The renovations were much more than an upgrade to the arena itself. Swann Pavilion replaced the previous annex and includes newly-designed coaches offices overlooking a state-of-the-art practice gym. Burton Gallery was formed, giving the coliseum a new 10,000-square-foot-entrance space.

The in-game experience received a big boost. One of the major contributors is the nation’s largest center-hung curved videoboard, which houses six screens. Ribbon boards were put in place atop each portal in the seating bowl as well, significantly enhancing Clemson’s digital presentation.

Premium seating areas, both on the club and courtside levels, were put in place. Brownell credits Clemson’s administration for the vision that was implemented years ago.

“When you build a facility like this and put 400 club-level seats in, you have to fill them,” he said. “When you have 60 seats on the floor and you’re charging a lot of money to sit in those seats, you better fill them.

“(Director of athletics) Dan Radakovich and president (Jim) Clements were instrumental in pushing this forward. The fan experience is off the charts. This facility has given me and everyone associated with Clemson basketball a great sense of pride.”

Nowhere is the pride more evident than in the fact Clemson’s men and women now have a first-class experience as players. Expansive space was dedicated to enhancing the player experience, something that goes a long way in the all-important battle that is recruiting.

“Your best recruiters are not coaches or anything like that,” said men’s assistant coach Steve Smith. “It’s how you treat your current players. Having this type of facility is very exciting.”

The facility enhancements not only accommodated the Tiger men’s program, but the women as well.

“It’s great to have an administration that’s willing to invest not only in the men’s program, but the women equally,” said women’s assistant coach Daryl Oliver. “A lot of programs don’t have that type of full support.”

Brownell echoes the assistant coaches with regards to the player experience.

“We’ve never really had a place our players and the women’s team could go and just hang out,” he said. “Now, we have a quality player lounge that our guys hang out in before and after practice. We used to eat our training table meals on the concourse of the old coliseum, but now we use our recruiting room and have a much better situation.”

Clemson has positioned itself well for the next several years with the renovation, signaling a firm commitment to both basketball programs.