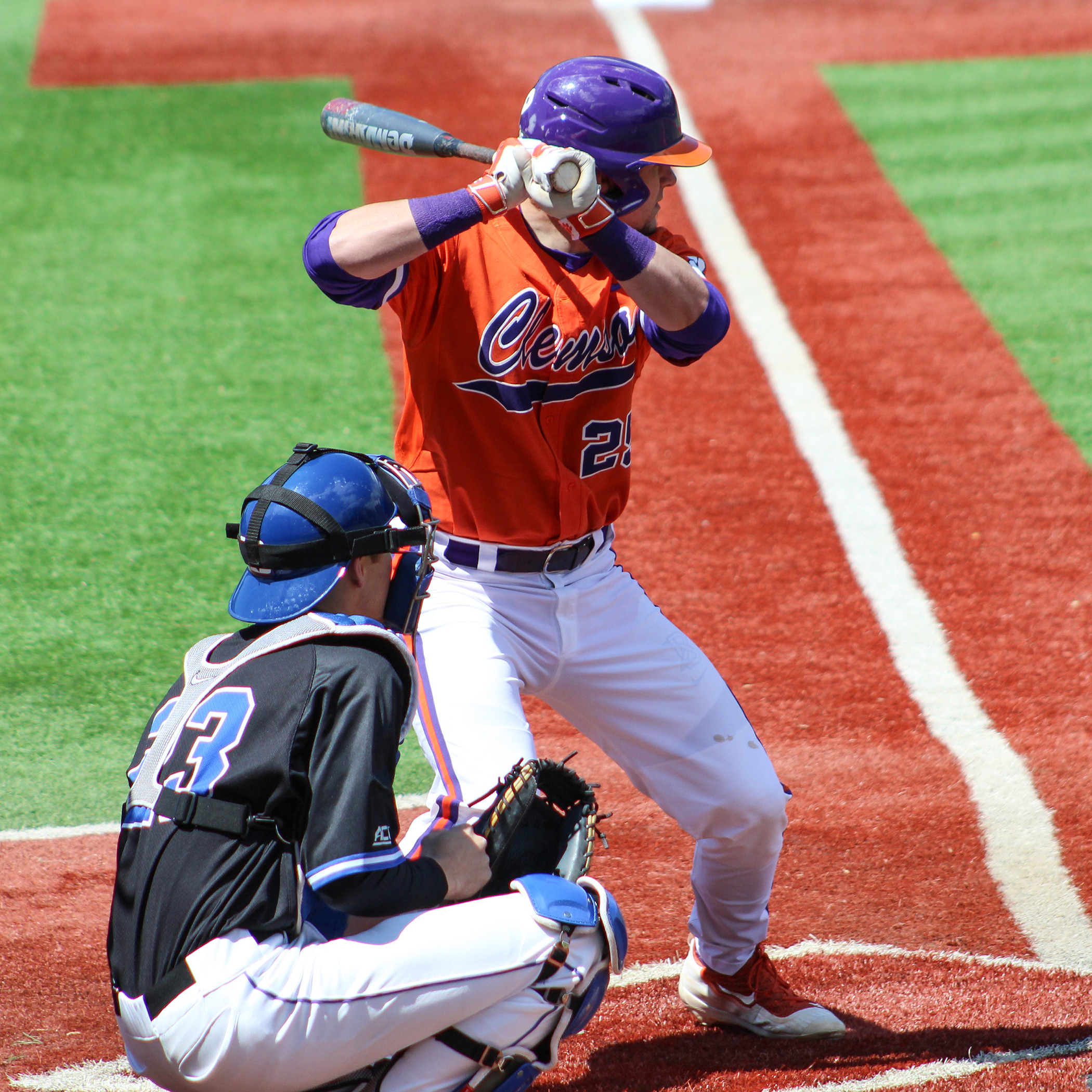 Comeback Tigers Do It Again

DURHAM, N.C. – Trailing 2-1, it had not been the Tigers’ day as Chase Pinder stepped up to bat with two outs and the bases empty in the top of the ninth inning at Duke on Saturday afternoon. High winds that kept many deep drives in the ballpark that were caught for outs along with unseasonably cold temperatures had not worked in Clemson’s favor during the first eight innings, and Duke’s pitching and defense had stifled any potential rallies.

But a glimmer of hope manifested itself on a throwing error that allowed Pinder to reach first base in the night inning, Duke’s first error of the series. Then, Jordan Greene, who had been moved up to the second spot in the order for Saturday’s game, walked to bring Chris Okey to the plate. Okey got behind 0-2, but then laced the third pitch, a changeup on the outer half, to right-center for a triple, just out of the reach of Evan Dougherty, to score Pinder and Greene and put the Tigers up 3-2. A quick 1-2-3 inning from Pat Krall later and the Tigers walked away victorious.

“We had a lot of tough luck today,” said head coach Monte Lee. “We hit some balls hard that got caught and played from behind for most of the ballgame, but we never gave in. With two outs in the ninth, we find a way to get guys on base and we’re down to our last strike. Chris Okey does an unbelievable job of staying on a tough pitch and hitting it in the opposite-field gap to score two runs and give us the lead. We came up with the big at-bat right there at the end when we needed it the most.”

Players have expressed throughout the season that the entire lineup is capable of coming up with big hits or defensive plays in clutch situations, and that production is a big part of what makes this team special. Okey echoed similar sentiments after Saturday’s win, noting the importance of the confident energy in the dugout.

“We’re never out of it,” expressed Okey. “No matter what the deficit is, whether we’re up by three or down by three, we’re never out of it. The energy is going to be the same. Everybody is pretty even-keeled, and we don’t really ride that emotional roller coaster. I would play with this team 24 hours a day, seven days a week. This team and coaching staff is awesome to play for, and I love it.”