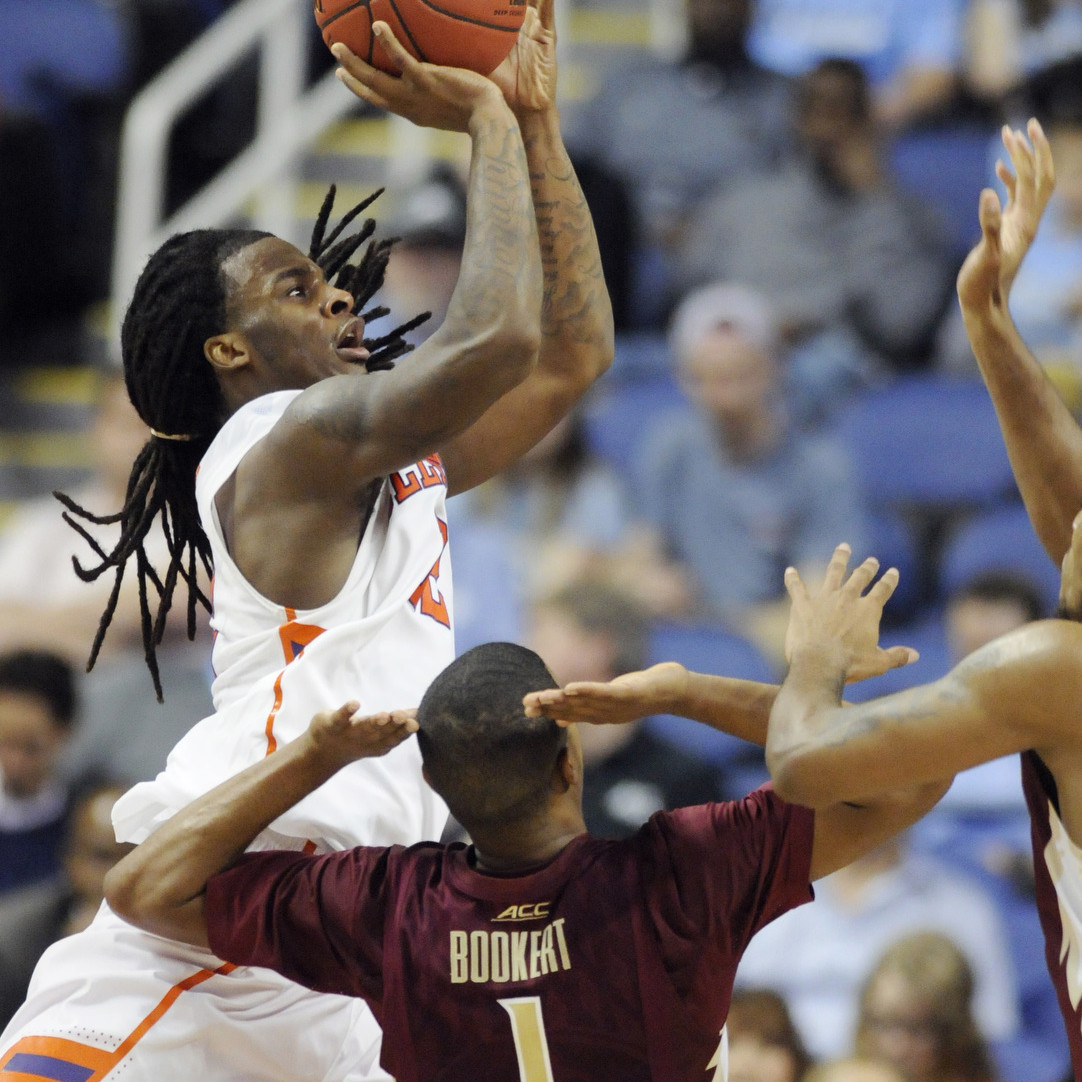 GREENSBORO, N.C. — Florida State withstood a furious rally from Clemson late in the second half and preserved a 76-73 win over the Tigers in the second round of the ACC Tournament at Greensboro Coliseum on Wednesday. Clemson cut a 20-point lead to two with 25 seconds left, but Rod Hall’s attempt to tie rolled off the rim and the Seminoles added a free throw to provide the final margin.

Clemson (16-15) saw the Seminoles win for the sixth time in eight ACC Tournament meetings, and for the second time this season. The two teams swapped road victories earlier in the year. Florida State improved to 17-15 with the win and faces No. 1 seed Virginia on Thursday.

Hall didn’t want his final ACC Tournament to end in disappointment, and carried the Tigers on his back down the stretch. At one point, he scored 14 straight for Clemson. The senior from Augusta, Ga., finished with 25, his high scoring mark as a Tiger. Jaron Blossomgame (14) and Gabe DeVoe (10) added double figures, as the Tigers shot 42 percent overall and 87.5 percent at the line.

Clemson struggled on the defensive end, allowing the Seminoles to shoot 54.5 percent. Xavier Rathan-Mayes, one of the ACC’s top freshmen, finished with a game-high 30 points in his first tournament game. Montay Brandon added 17 for the ‘Noles.

The Tigers trailed at the break, 33-26, and were down 57-37 at the 9:09 mark of the second half before Hall began the rally. Down 12 with just 1:19 to play, Clemson forced four turnovers and converted seven points off of them — the last two after FSU’s Phil Cofer slipped on an inbounds pass and the ball went straight into Blossomgame’s hands for an easy bucket.

Clemson still had a chance to tie late with possession of the ball down three, but DeVoe’s wing trifecta was off and Blossomgame’s offensive putback was short as the final buzzer sounded.