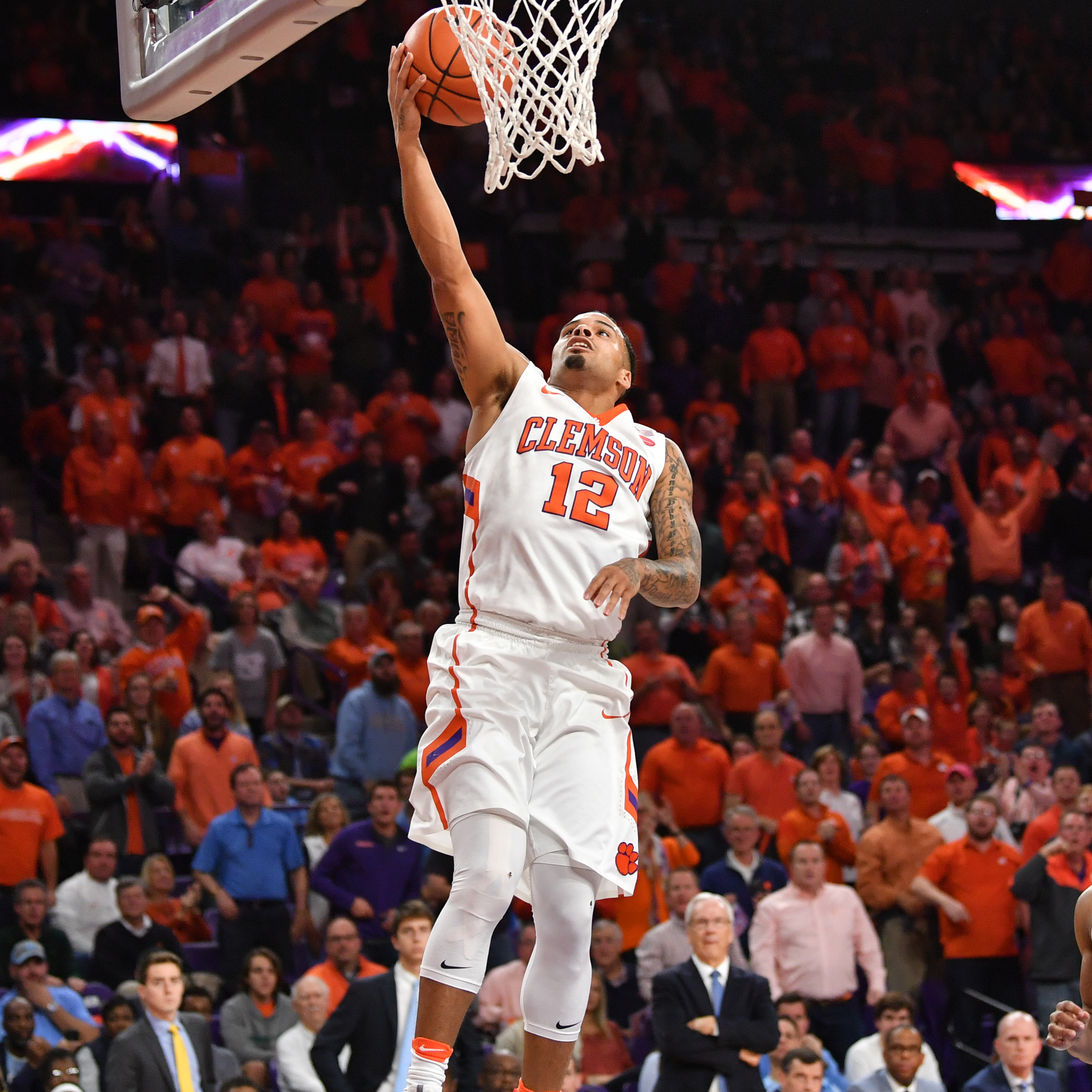 “They guarded us better than anybody has all season,” said Williams, who has seen his team break the 100-point barrier on four occasions in regulation this season.

That resiliency, particularly on defense, has become a mainstay of Clemson’s recent play, and, as the Tigers’ most prominent attribute, it should also come to define a team hungry for greatness.

Despite coming up short, Clemson’s fortitude in its biggest test of the season thus far was apparent.

“It’s a great league, and these are the kind of games you’re going to be in,” Clemson head coach Brad Brownell said following the clash. “You’re going to have to win a bunch of close games.”

Coming off of an emotional, hard-fought victory at Wake Forest, the Tigers showed no signs of resting on their laurels against the Tar Heels, turning an early 7-2 deficit into an eventual 16-11 lead, thanks to the trademark on-ball pressure that impressed Williams.

The Tigers were outrebounded 51-32 by the much taller North Carolina team, but they refused to allow that to sink them. Making up for the disparity on the glass, Clemson blocked nine shots and forced 18 turnovers, nearly trumping UNC’s size with its activity level on defense.

After the Tar Heels used a 15-3 run to take a 75-67 lead with just over five minutes remaining, the Tigers clawed back. It is not unusual for an unranked team to bow down to a perennial powerhouse, such as North Carolina, late in a pressure-packed game, but that was not the case Tuesday. Brownell’s Tigers were poised and crept right back in it.

Clemson’s feistiest player was responsible for rejuvenating the Tigers when they needed it most, as senior guard Avry Holmes, who scored 20 points on the night, quickly moved the Tigers to within three via a shot from beyond the arc and a layup off of a steal.

The aforementioned Clemson resiliency was on display the entire game, emanating throughout the rotation. After committing a near-costly turnover with the Tigers trailing by three and under half of a minute to play, Clemson guard Marcquise Reed did not allow that to mar an otherwise fantastic night for him. He followed a missed Tar Heel free throw by knocking down the biggest shot of the game.

With a clutch three-pointer that sent the game to overtime, Reed provided an exclamation mark on the Tigers’ night. Though the Tigers were unable to translate their late comeback into a victory, the major takeaway from the thriller versus UNC is that the Tigers stood toe to toe with one of college basketball’s great programs.

And that is what makes the Tigers such a promising bunch. The ability to adapt in the face of pressure using the various strengths of each individual player is the defining factor for any college basketball team looking to make a mark, and, so far this season, the Tigers are passing with flying colors.

“I’m proud of my guys for the way we competed and fought,” Brownell said after the game. Competing and fighting are certainly two on-court traits that have come to define this year’s Tiger squad, and, if they continue to embrace their reputation as a resilient bunch, winning should come to define the 2016-17 Clemson Tigers as well.