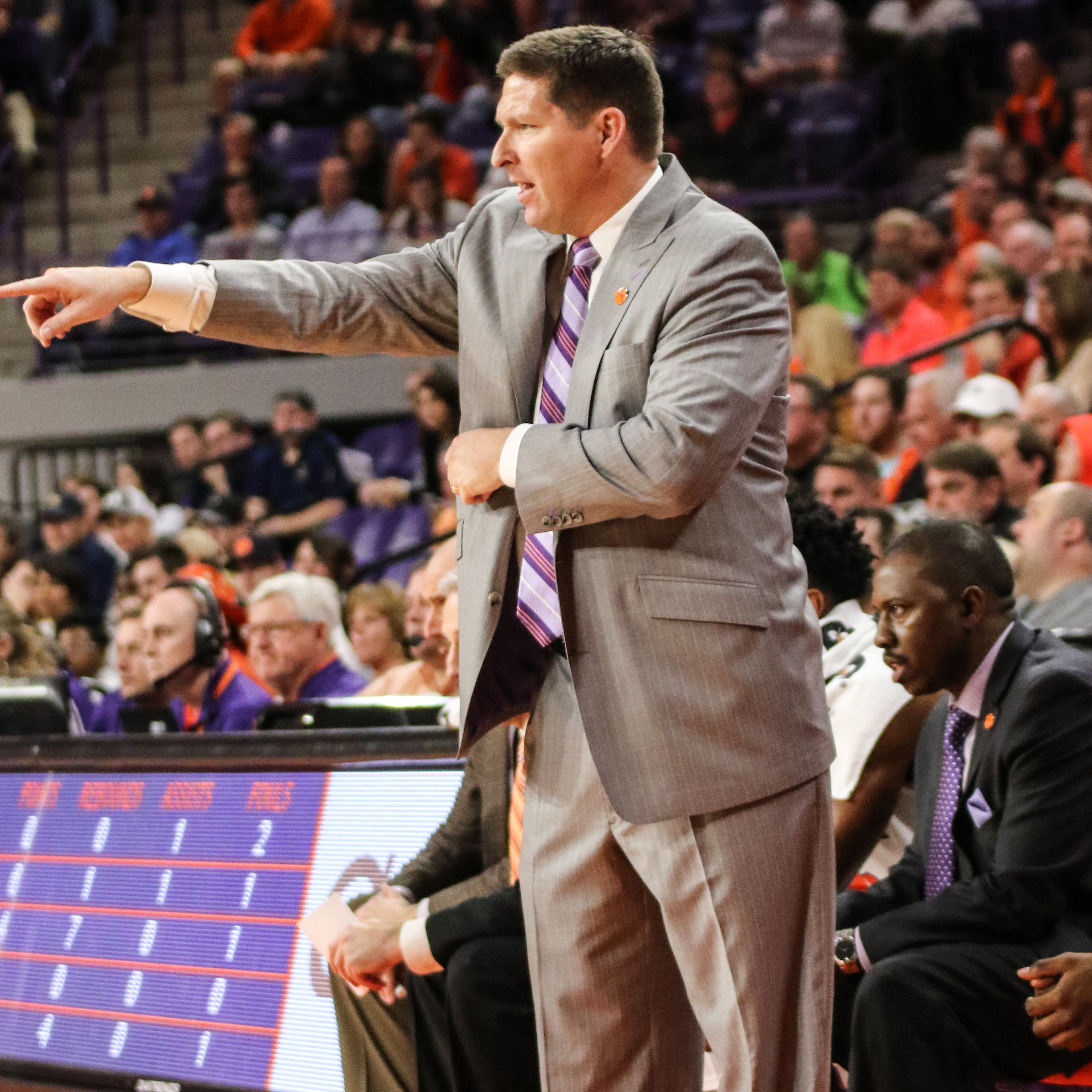 With the Clemson Tigers’ 74-62 win over the Georgia Tech Yellow Jackets on Wednesday, Brad Brownell now stands at second place all-time for ACC victories by a Clemson head coach with 55 in total. While that mark is a reflection of many things associated with Brownell’s seven seasons, it is ultimately about commitment, an attribute that has come to define the Brownell-led Tigers.

Throughout his tenure in Tigertown, Brownell’s teams have consistently displayed all of the on-court traits that mesh with the “Clemson Grit” mentality that he espouses. Characterized by a team-first, sharer’s mentality on offense and a relentless attitude on defense, the Brownell era has come with a multitude of memorable moments. Battling for 40 minutes, no matter the opponent or the venue, has become synonymous with what it means to play for the Clemson Tigers, and Brownell is to thank for that. Despite playing in the nation’s deepest conference, with blue blood programs and future NBA lottery picks, the Tigers have proven time and time again since 2010 that they belong. From Tanner Smith to K.J. McDaniels to Jaron Blossomgame, selfless leaders have been a constant on the Tigers’ roster, all molded by their mentor on the sideline.

Appropriately enough, over the course of the past two games, the Tigers have collected two ACC victories by playing the style of basketball that goes hand-in-hand with Brownell’s philosophy. After holding the Pitt Panthers to 60 points on the road, the Tigers continued their defensive upswing by keeping Georgia Tech’s offense in check Wednesday. Forcing 17 turnovers and only allowing one three-pointer, Clemson swarmed the Yellow Jackets from start to finish. Speaking on his team’s recent play, particularly on defense, Brownell told reporters after the game, “We had some stretches where we really played well, especially defensively. I know we had seven or eight consecutive stops early in the second half.”

Despite a number of tough losses to high-level teams in January, the Tigers have rebounded and continued to emphasize improvement defensively with the calendar turning to February. Never one to rest on his laurels, Brownell expects his team to continue to improve by embracing the grit and growth formula that has gotten them this far.

“I think that this team needs to continue to take strides,” he said after the game. “We certainly can be better, and we are working toward it.”

In a season in which the ACC has been remarkably competitive, deep and unpredictable, the Tigers have not strayed from the path that their head coach has led them on. Built upon trust, selflessness and, most of all, commitment, Brownell’s core principles serve as the bedrock of Tiger basketball.

Winning in the ACC is never easy, no matter the team or talent level. Through hard work, perseverance and commitment, the wins will come, and Brad Brownell is living proof of that. There is still plenty of basketball to be played this season, and if his team’s play over the last week is any indication, a commitment to winning should pay plenty of dividends for the Tigers.