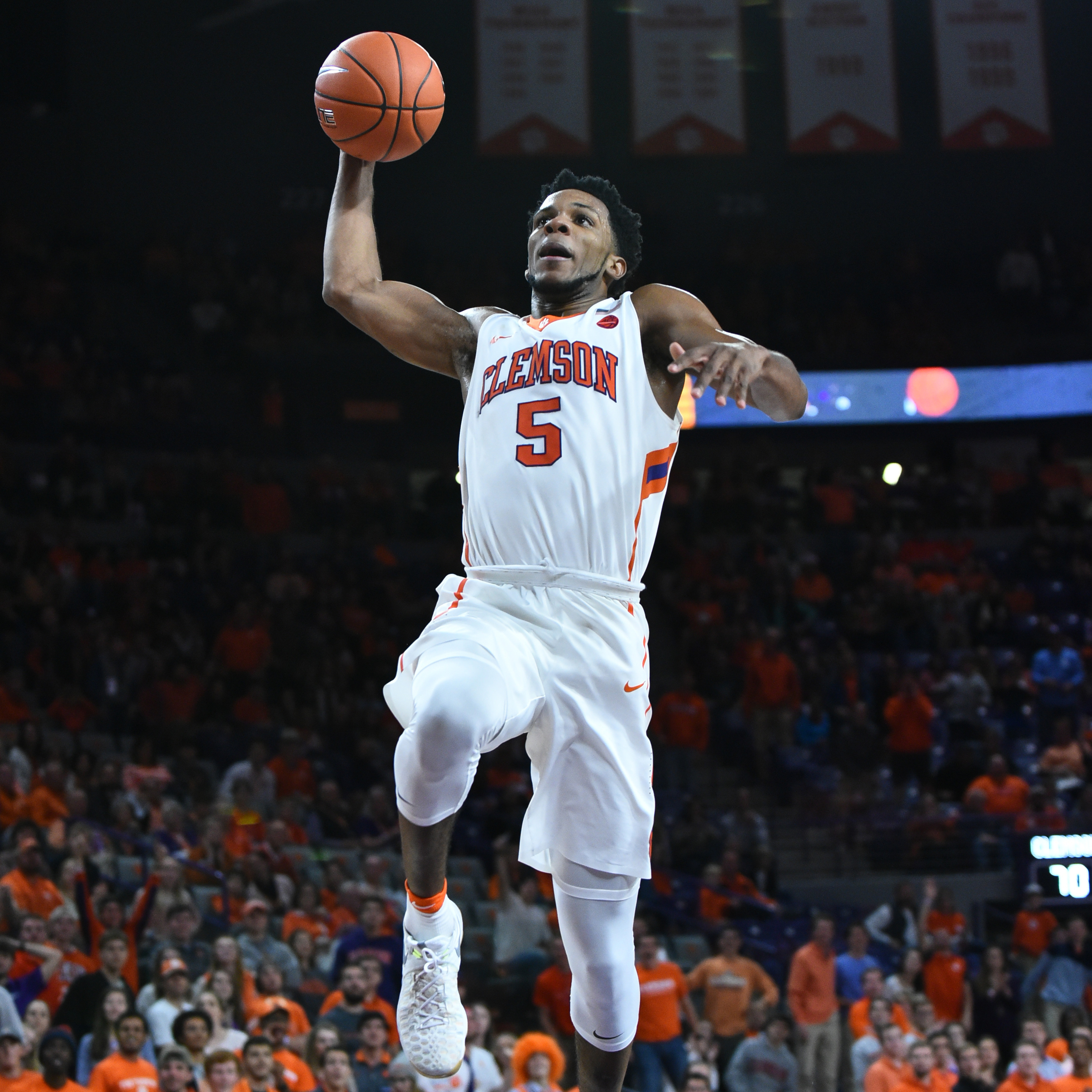 Last season was a magical one for Clemson forward Jaron Blossomgame, as he exceeded general expectations en route to producing perhaps the most well-rounded season in the history of the Clemson program. Earning All-ACC honors and recognition as the ACC’s Most Improved Player as a result, Blossomgame made a definite impact in his junior campaign.

Now a senior, Blossomgame is incurring the natural effects of achieving such a marvelous junior season, having all eyes fixated on him game in and game out. After serving as a key cog in Clemson’s first four games, Blossomgame showcased his maximum potential by being more in the Tigers’ 83-74 home victory over the High Point Panthers on Friday night.

Playing all but two minutes, Blossomgame manned the attack for the Tigers on both ends of the floor, finishing with an impressive stat line that featured 27 points, four blocks and three steals.

Blossomgame’s tenacity is infectious, as the entire Clemson squad feeds off of his energy and pace of play. Blossomgame came up with two thunderous dunks against High Point, one of which served as the most pivotal play of the game for the Tigers. With just under five and a half minutes to play, the Tigers led by six points, but momentum was entirely on the streaking Panthers’ side. However, Blossomgame put an end to High Point’s scoring stretch with a crucial steal and an ensuing breakaway dunk to provide the Tigers with some much-needed breathing room.

“It was really good to see Jaron (Blossomgame) play the way that he did in the second half,” said Clemson head coach Brad Brownell of his star player. “I thought he was outstanding offensively.”

Playing in his 100th career game, Blossomgame epitomized exactly what has him on the verge of one of the all-time Tiger greats.

As diverse as any basketball player in the ACC, Blossomgame’s work ethic helped brace the Tigers in a hard-fought victory over a feisty High Point team. His 27 points were a season high and came in a variety of ways around and away from the basket.

Clemson boasts a plethora of scorers this season, none more key to the Tigers’ success than Blossomgame. The Tigers will assuredly be looking to build off of the momentum accrued from their offensive display against High Point, and with Jaron Blossomgame reestablishing himself as one of the ACC’s premier scorers, the ceiling for Clemson’s offense is virtually limitless.